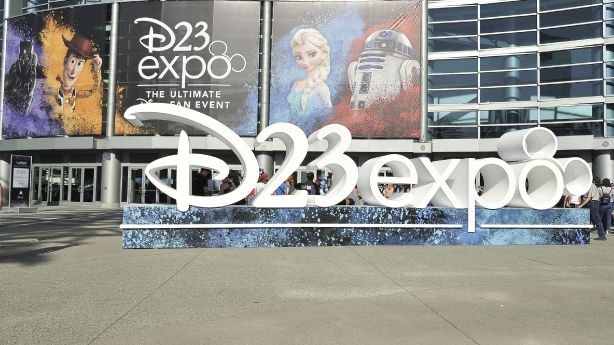 EVERYTHING DISNEY – Disney's D23 Expo has given way to dust, and we all know the big announcements like the new trailer for "Star Wars: Episode IX – The Rise of Skywalker" and an expanded view of the live action Remake of "Mulan".

But aside from these big tickets, there are a few things you might have missed at the D23 Expo – and I'm here to let you know.

The biennial event, called the "World's Largest Disney Fan Event," took place last weekend in Anaheim, California. Murdered at the box office last year and has become one of Marvel's hottest homes. We knew there would be a sequel, but we did not know when ̵

Hulk was a staple in the Marvel Cinematic Universe, but he's about to get company. There were several announcements about Disney's new streaming service, Disney +, and one of them was the new series "She-Hulk."

We do not know much about the series yet, but it should be fun to look at Develop.

The Star Wars preachers have their problems, and many people disagree about them, but one thing that seems universal is that Ewan McGregor was a great Obi-Wan Kenobi.

Now thanks to Disney, we get to see more of him.

The Untitled Obi-Wan series will allegedly play McGregor and take place in the "Star Wars" universe at about the same time as "Solo: A Star Wars Story."

We've already reported on the new footage for "Rise of Skywalker," but a new poster has also been released on D23 – and it has a familiar face.

I'm not sure what that means. But the face of Emperor Palpatine can be seen on the new poster for "Episode IX", as he seems to have both Kylo Ren (Ad bin driver) and Rey (Daisy Ridley) as they compete with lightsabers.

Cruella de Vil gets her own live action remake and Oscar-winning actress Emma Stone plays the lead role as the title villain.

Stone's casting was announced some time ago, but the first image of her as the legendary Disney villain was unveiled at D23. It's a different shot, but I'm curious to see what she has in store.

The live action remake of "Lady and the Tramp" now has a trailer. It was also announced that the film will be broadcast on Disney + on November 12th.

I feel that people are eager to subscribe to Disney +.

Epcot at Disney World gets its very own attraction based on "Mary Poppins returns. "

We do not have much information and we still do not know when it will come out, whether it's a ride or a tour, but we know it's coming.

The Moloch, known as "Frozen", gets a Disney roller coaster.

While this is exciting, there is a bit of hiccup: you can only drive it when you visit Disneyland Hong Kong.

Marvel gets a whole section of the park at the Disney California Adventure Park, and it's been announced that the second phase of this area will involve a ride on a Quinjet. You can fly along the Avengers while saving the world once more.

No official date has yet been announced for the trip.

Star Wars: Galaxy's Edge has been a big draw for Disneyland so far You're not done yet. A new attraction called Rise of the Resistance is brought to the park, and new footage was released at D23 in the form of a commercial .

According to the official description of the ride, it will "blur the landscape" between fantasy and reality, putting guests in a critical battle between the First Order and the Resistance. Guests are recruited to join Rey and General Organa at a secret base. On the way they are captured by a star destroyer of the first order. With the help of some Heroes of Resistance, they break out and must escape the Star Destroyer, protect the secret base, and be one step ahead of Kylo Ren.