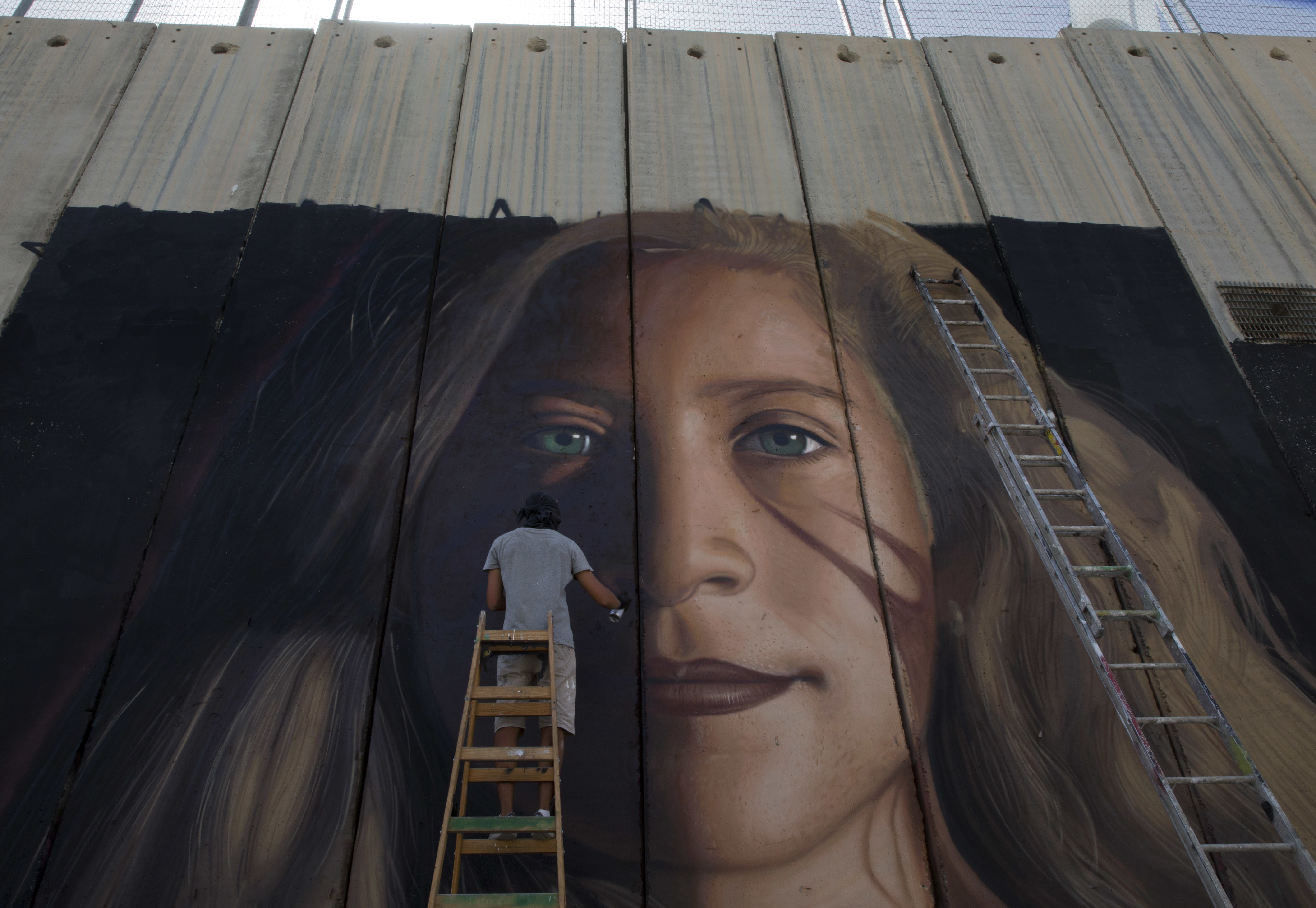 The two artists – Jorit Agoch and Salvatore De Luise – were arrested on Saturday in the city of Bethlehem in the West Bank after spending days designing the Ahed Tamimi mural, a prominent Palestinian demonstrator who spent eight months in Israel had been detained because he had beaten two soldiers

in fact and along with a Palestinian, arrested for vandalism, according to police, who said they were trying to flee the scene.

The artists were detained in two separate detention centers and on Sunday Israel canceled their visas and ordered them to leave the country within three days.

Her lawyer, Azmi Masalha, told the Associated Press that the Israeli authorities had not filed any criminal charges. In addition to ordering their departure, Israel banned them from returning to the country for 10 years.

An Israeli immigration spokeswoman did not immediately respond to requests for comment.

Tamimi, 17, was arrested in December after she had beaten two Israeli soldiers outside her family home. Her mother filmed the incident and posted it on Facebook, where he became viral and immediately made Tamimi a symbol of resistance to Israel's 50-year military rule over the Palestinians

. In Israel, it is seen by many either as a provocateur Irritation or as a threat to the deterrent policy of the military.

Tamimi's case has attracted international attention and she was received by a hero when she was released from prison on Sunday.

The lawyer, Masalha, The artist drew the mural in a sign of "solidarity" with Tamimi.

Masalha said he suspected the detention of artists suspicious of the separation barrier and questioned the timing of Tamimi's release.

"They were arrested on the fourth day of the execution of this graffiti painting, although there is a military lookout tower and they were under this observation point from the first day, and I am interesting why this incident took place on the fourth day," he said.

Masalha said diplomatic representatives from Italy had been involved in the release of the artists.

Three new posts on an Instagram account that are believed to have been Agoch's photo of the work's mural, a photo of an Israeli police vehicle, and a black and white handwritten note: "Thank you all!"