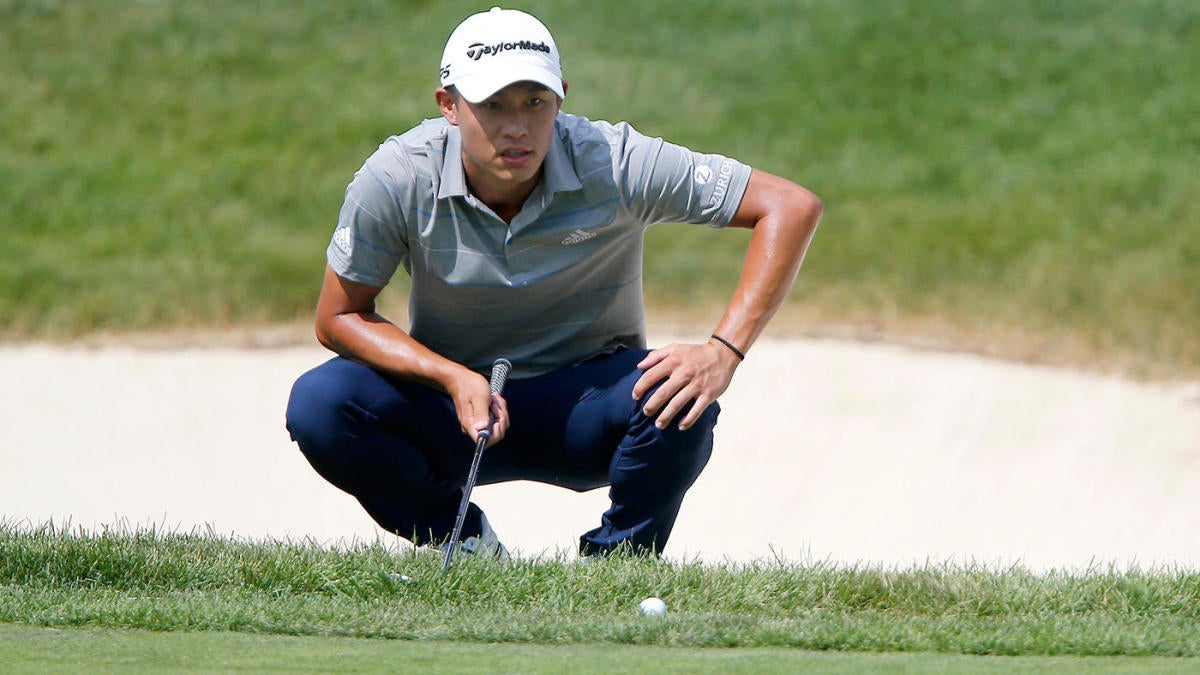 After the first round of the first Workday Charity Open, there is no shortage of storylines in Muirfield Village. One of the youngest and brightest potential stars – Collin Morikawa – on the PGA Tour holds the lead after absolutely decimating the course on Thursday at 65, and he has many fascinating pursuers behind him.

Muirfield Village was another star on Thursday, especially after some of the numbers golfers posted in the first three events. Round 1 scoring average was a little over 72, but after what we saw at the Detroit Golf Club last week, it probably felt like a US Open. In round 1 last week there were 1

0 rounds with 66 or better. There were only two on Thursday at Muirfield Village.

Morikawa shot one of them as we take a closer look at what he did in the first 18 holes and what is one of the most exciting players on deck today.

1. Collin Morikawa (-7) – What a show from perhaps the best iron player in the world. It was until his very last shot of the day that Morikawa built a bogey, but until then his pillow was thick enough to still take the lead in lap 2 with one blow. His name may not be particularly recognizable, but there is a lot of stamina in it going into the last 54 holes. This round also suggests that he was a bit burnt out two weeks ago when he missed his first cut as a professional at the Travelers Championship. The top 5 positions from the tee and his approach strokes on Thursday – not to mention a top 25 putting day – will be hard to beat for the rest of this field. Going from wire to wire in this area is instant star status with super star status just around the corner.

2. Adam Hadwin (-6) – The Canadian is probably more known for his short game than his tee-to-green game, but both worked well on Thursday. He also makes my “Corey Conners at +200 to be low Canadian” bet look pretty bad after 18 holes.

T3. Hideki Matsuyama, Zach Johnson, Nick Taylor and Aaron Wise (-5) – It should come as no surprise that Matsuyama played great at Muirfield Village on Thursday. He has had success on this course in the past and shot a 65 at the Rocket Mortgage Classic a week ago this weekend. As always with Matsuyama, history is his putter. On Thursday it was Good Hideki and he finished in the top 25 in putting. If that happens (and it doesn’t happen often!), He’ll be at the top of the leaderboard.

T7. Justin Thomas, Pat Perez, Louis Oosthuizen, Tim Wilkinson, Peter Malnati, Ian Poulter, Patrick Reed, Adam Long and Graeme McDowell (-4) – The best part of Thomas’ game is his iron game, and he’s one of the few really elite tee-to-green players in golf today. He finished in the top 10 on approach shots on Thursday and showed off his skills on a course where you get countless hanging lies, balls under your feet, and beveled shots in irritated greens. His putting was slightly above average, it has to stay right there so that he can start this Sunday. Mission accomplished on day one for JT

T87. Phil Mickelson (+1) – It was a roller coaster ride one day for Lefty on lap 1. He had a putt for 31 on the first nine and then came home in 40. So what has changed? Well, mostly his tee-to-green game. He received six (!) More strokes from tee to green (most of it with his iron game) on the first nine (which played one hit easier) than on the rear nine. These are the two versions of Mickelson that we probably have to live with most of his career with. He gave us the full preview on Thursday.

T110. Brooks Koepka (+2) – The four-time major champion also drove a roller coaster on Thursday, but it was the opposite of Mickelson’s ride. Koepka went out at 41 (what ?!) and had three birdies come home to give themselves the chance to do the cut on Friday. It was inconsistent throughout the year, although it looked as if its trajectory had changed a little at the RBC Heritage a few weeks ago. Bad iron play, however, has made him fail in round 1, and the best living major player has some question marks as the first major of the year approaches.

• I mentioned it from above, but I think players are likely to feel a bit beaten up from this place after the first three weeks have been played so easily. A longer distance, a higher rough and more height differences will probably lead to a better determination of who hits the ball best in a particular week.

• Morikawa may have the best non-Rory McIlroy swing on the PGA tour. He made some beautiful cracks on Thursday, including a 3-wood in # 15 that led to an eagle that was absolutely awesome.

• Bubba Watson made a 9 and two 6s. Ryan Palmer also made a 9 (on a par 3). A tough day around Muirfield Village for some of the best in the world.

• This exchange with Jon Rahm was the best.

CBS Sports has been with you all the time and has updated this story with the latest results, updates and highlights from the Workday Charity Open below. Check out the live results above in this story or a more detailed ranking.