4 other superfoods that can help too 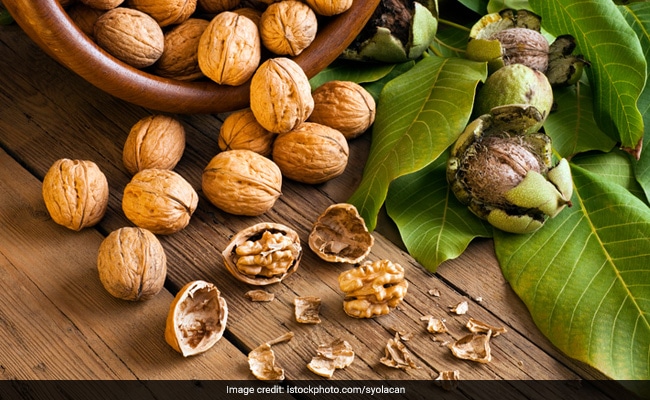 Here's another reason to love walnuts. If the results of a recent study are believed, eating a handful of walnuts can halve the risk of developing type 2 diabetes compared to those who do not eat nuts. The sample size of the study was more than 34,000 adults. Walnuts are rich in omega-3 fatty acids or polyunsaturated fatty acids.

1; the vegetable omega-3 fatty acid (2.5 grams per ounce))
According to the latest findings, the doubling of walnut consumption (or the consumption of 3 tablespoons) was associated with a 47 percent lower prevalence of type 2 diabetes.

"The strong link between walnut consumers and low prevalence of type 2 diabetes is an additional justification for the inclusion of walnuts in nutrition Other research has shown that walnuts may also be beneficial for cognitive function and heart health", said Lenore Arab University of California, Los Angeles (UCLA).

Approximately 34,121 adults between the ages of 18 and 85 were asked about their dietary intake, if they were diagnosed with diabetes, or if they took diabetes medications.

For the study, participants were also tested for diabetes using standard laboratory measurements, including fasting plasma glucose and hemoglobin A1c.
The results showed that eating walnuts indicated a lower risk of type 2 diabetes compared to those who did not eat nuts, even after adjusting for factors such as age, sex, race, education, BMI and physical activity

It's not the first time walnuts have come to the fore. Previous studies have shown that consuming half a cup of walnut per day can protect the digestive system by increasing the amount of probiotic bacteria in the gut. Few studies in the past have also reported walnut protective effects against heart and brain disease
Diabetes mellitus is a condition characterized by elevated blood sugar levels. Diabetes is currently one of the leading killers in the world. According to the WHO, 422 million people worldwide were diagnosed with diabetes in 2014. Your diet forms a crucial part of your overall diabetes management.

Here are 4 foods you need to include in your diabetes diet, apart from nuts, of course.

3. Beetroot: Beetroot, rich in vitamins, minerals, fiber and phytochemicals, can help combat diabetes. The natural sugar in beetroot is not converted into glucose too fast, making it a good choice for diabetics.

4. Guava: Guava has a low glycemic index. Guava is high in fiber, which helps to feel full for longer and ensures that there is no sudden increase in blood sugar levels.

(With inputs from IANS)

As the coronavirus rises, medical emergencies that are not COVID take a back seat and put patients at risk

Doctors rate hydroxychloroquine as the “most effective” coronavirus treatment