4 wounded at LA shooting; Police are hunting for suspects 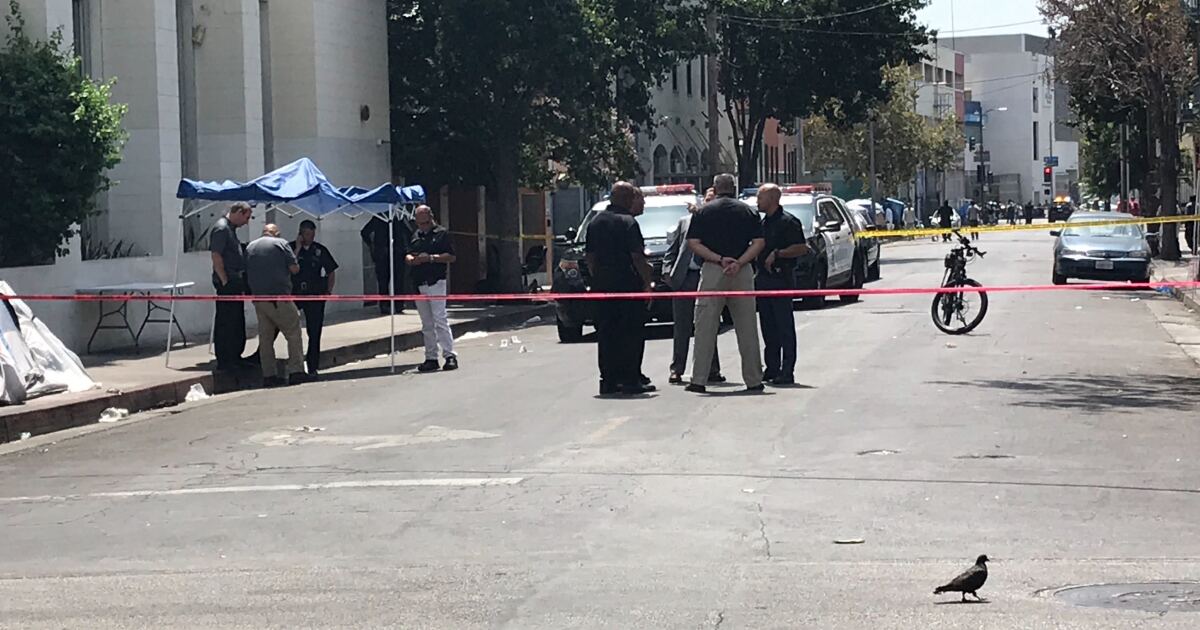 A gunfight in downtown Los Angeles wounded four people Thursday afternoon and police searched for a man and woman suspected of being attacked.

Shortly after noon, shots were fired at San Julian Park
In 5th Street and San Julian Street, where homeless people often gather, according to LAPD
, The park
is located one block east of the police department
Central Division Station.

The authorities said the shootings took place after two people in a white SUV – a woman and a man – had an argument with someone in the park. The police say the people in the vehicle shot at the park.

The four people who were shot
were taken
to a nearby hospital with injuries that did not seem life-threatening, officials said.

"That's unusual. They occasionally have shots here, but four are a lot, "said Captain Scott Harrelson.

Only one of the wounded was targeted during the shooting, the police said. A social worker and a security guard in the park were also hit by gunfire. Both were shot in the arm.