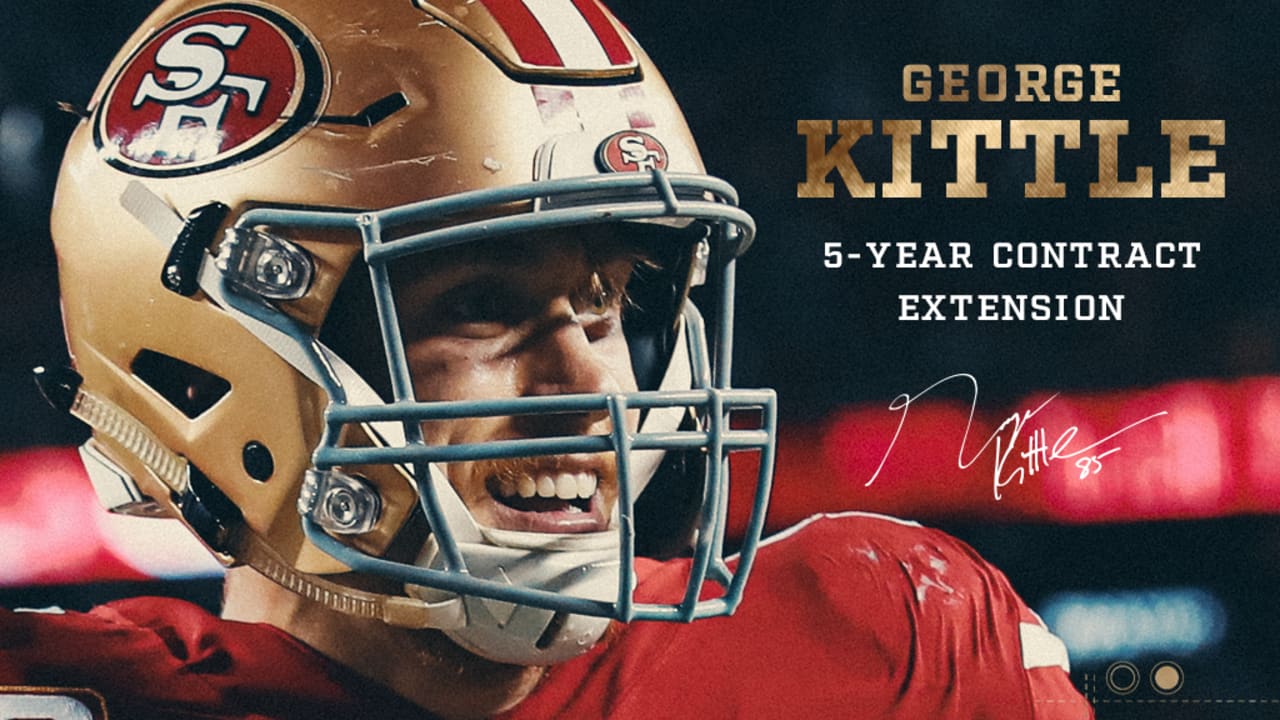 The San Francisco 49ers announced on Friday that they have signed All-Pro TE George Kittle for a five-year contract extension through the 2025 season.

“We are delighted to have an agreement with George to keep him red and gold going forward,” said General Manager John Lynch. “George was part of our first draft class and, like everyone else, represents the core values ​​we desire in the players we use to build our team. His talent and spirit are unique, his will and strength contagious, and his production undeniable. We can’t. ” Wait and see what the future has to offer for George and our team with him. “

46th overall) of the 2017 NFL Draft. Over the past three seasons, Kittle has played 46 games (37 starts), registering 216 receptions for 2,945 yards (13.6 average) and 12 touchdowns. He also started all three postseason games he appeared in, adding eight receptions for 71 yards.

In 2019, Kittle started 14 games and registered 85 receptions for a team high of 1,053 yards and five touchdowns in the regular season, along with eight receptions for 71 yards in the postseason. He was the fifth player in franchise history and the first close finish to record multiple receiving seasons of 1,000 yards.

In addition to his All-Pro and Pro Bowl honors, Kittle was appointed to the Pro Football Writers of the American All-NFL Team (2019) and All-NFC Team (2018-19). In 2019 he received the San Francisco 49ers Len Eshmont Award, chosen by the players and given each year to the 49ers player who best exemplifies the “inspirational and courageous game” of Len Eshmont, a member of the original 1946 49ers team . Kittle received the team’s Bill Walsh Award in 2018, given to the 49er who best represents the standard of professional excellence set by Walsh.