500 million years of climate history were based on plate tectonics 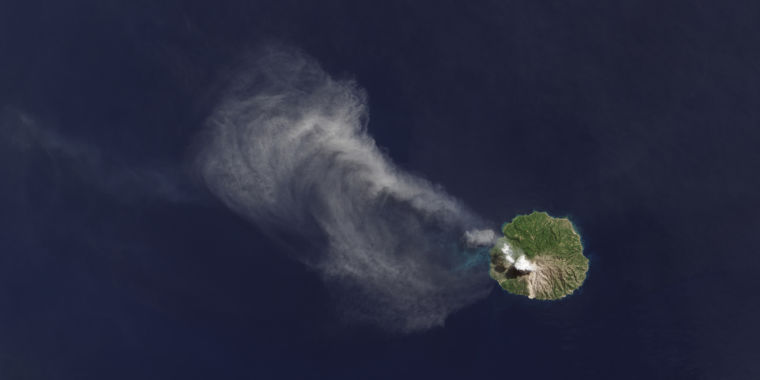 In general, it is easy enough to understand the climate patterns of the past millions of years – the world looked just like today, so changes in greenhouse gas concentration or ocean circulation may play a role relative to what we see now. However, if you go back further, you can find very different climates and a rearranged map of the continents, and these require more creative thinking.

For example, the glacial periods in the recent past are not unique. But most of the last 500 million years have been much warmer – what has caused the climate to slowly drift to warmer or cooler temperatures over millions of years?

In the great history of Earth's history, the climate has remained within a habitable temperature range, thanks in part to the moderating influence of feedback loops within the system. The weathering of silicate minerals in the rock z. For example, CO 2 withdraws from the atmosphere. In a warming climate, weathering can accelerate, remove more greenhouse gases and stabilize temperatures. Cool the planet and slow down the weather so that greenhouse gases can accumulate better.

(This is true for a geological time scale – this will not help us in the next century, but it is an important long-term thermostat.) [19659007] But Earth was like a house full of passive and aggressive roommates, with the set point of the thermostat seems to change periodically. The call of geology to explain these major changes leads more or less to two options: Either the release of CO 2 by volcanic activity changes or something strengthens the processes that CO 2 aspirate the atmosphere , In recent years, researchers have compared these things to the pattern of climate change to see how they correlate.

A new study by Francis Macdonald of the University of California, Santa Barbara, strongly advocates plate tectonics, which deal with the thermostat through collisions between lines of volcanic islands and larger continents – especially in the tropics.

The idea is not new. Events like these are a good candidate for climate change. When one of these "volcanic arcs" collides with a continent, the volcanoes die and stop their release of CO 2 . More importantly, some of their igneous rocks are being blown up onto the continent. The researchers say that this exposed igneous rock is extremely effective in removing CO 2 when weathered. The tectonic squeezing pushes the rock further upwards, preventing it from being buried and exposed to the elements.

In the tropics, warmer temperatures and abundant rainwater are ideal for maximizing the weather – even in great ice ages, ice plates are closer to the poles. The number of these collisions at any one time – and their location – is pretty much a car accident of plate tectonics. Thus, if large collisions occurred in the tropics for several million years, the impact on the amount of CO 2 in the atmosphere could be considerable.

To test the idea using a good example of Earth history, the researchers assembled a map of reconstructed plate tectonic collisions (sometimes referred to as "seams") as the colliding rocks cling to each other) dating back to the Cambrian time ago 540 million years. They compared this with the proven evidence of ice sheets and how close the equatorial ice cover was.

Your hypothesis looked good. The correlation between the collisions between volcanic arches and continents in the tropics and ice cover is very good. The largest glacial periods are consistent with times when these collisions were 10,000 to 14,000 kilometers long and exposed to fairly weather-resistant rocks. In other, warmer times, the length of these tropical collisions dropped to 4,000 kilometers or less.

If you include collisions outside the tropics, the correlation is a bit weaker. This is not surprising, as rocks exposed by large-scale collisions could not weather so quickly.

The researchers argue that the overall picture supports the idea that the removal of CO 2 by weather is more important than a change in the release of CO 2 from volcanoes. If volcanic release were the key, then the global correlation would be at least as good as the correlation in the tropics, since it does not matter where CO 2 is published.

Researchers similarly compared ice coverage with several different types of volcanic activity. There is some correlation with the length of the continental lines of volcanoes (such as the modern Andes or Cascades), but it is nowhere near as good. Another idea is that rare but massive outbreaks – such as the Deccan Traps-Lavas that cover much of today's India – spewed huge amounts of weather-resistant rock in the tropics. However, the correlation with this type of activity appears to be quite poor in this analysis.

This gives the researchers a proper explanation for the truly long-term climate variability in Earth's past. "[O] Our model explains both the formation and the termination of ice ages," they write. "This pattern has been repeated at least three times throughout [last 540 million years]. When abundant tractates [of weatherable rock] were exhumed and eroded in the tropics, the earth was in a glacial climate, and if not, the earth was in a non-glacial climate.