A Cosmic Riddle: Why is the Milky Way galaxy becoming gaseous? 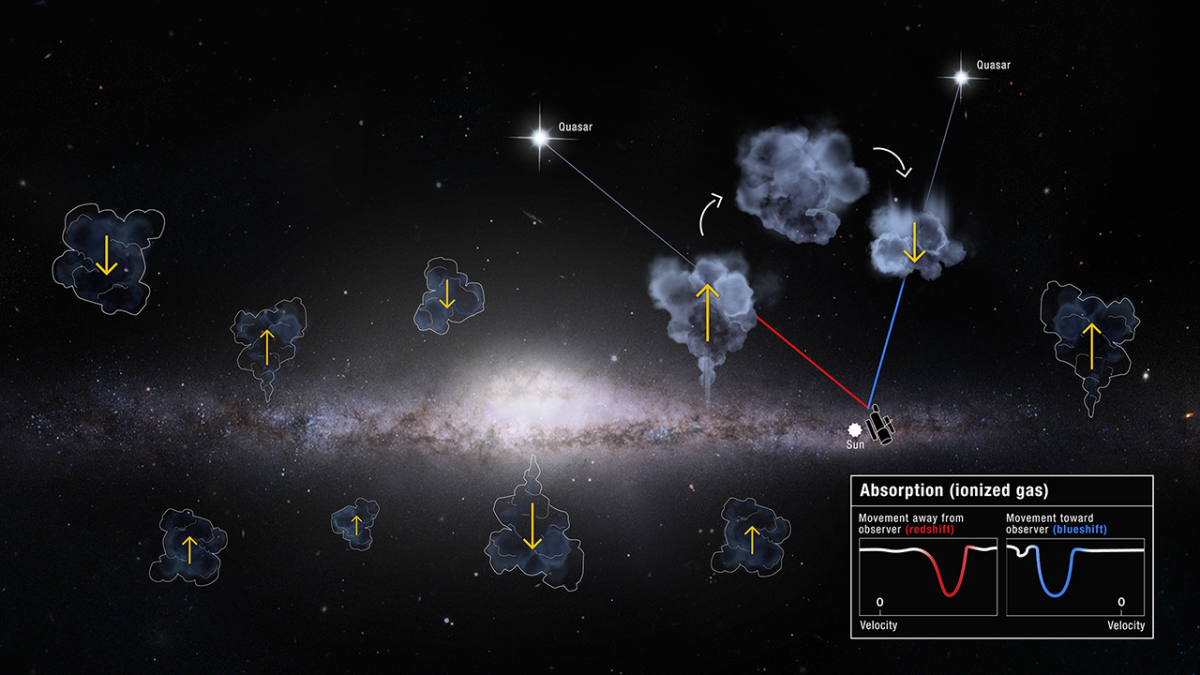 Astronomers have discovered a strange excess of gas in the Milky Way galaxy.

Using 10-year data from NASA's Hubble Space Telescope, the team of astronomers concluded that more gas is flowing into and out of our galaxy. Instead of a balance between gas entry and exit, there is a significant imbalance, although the team behind this finding has not yet discovered the cause of this gaseous disparity.

The researchers used data from Hubble's Cosmic Origins Spectrograph (COS) to allow the space telescope to study objects that absorb or emit light, and to determine aspects such as temperature, chemical composition, velocity, and density. With COS, the team was able to observe and track the movement of gases in the galaxy: the gases appear redder as they move away from our galaxy, and blue as they get closer due to the phenomena of redshift and blue shift.

This allowed the researchers to find that there was more "blue" (entering) gas than "red" (outgoing) gas. Although the researchers have not pinpointed the cause of this imbalance, they believe that this may be due to one of three causes.

First, astronomers believe that this excess gas could come from the interstellar medium. Second, they suggest that the Milky Way uses its impressive magnetism to bring gas from smaller, nearby galaxies such a statement .

Since only cool gases were investigated in this study, researchers believe that even hotter gases could contribute to this result.

Gases leave our galaxy when events such as supernovae and stellar winds push them out of the galactic disk of the Milky Way. When gases fall back into our galaxy, they contribute to the formation of new stars and planets. The balance between the influx and the outflow of gases is therefore important to regulate the formation of objects such as stars in galaxies like ours.

"The detailed study of our own galaxy provides the basis for the understanding of galaxies in the Universe.We have realized that our galaxy is more complicated than we imagined," said co-author Philipp Richter of the University of Potsdam in the statement ,

This research is published in in a study in the Astrophysical Journal.

“Oumuamua could be a huge interstellar hydrogen iceberg

Start of SpaceX-NASA: What you should know before the scheduled flight on Saturday

Climate change is helping to make the world’s trees younger and shorter. : NPR