A deadly quake hits the Indonesian island of Lombok 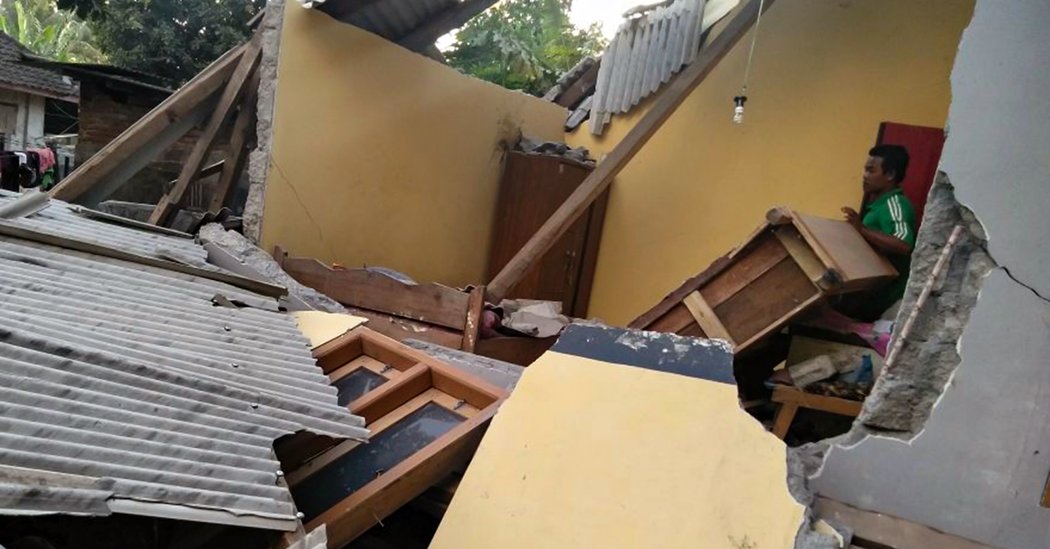 "We jumped out of bed to avoid anything falling over our heads," said Jean-Paul Volckaert, awakened by the quake at the Puncak Hotel near Senggigi on Lombok Island.

"The water in the pools swayed like wild sea," he said on the phone, though he said he saw no harm there.

The quake, which was soon followed by a 5.4 magnitude aftershock in the same area in eastern Indonesia, was centered in the northern part of Lombok, about 50 kilometers northeast of the city of Mataram, Indonesia, the United States Geological Survey said:

Indonesia's Civil Protection Department said many buildings had been damaged but no detailed information on victims was available.

Sutopo Purwo Nug roho, spokesman for the agency, posted on Twitter pictures of houses with collapsed roofs and walls

Mount Rinjani National Park, a popular trekking destination, was temporarily closed due to the possibility of landslides, he said a statement.

A local news station, Metro TV, reported that people were still asleep when the first quake hit early Sunday and they fled in panic from their homes. Most were still waiting in front of their homes, afraid of aftershocks.

The earthquake hit at 6:47 am on Sunday, and its shallow depth would have increased its impact. The aftershock of magnitude 5.4 struck less than an hour later.

While earthquakes in Indonesia, which is on the seismically active ring of fire surrounding the shores of the Pacific, are common, a quake with a magnitude of 6.4 is considered strong can cause severe damage

More than Im In December 2016, 100 people were killed when a similar-magnitude earthquake shook the Indonesian island of Sumatra

The earthquake on Sunday was on land and did not cause high waves or tsunami.