Breaking News
Home / Health / A doctor has tested a new treatment on himself. Now it can help others with this rare disease.

A doctor has tested a new treatment on himself. Now it can help others with this rare disease. 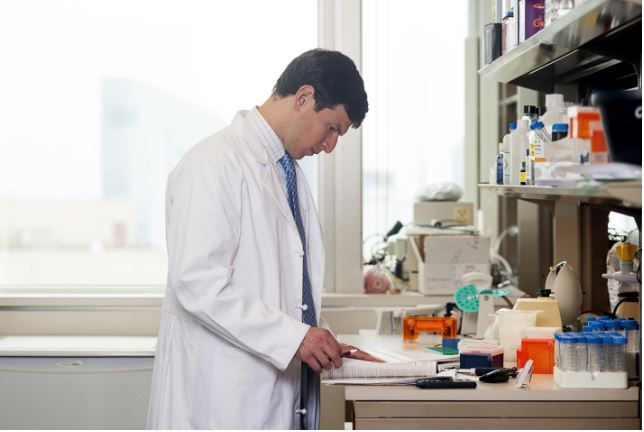 A doctor's attempt to understand his own rare disease led him to test an experimental treatment on himself that may have worked. The doctor David Fajgenbaum, assistant professor at the University of Pennsylvania's Perelman School of Medicine, has been in remission since his first use as a "subject" five years ago.

Now a new study suggests Fajgenbaum treatment can help others with this rare inflammatory disease known as Castleman's disease.

The new study shows that patients with severe forms of the disease who have not responded to previous therapies may benefit from a treatment that targets a specific cellular pathway known as the PI3K / Akt / mTOR pathway. Related: 27 Strangest Medical Case Reports where the main author of the review (Fajgenbaum) is also a patient in the study.

The doctor's search began in 201

0, when Fajgenbaum, who at the time was an athletic 25-year-old physician, suddenly became ill. He developed swollen lymph nodes abdominal pain, fatigue and an eruption of small red spots on his body, the report says. Fajgenbaum's condition soon worsened and became life-threatening.

Fajgenbaum has This heavier form, known as Idiopathic Multicenter Castleman's Disease (iMCD), which according to the report is only diagnosed at 1,500 to 1,800 Americans a year. The severe form of the disease is similar to several autoimmune diseases but like cancer also causes overgrowth of the cells, in this case in the lymph nodes. About 35% of people with iMCD die within five years of diagnosis. Although there is an approved treatment for Castleman's disease, a drug called siltuximab, not all patients respond to the therapy.

Fajgenbaum fell into this group. No existing therapy helped him and his symptoms returned again and again – in the 3.5 years after his diagnosis, he was hospitalized eight times, it said in the report. But by examining his own blood samples, Fajgenbaum identified a possible clue to his illness. Just before flare, he saw an increase in the number of immune cells called activated T cells, as well as an increase in the levels of a protein called VEGF-A. Both factors are regulated by the PI3K / Akt / mTOR signaling pathway.

In the new study, Fajgenbaum and colleagues report that two more patients with iMCD also had elevated levels of activated T cells and VEGF-A before their symptoms flared up. After treatment with sirolimus, both patients also showed a sustained remission. So far, both patients were 19 months without relapse.

"Our findings are the first to link T cells, VEGF-A, and the PI3K / Akt / mTOR pathway to iMCD," said Fajgenbaum in a statement . "Most importantly, these patients improved when we inhibited mTOR, which is crucial because it is a therapeutic target for patients who do not respond to siltuximab."

and larger studies will be needed to show that this drug is an effective treatment for iMCD. Soon, Fajgenbaum and colleagues plan to start a clinical trial to test sirolimus in up to 24 patients with iMCD.