A dozen demonstrators were arrested outside the McConnell office 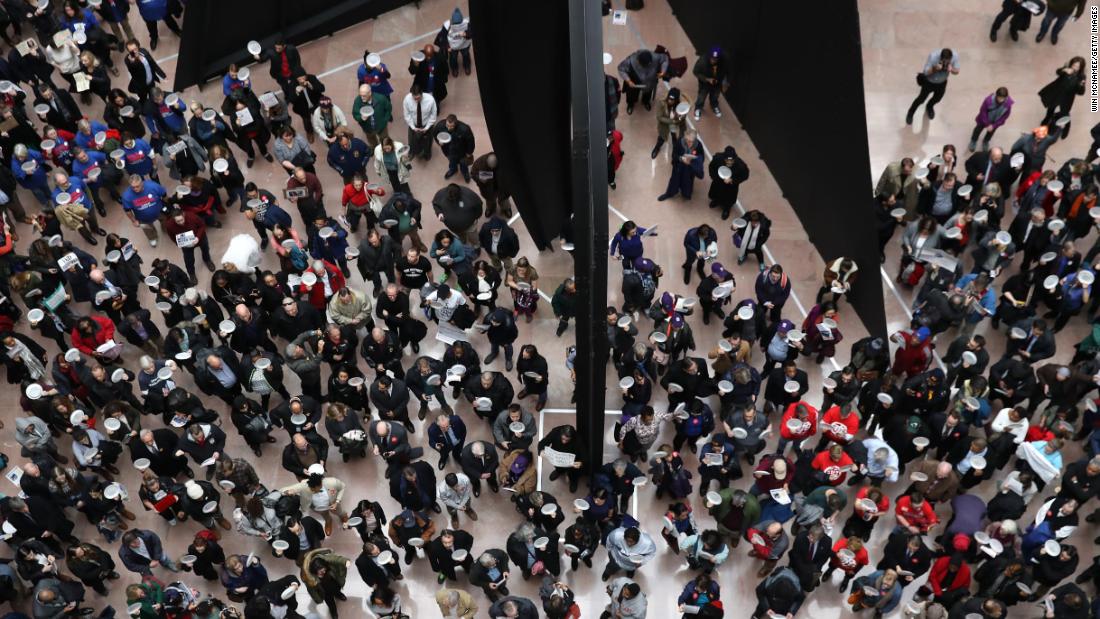 The arrests, reportedly by the Capitol Police spokeswoman, Eva Malecki, for "unlawful demonstrations" were made after J. David Cox, head of the US Federation of Government Employees, and Randy Erwin, president of the National Federation of federal employees, entered McConnell's office in the Russell Senate Office Building and asked for a meeting with the Kentucky Republican.

After learning that McConnell was out of office, the two of them, along with ten other people, were in charge. Demonstrators sat on the floor in front of the office singing, "Where's McConnell?" and "stop the shutdown."

After being held for some time by the demonstrators and the Capitol Police, the group was arrested and charged with "overcrowding, disability or disability."

The sit-in was held shortly after a major demonstration in the Hart-Senate office building, where the demonstrators stood silent for 33 minutes each day that the shutdown took place. The protest, organized by union representatives and attended by many federal employees, included Democrat MPs Jan Schakowsky, Ayanna Pressley, Jamie Raskin and Ro Khanna.

The protesters are pushing to end the stalemate over the reopening of the government after funding for around 25% of the government expired on 22 December. This has had far-reaching consequences, including the closure of some national parks, longer runs at airports and hundreds of thousands of federal employees go without a paycheck, some on vacation and some have to work.

President Donald Trump has pushed for his campaign more than five billion dollars promise of a wall along the US border with Mexico, and the Democratic congressional negotiators have refused to move, causing a halt to the longest closure the government in history.