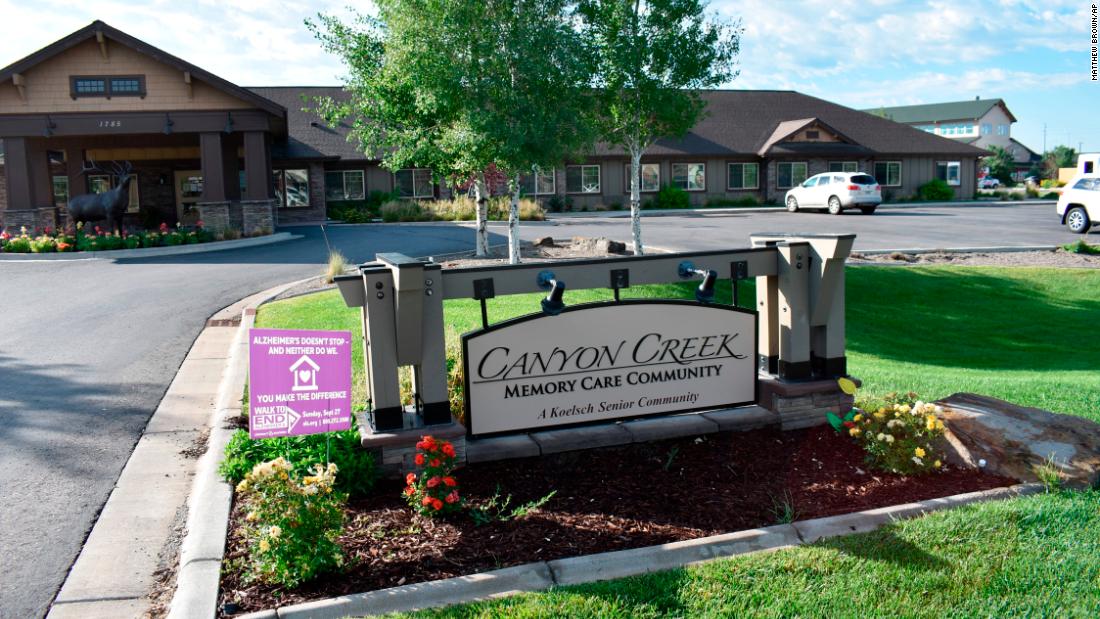 Almost all residents and some Canyon Creek Memory Care employees now have Covid-19, and according to official reports, eight residents have died from the disease.

On June 30, a Canyon Creek resident showed symptoms of Covid-19, Chase Salyers, a spokesman for Koelsch Senior Communities, the company that operates the facility, told CNN.

After this person’s test was positive, the facility tested everyone on July 3rd, Salyers said.

That number has grown since then. At least 55 residents and 36 employees have now tested positive, Pat Zellar, a spokeswoman for RiverStone Health, Yellowstone County̵

By Tuesday, eight residents had died of the disease, said Zellar. Two of these deaths have occurred since Sunday.

The facility was tested free of charge by the state of Montana on June 16, Salyers confirmed.

However, Salyers said the state testing program “did not test all residents, but only a limited number of people within the community.”

“In addition, residents of our community have been tested since the outbreak began, and all of these test results have been negative,” added Salyers.

“All of our residents who had symptoms since the onset of the outbreak were immediately referred for testing,” said Salyers.

The state of Montana has reported only 34 deaths from Covid-19 so far, according to the state. According to a RiverStone press release, 13 of these deaths are attributable to Yellowstone County.

The eight deaths in Canyon Creek account for nearly 25% of the state’s deaths and more than 60% of the county’s deaths.

According to its website, Koelsch Senior Communities operates more than 35 facilities in eight federal states.