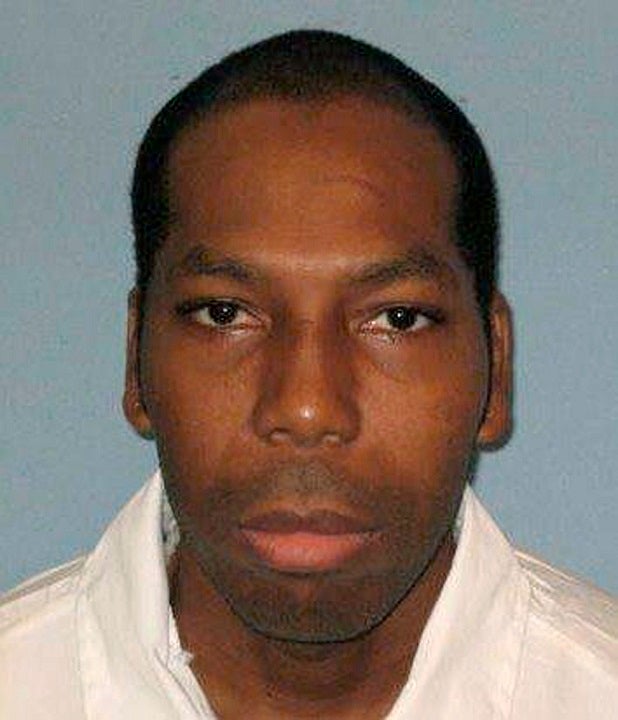 ATMORE, Ala. – A Muslim detainee who has filed a lawsuit because Alabama does not allow his Islamic spiritual adviser to be present in the execution chamber was killed Thursday after the country's highest court cleared the way.

Dominique Ray, 42, was pronounced dead at 22:12 for a fatal injection in the state prison in Atmore.

Ray had argued that Alabama's execution procedure favors Christian inmates because a Christian pastor employed in prison remains in the execution chamber during a fatal injection, but the state does not allow his imam

State lawyers said that for security reasons, only prison employees be allowed in the chamber.

watching the execution of an adjacent witness room after visiting Ray in the last two days. There was no Christian chaplain in the chamber, a concession to which the state agreed.

Ray, strapped to a stretcher in the death chamber, was asked by the supervisor if he had any last words. The detainee said an Islamic explanation of his belief in Arabic. Then he made a hand gesture consisting of a closed fist with his forefinger and glanced toward the execution room, AL.com reported.

The 11th US Court of Appeals on Wednesday had suspended the execution because of religious arguments. However, the US Supreme Court allowed him to make a 5-4 decision on Thursday night. The judges cited the fact that Ray had addressed the challenge only on January 28 as the reason for the decision.

Judge Elena Kagan wrote deviantly that she considered the decision to allow the execution "deeply wrong."

Durham did not say Any other state where the execution protocol requires a Christian chaplain to be present in the execution chamber is known. 19659005 Alabama Amending Commissioner Jeff Dunn said this was the first time the state had objected to the chaplain's presence. He said the state would review the procedures to see if anything needed to be changed.

Ray was sentenced to death for rape and murder of a 15-year-old girl in 1995. Tiffany Harville disappeared from her Selma home on July 15, 1995, and her decaying body was found in a cotton field a month later.

It was Alabama's first execution of the year.

Ray was convicted in 1999 of another man, Marcus Owden, confessed his role in crime and implicated Ray. Owden told the police that they picked her up for a night in the city and then raped her. Owden said Ray cut the girl's throat. Owden pleaded guilty to murder, spoke out against Ray, and served a life sentence without parole.

A jury recommended the death penalty for Ray 11: 1. According to AL.com, no representative of the Harvilles family participated in the execution.

Ray's lawyers had also requested in the legal documents to suspend the execution for other reasons. Lawyers said the defense team had not been notified that records from a state psychiatric facility indicated that Owden was suffering from schizophrenia and delusions. The Supreme Court also dismissed the motion.

Spencer Hahn, one of Ray's attorneys, said he was appalled that Ray was treated unequally at his death because he was a member of a religious minority.

"Domineque was a devout Muslim and a human being, he was a son, a father, a brother, he wanted equal treatment in his last moments," Hahn wrote in a statement.

Alabama Attorney General Steve Marshall made a statement in which he rejoiced that the court could continue the execution.

"For 20 years, Domineque Ray has escaped execution for the barbaric murder of a 15-year-old Selma girl … Tonight, Ray's long late appointment with the judiciary is finally coming to an end," Marshall said.