A sad raven bums out of his friends 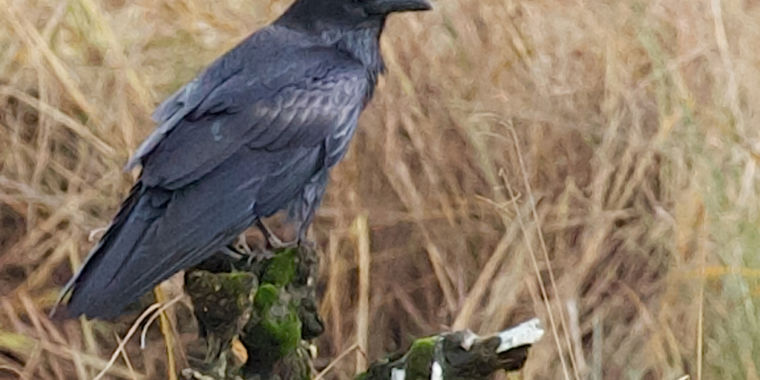 As social creatures, we subconsciously match moods with those around us and not just when a cranky supervisor darkens your day ( Editor's Note : Is it something I said?). The scientific term for the spread of feelings is "emotional contagion," when it comes to grumpiness.

Studying emotions and their contagious nature in other animals can be tricky. Relying on outward displays runs the risk of conflating a simple emotion with some overt rowdiness that makes it visible. Getting at this underlying how to understand how to judge critters act in varying moods.

The first goal of the experiment was to induce a positive or negative emotional state in a raven. To pair with a pair of dog food items: dog kibbles (a highly rated treat) and some raw carrots (a hard pass). One of the items would be taken away. When the tasty treat remains in view, the raven should be enthused; it is being questioned on a white background. When the carrot was left, the bird gave it a left-side side-eye (frustration) and scratched the ground in frustration.

To study social contagion, this was done with another familiar person looking at it. From the next cage, the second raven could see the first bird's reaction, but it could not see what was inducing it. The question, then, what the first bird's mood would be to the second one.

Once a day in a row, the experiment was repeated using four friendly pairs of birds. After each go, the second bird took a sort of pessimism / optimism bias test. This is a close-up of a bird's nest on a bird's eye. On one side, the box would always contain a treat; the other side never did.

Ravens apparently can not resist the urge to peck the box even if they know it's nothing in it, but the length of time it took them to do so they had figured out the game. On the always-rewarding side, they pecked the box immediately, while they would wait two or three seconds before giving the eternally disappointing box a peck.

Are you a box-half-full bird?

But on experiment days , the second bird was presented with a twist-the box so could be smack in the middle. An optimistic bird might peck it out with a pessimistic bird might wait for it as long as it did with the eternally disappointing boxes.

Ravens that had just watched their friend happily eyeing an expected treat, in fact, behave optimistically, giving the mystery box a quick peck (this seemed to be their default behavior). But when they've just been seen scratching at the disgusting concept of a carrot, they are pessimistically waited a couple of seconds.

The experiment implies that ravens, too, are subject to "emotional contagion," feeling the negative feeling they see in a groupmate. The first raven did not actually get the treat, which meant no food squawks or caching behavior that could send the second raven searching for its share. The result seems to be more subtle than that.

The researchers explain that emotional contagion is a pretty useful way of sharing information. After all, if something is upsetting your fellow raven, it's likely to upset you, too. More generally, this information sharing is underpins empathy.