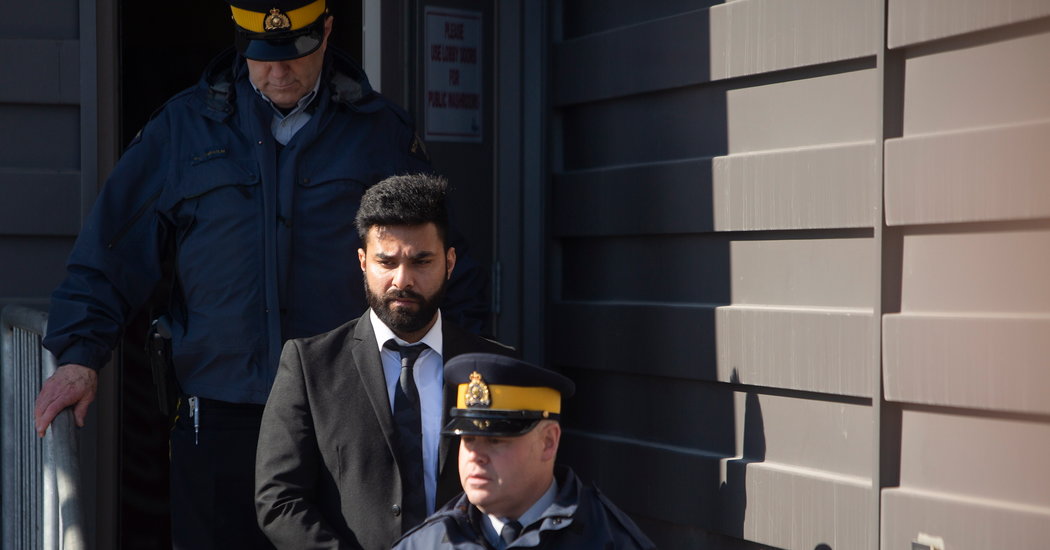 OTTAWA – A truck driver whose inattention led to 16 deaths last year in Saskatchewan aboard a youth hockey team bus, a collision that shook Canada, was sentenced to eight years in prison on Friday.

The defendant, Jaskirat Singh Sidhu, had driven a tractor-trailer laden with peat moss, about 60 miles an hour past five signs that told him to stop before the truck collided with a bus that hounded the Humboldt-Humboldt crew. Broncos, wore. Thirteen other people were injured in the crash in April, which occurred with such force that the bus fell to one side and the two vehicles slid well off the highway before coming to a standstill in a pile of rubble.

Many of the victims were young players who came from all over western Canada to live with families in Humboldt, a farm town of about 6,000. They had joined the Broncos, hoping to either pursue a career or college scholarships.

The Canadians mourned the loss of so many young lives that resulted in donations to the survivors and families of the dead from across the country. Informal monuments quickly appeared, like symbolic hockey sticks left in front of the houses.

"Families were torn apart for their loss," Judge Inez Cardinal said at the hearing in Melfort, Saskatchewan, after checking more than 100 statements from victims. "Somehow we have to stop this carnage on our highways."

Mr. Sidhu, who worked for a tiny freight forwarding company in Alberta, was on his first solo tour about two weeks after qualifying as a truck driver.

There was No Sign of Impaired by Drugs or Alcohol on the Night of the Crash He used his cell phone as he passed the corner's oversized stop sign and flashing warning light. Nothing on the corner obstructed his view of the approaching bus, nor did he notice that an oncoming car had stopped for it.

The judge said that Mr. Sidhu appeared to have been distracted by a flapping tarp on one of the trailers.

"This was not a temporary loss of attention," Judge Cardinal said. "He had plenty of time to stop his unit."

At a previous hearing, prosecutors said investigators had determined that it was not possible for the driver. The team bus, which was one of the victims, had avoided bumping into Mr. Sidhu's car.

The sentence was less than the ten years the prosecutors had been seeking, but longer than most jail sentences in Canada. Mr. Sidhu, who is 30 and lives in Calgary, Alberta, is likely to be deported to India after being released from prison.

"The punishment is subject to different views, but it is important that Sidhu pleads guilty, He has shown remorse and has been responsible for his negligent actions," said Jamie Brockman, President of the Broncos, in a statement. [19659002] Since the collision, Saskatchewan and Alberta have introduced compulsory and rigorous training for the classroom and on-the-road truck drivers, and they have also tightened up the admission tests.