A US battlefield victory against Russia's "Little Green Men" 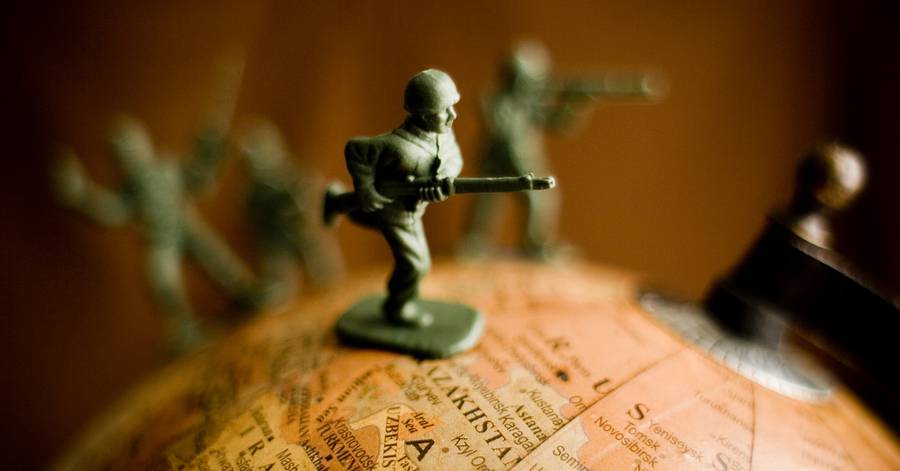 The US military has set a new precedent to counter the Russian "hybrid war". This precedent was averted in a bleak battle of weapons in Syria in early February and in March – it could even be considered a "red line" that will affect the Black and Baltic Sea from the Middle East.

The problem is that on your territory appears what the defense policy calls "little green men". They come heavily armed and dressed for the fight. They operate at the direction of a government,

Russia. However, they carry no insignia and their sponsors refuse any control over them. They operate outside the laws of war and pursue Russian political goals such as the illegal takeover of Crimea and the dismemberment of Ukraine. Through a paramilitary Russian mercenary company called the Wagner Group, they have come to support the Russian side in Syria as well.

The hybrid war encompasses all types of irregular conflicts, from small green men to cyber disruption and information operations. It is about pursuing political goals with resources that are not easily traced back to their origins. It seeks conflict without responsibility. The question is how much profit is possible under normal military means. As such, it poses particular challenges for deterrence and wartime responsibilities. These challenges are of particular and growing interest in Eastern Europe, from Finland and Sweden to the Baltics, Poland, Ukraine and the Balkans. What to Do

In Syria on the night of February 7, a group of pro-Assad fighters crossed the Euphrates and advanced to a headquarters in Deir Ezzour of the Syrian Democratic Forces. The SDF are the major US regional allies in the fight against ISIS. US Special Forces were also present in the base in considerable numbers on their mission to "advise, assist, escort".

The Euphrates marks a "deconflict line" between the pro-Assad troops supported by Russia and the US-backed SDF. The armed forces between the US and Russia are in regular exchange with each other to prevent unintentional military confrontation in the region.

Although the exact size and composition of the armed forces that night cross the Euphrates, the fact of crossing and the presence of Wagner Group mercenary is not. Nevertheless, Minister of Defense

When the US forces informed their Russian counterparts last week about the contingent dismissal on the SDF basis, they said they were "not their forces". ,

Perhaps this was a mask for a deliberate Russian investigation of US and SDF commitments to the base and securing oil deposits on this side of the river. Perhaps the paramilitaries of the Wagner group exceeded their instructions or were self-employed. Perhaps the operation was not primarily a matter for the Wagner group. Mr. Mattis, who always speaks cautiously, said, "I have no evidence that they were dishonest and that they knew that those powers belonged to them."

But if the Russian denial should cause confusion failed. The US attacked the advancing force by air, stopping their advance and destroying much of it. Estimates range from dozens to hundreds of deaths, including unknown numbers of Russians. Russia has made no significant protest in public in the following months.

The message is that if you respond to little green men who have emerged or invaded your area without acknowledging their government support, you should act immediately to fend them off instead of scratching their heads while confused they realize their presence. A "deconfection line" is not an international border, but the principle is similar.

It is unlikely that the US military attacked the SDF-based force to formulate this broader point. But it still seems to have happened, even though the Russians and pro-Assad troops supported by Iran are determined to continue to test US resolve in Syria and elsewhere.

Last month another armed force, including Russian mercenaries, crossed the Euphrates Deconfection Line towards the Deir Ezzog base. As if to emphasize the seriousness of the topic, the "deconflict" discussion this time took place at the highest military level: the chairman of the United States Chiefs

himself discussed the matter with his counterpart,

Chief of the General Staff of the Russian military

Details of this conversation did not become known. But it is hard to imagine that it contained any component of General Dunford in the following lines: If the forces are under your control, withdraw them; if not, good. ,

Mr. Lindberg is a Senior Fellow at the Hudson Institute.

Published in the printed edition of April 4, 201