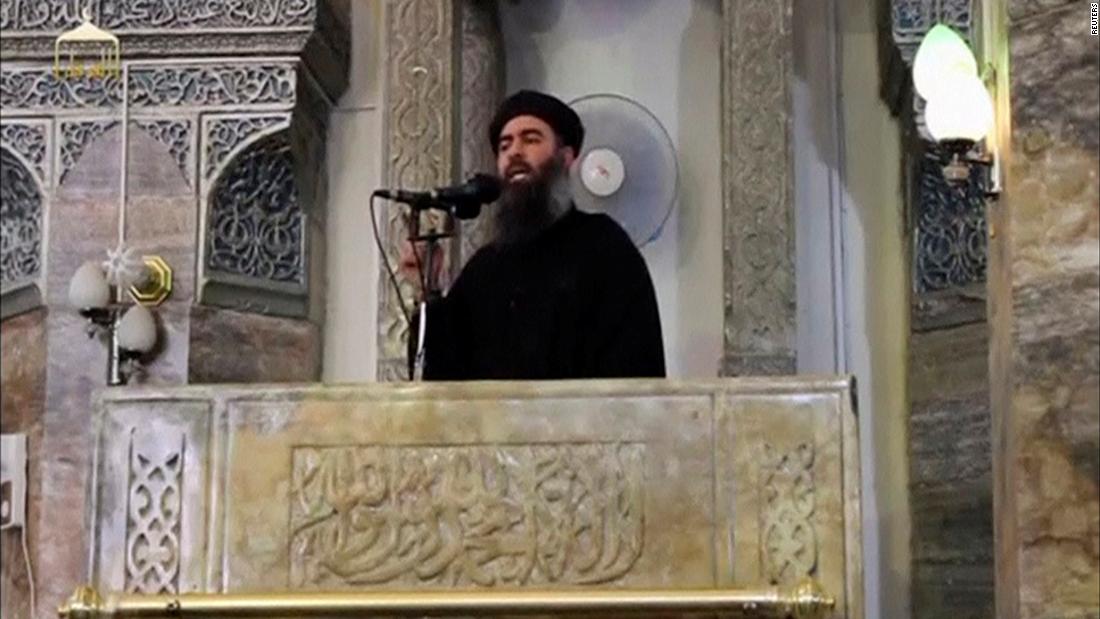 The President said a US Special Forces mission was behind the ISIS leader and that there were no US deaths during the operation.

Several ISIS fighters and al-Bagdadi comrades were killed, including two suicidal vests and three children. Trump would not provide a certain number of victims and would only call those who target the scene "dead more alive". Eleven children had been pulled out of the house unhurt, the president said.

Trump said al-Baghdadi had been chased by dogs to the end of a dead-end tunnel
and had brought three children. At the end of the tunnel, he detonated a suicide vest and killed himself and the children.

The President said "immediately" and "totally positively" "Test results showed that it was al-Baghdadi, a laboratory technician at the scene of the robbery confirmed the death of the ISIS leader.

Trump described the situation by saying that the ISIS leader" spent his last moments in utter fear, panic and fear of the American forces working on him

The President said US forces received "highly sensitive material and information from the raid, which has a lot to do with ISIS – origins, plans for the future, things we really want."

Trump told reporters noting that al-Baghdadi was under surveillance for a few weeks and that two to three planned missions were scrapped before the successful one was launched.

The US flew over a specific Russian airspace during the mission.

The President said he got the operation from the White Room's Situation Room The mission, he said, started shortly after and lasted about two hours. He was joined by Vice President Mike Pence, National Security Adviser Robert O'Brien, Secretary of Defense Mark Esper, Chairman of Joint Chiefs of Staff of US General Staff Mark A. Milley and Brig. General Marcus Evans, Deputy Director of Special Operations, said Assistant to President Dan Scavino.

"Last night was a great night for the United States and the world," said the President. He described in sometimes brutal terms how al-Bagdadi died.

He said the leader "spent his last moments in extreme fear … fear of the American forces acting on him." He described al-Baghdadi as: "Bring along crying, whimpering, screaming and three children dying, sure death."

The President said he informed some members of Congress about his raid, including Republican Senator Lindsey Graham, who is a member of the Foreign Relations Committee, and Republican Senator Richard Burr, who chairs the Senate Intelligence Committee. Trump said he did not inform important Democrats, including Speaker of the House Nancy Pelosi and Senate Minority Leader Chuck Schumer. Trump said a leak of the raid could have cost American lives.

Trump said it was a "very dangerous mission" in terms of getting in and out. He thanked Russia, Turkey, Syria, Iraq and the Syrian Kurds for their help with the mission.

During the mission, he said, US soldiers were confronted with local gunfire that was eliminated.

Esper Announced CNN's "State of the Union" Sunday Morning The President agreed to end the raid last week after being offered various options. The goal, Esper said, was to capture al-Bagdadi or, if necessary, kill him.

Esper added that "we will watch the next steps carefully s. And when a new leader and leader emerge, we will follow them as well. "

Esper described the death of the ISIS leader as a" devastating blow to ISIS. "This is not only their leader, but also their founder. He was an inspirational leader in many ways, "Esper told Tapper.

CNN reported early Sunday morning that al-Baghdadi was said to have been killed in the robbery, according to a senior US Defense official and a source of knowledge Confirmation was pending while DNA and biometric tests were being carried out, both sources told CNN, and the CIA helped find the IS leader, the defense official said. 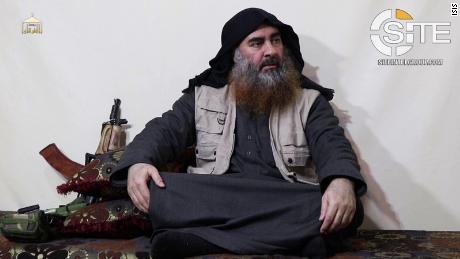 Al-Baghdadi has been hiding for the past five years. In April, a video released by ISIS media wing al-Furqan showed a man claiming to be al-Bagdadi. It was the first time he had been seen since July 2014 when he spoke in Mosul Grand Mosque.