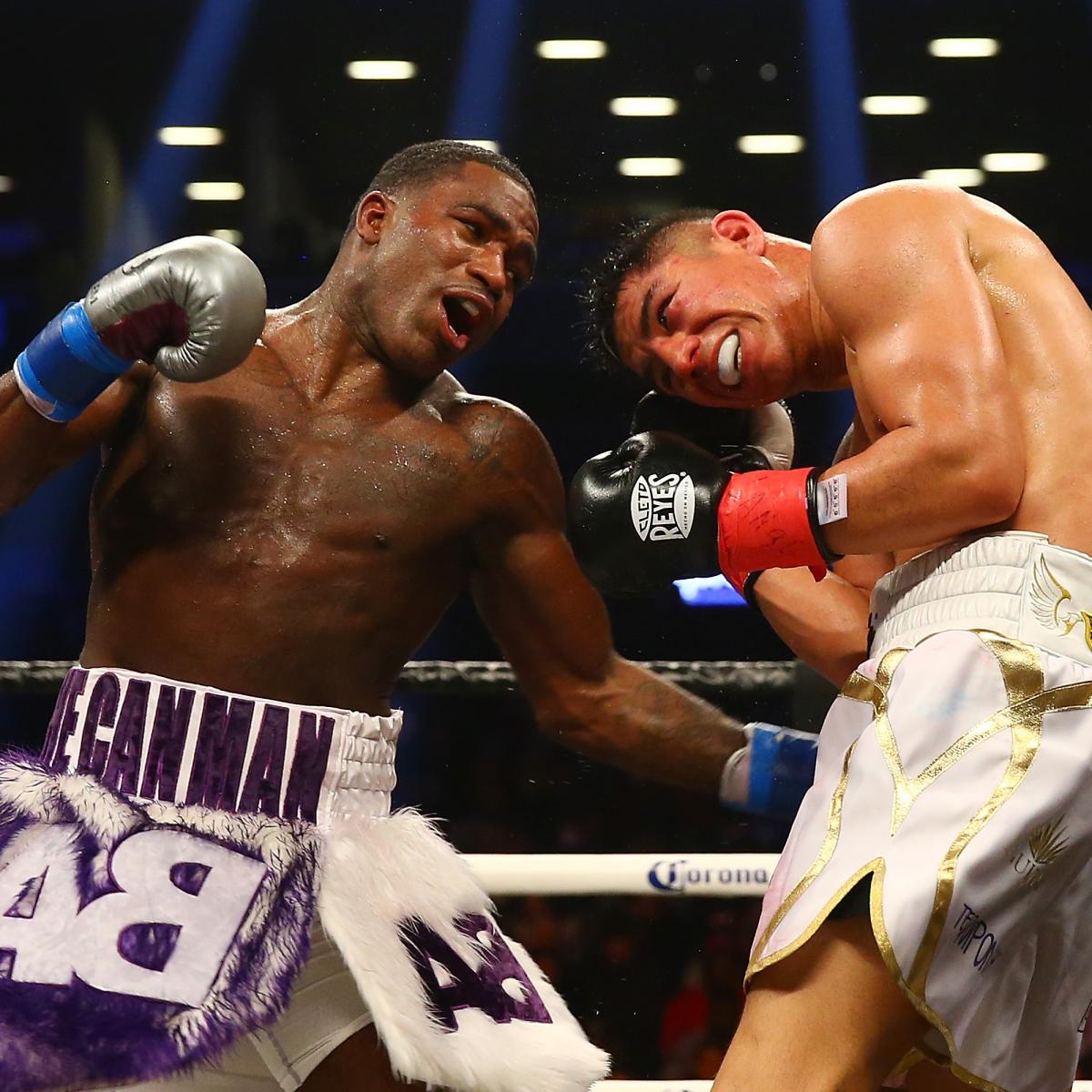 Adrien Broner and Jessie Vargas were declared majority voting on Saturday night, and after the fight Broner was asked if he would like to face Jessie Vargas again and reacted controversially. 1

9659003] "Hell yeah," he replied, for Nina Mandell of For The Win, I want to fight him, where I'm from, there's Hellas Mexicans in here, they've blown me over, they want rice and chicken "I want a few mommy wants Coney to be around me."

Broner got ni there According to Myron Medcalf of ESPN:

I just heard the interview again. After the draw with Jessie Vargas, Adrien Broner said, "Look at his face, it looks like I hit him with the one he beat Martin Luther King with." Then he said, "We will not go on it, it's gay." He can be your champion. Is not mine.

Suffice to say that Broner's remarks with many did not fit well:

Bring broner ass off the microphone

Broner is out of control interview. Using MLK as a "joke" is just ridiculous. He said so many terrible things tonight that I can not even count. No apology. Get him out of here.

But Broner insisted that he was the deserved winner.

"I'm a winner, I knew I was a winner," he said by Greg Joyce from New York Post . "Honestly, I beat him at 7-5, I'm clean as a whistle, I do not have a scratch on me, I look good, I look like I just walked in the ring, he's up [messed]. He is likely to have to spend the rest of the night in the hospital. "

Per Joyce, Broner landed 194 out of 507 strokes, while Vargas landed 203 of 839 thrown. And Vargas seemed to be happier with the result.

"I saw myself winning, but I will not argue with the decision of the judges," he said. "You have seen it undecided, I respect it."