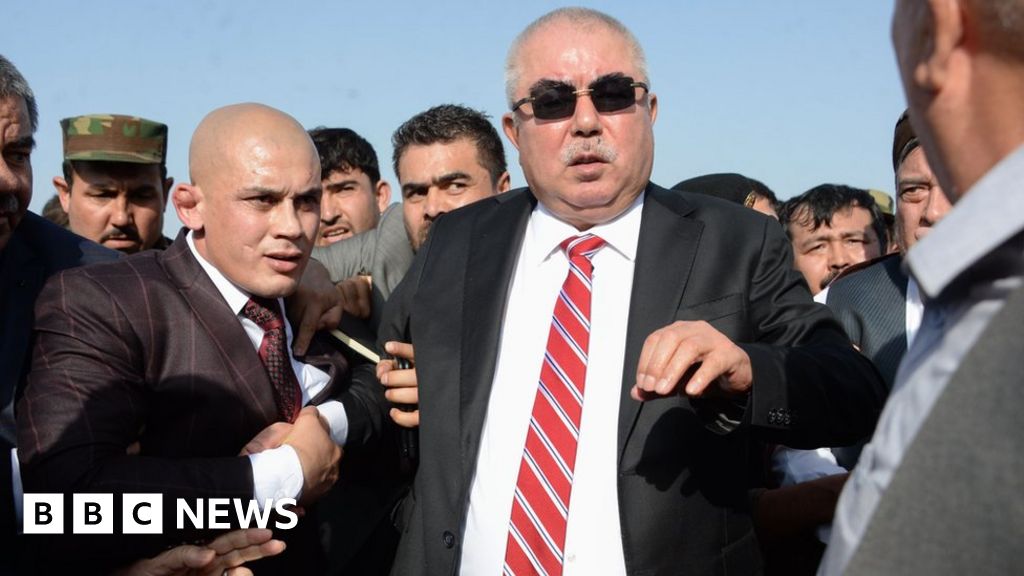 Afghan Vice-President Abdul Rashid Dostum has escaped unharmed after an attack that killed one of his bodyguards in the north of the country.

It is the second attempt on Gen. Dostum's life since the Ethnic Uzbek and former warlord returned from self-imposed exile last July.

4 people died in a suicide bombing at Kabul airport shortly after his arrival.

Gen. Dostum joins Afghanistan's unity government in 2014 and is a controversial political figure.

He helped the US escape the Taliban in 2001 but has been blamed for some of the worst atrocities in the country was the country's long-running civil.

More than a year ago, he left for Turkey after being accused of ordering his kidnap and rape a political rival.

Gen Dostum's reappearance was preceded by unrest in his northern powerbase, as supporters demanded his return and the release of a military leader.