After a bloody attack, the Sudanese army eliminates agreements with protesters news 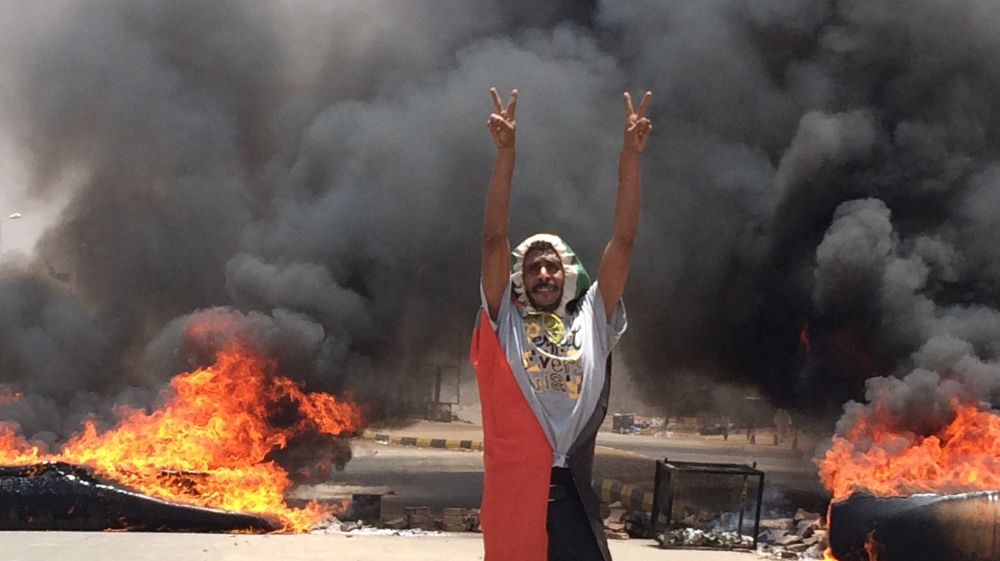 The head of the Sudan Transitional Military Council (TMC) has announced his intention to abolish all agreements with the main opposition coalition and to press ahead with the elections, which will take place within nine months.

Lieutenant-General Abdel Fattah al-Burhan's announcement came in the early hours of Tuesday after the security forces fired live fire to clear the main protest ground in front of the Ministry of Defense in Khartoum, which was at the center of the month-long struggle of protesters around the Civil rule stood.

At least 35 protesters were killed by the security forces during the raid and hundreds were wounded, which was called a "bloody massacre".

"The military council decides to cease negotiations with the Alliance for Freedom and Change [group represented protesters in negotiations] and annul the agreements reached and the holding of parliamentary elections within nine months," Burhan said in a televised statement.

Al-Burhan said the TMC would now employ a transitional government to prepare for the elections he prepared would be monitored internationally.

"Either she or us"

Monday was the worst day of violence since the overthrow of longtime autocrat Omar al-Bashir on April 11 after months of mass protests against his three decade rule.

But the protesters insisted that removing al-Bashir from power was not enough. Tens of thousands remained in Khartoum and other camps in the country and the generals who replaced al-Bashir urged power to be rapidly handed over to a civilian-led government.

The bloody attack and dispersal of The sit-in in Khartoum now threatens to escalate the violence further, making a more intense clash between military rulers and demonstrators more likely.

Democrats vowed to continue their campaign, hold talks and demand "total civil disobedience" to "paralyze" public life across the country.

"This is a critical point in our revolution. The military council has chosen escalation and confrontation, "said Mohammed Yousef al-Mustafa, a spokesman for the Sudanese Professional Association (SPA), which led the months-long protests.

" These are criminals who should have been treated like al-Bashir. " He said, "Now the situation is either you or us, there is no other way."

For his part, al-Burhan said the military leaders were investigating the violence on Monday, but claimed that the coalition that led the Protesters Representing Responsibility for the Bloodshed Together 19659009] In his televised statement, the TMC leader accused the protesters' alliance of "extending the negotiations and trying to exclude other political and security forces from a transitional government." [19659004MeanwhiletheCouncilandtheprotestershadmadeprogresstalksinMayonaprovisionalcabinetandalegislativebranchhoweverwhichwasdistributedoverthecompositionandleadershipofasovereigncounciloverwhichthegovernmentofSudanwasadvisedduringathree-yeartransition

On Friday, the TMC had the "pose a danger" to the national security of the country and warn that action against "unruly elements" will be taken.

On the same day, the military ordered the withdrawal The ice of the Al Jazeera Media Network in Khartoum is to be shut down without giving any reason and at the same time the work permits are withdrawn to correspondents and employees of the Qatar-based news organization.

Activists said the attack was in the early hours The Monday was a coordinated move in which other troops similar In Khartoum's twin city of Omdurman and the eastern city of al-Qadarif, the demonstrators accused General Mohamed Hamdan Dagalo, the head of the notorious Sudanese Rapid Support Forces and deputy head of the TMC, ordered the violent crackdown to have. Twenty-four hours before the security forces attack Dagalo nicknamed Hemeti, was filmed as a veiled threat to the demonstrators.

Chaos and build a true state, "he said." Concerning the civilian state, the demonstrators demand that it must be built on a rule of law in order to truly be a civilian rule without individuals. It must be regulated by law and there is no one above the law. "19659004] The attack occurred on the day before the Eid holiday, on which Ramadan ends, the holy month in which Muslims fast in daylight, according to activists Numerous troops from the military, police and Rapid Support Forces responded to rains overnight.

Mohammed Elmunir, a demonstrator in Khartoum, said the security forces had blocked the exits of the seating area from opening fire on protesters.

They randomly shot at everyone and people ran for their lives. They blocked all roads and most of the tents at the sit-in were set on fire, "Elmunir told Al Jazeera.

In online video, demonstrators were seen running and ducking as shots echoed, activists said , h undreds had been arrested and online photos were posted featuring dozens of men and women lined up on the sidewalk, guarded by troops, hidden or lying down.

Protesters were standing low Brick barricades Some threw stones before they were driven back with sticks from the walls of blue-clad security forces, with a video showing the police swarming around a demonstrator who spread out on the floor and beat him with sticks.In another video, local residents opened the door their doors to protect those who ran.

A medical committee that was in contact with the demonstrators Said the death toll rose to at least 35 by Tuesday morning when five people were killed in the Bahri district. The committee said it was difficult to count deaths in areas outside the Ministry of Defense in Khartoum, adding that hundreds of people were wounded, many by gunshots.

Medical personnel and wounded were trapped in clinics as troops overran the area.

"Wounded people lie on the floor in the reception area because there are not enough beds available," said Azza al-Kamel, a doctor at the Royal Care Hospital.

Many analysts said that the military rulers were influenced by powers outside of Sudan.

"The last escalation and an already precarious situation followed The Council President and Deputy Leader … visited Saudi Arabia," said Awol Allo, a law professor at Keele University, to Al Jazeera. "Since then, there has been a significant escalation … against the demonstrators." Meanwhile, United Nations Secretary-General Antonio Guterres condemned the action and called on the authorities to allow independent investigation, his spokesman said.

"There was excessive use of force by the security forces against civilians", said Stephane Dujarric .

UN human rights chief Michelle Bachelet was alarmed by reports that live ammunition was being used, including "the nearest" to and even in medical facilities. "

The military "has completely destroyed the trust of the Sudanese people and the people's hope for a new era destroying respect for human rights and respect for the right to fearless protest, "said Sarah Ja ckson, Deputy Amnesty Regional Director for East Africa