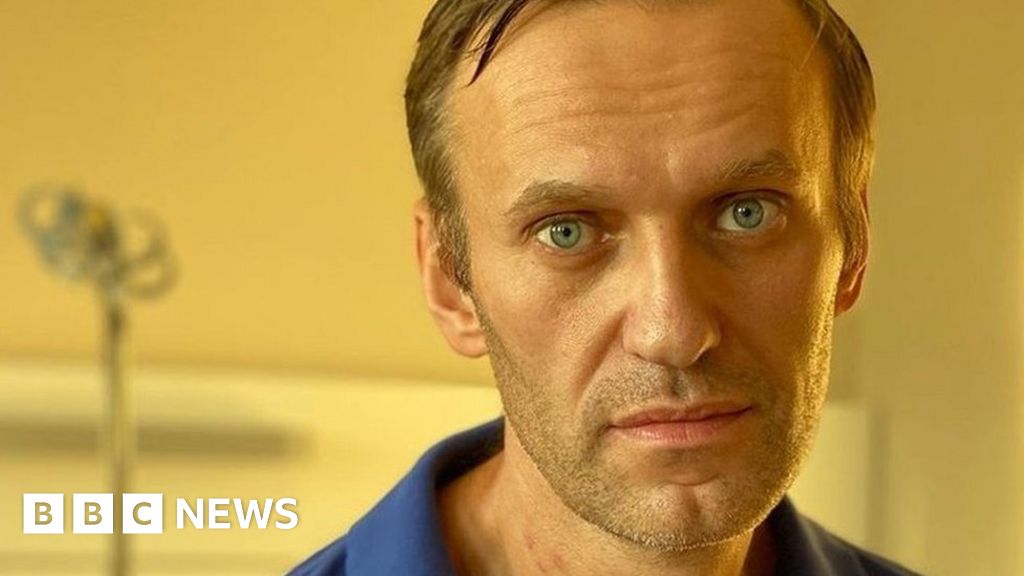 Russia’s leading opposition figure Alexei Navalny is now on the mend. He left the hospital in Berlin in August after a month of treatment for nerve agent poisoning in Siberia.

The suspicion initially focused on the cup of tea he drank at Tomsk Airport. But it was the quick reaction of a member of his team that convinced German investigators that the Novichok agent had been administered earlier.

When the news came that he had fallen into a coma, Maria Pevchikh knew that she had to act quickly. She hurried to the hotel room he had checked out that morning.

“It wasn’t a decision to think about – it was obvious and it was the only way to act in this situation,” she told BBC Russian.

Navalny, 44, had returned to Moscow, leaving members of his FBK anti-corruption foundation at the Tomsk hotel to complete work on a local investigation.

Maria Pevchikh leads his team. They have published many detailed reports alleging corruption and abuse of power at various levels in the Russian political and business establishment.

“Alexei was a healthy man, we had been with him for a few days, first in Novosibirsk and then in Tomsk.”

“Healthy people don’t go into comas for no reason. We knew something was very wrong. And of course this is Russia. To my horror, poisoning is almost the norm here.”

If he had been poisoned there should have been traces.

How the bottles were found

A staff member walked into the room with them when the Navalny team explained what had happened, she said.

“They didn’t let us in at first, so we guarded the door to make sure no one else came in first. We literally put a chair in front of the door and took turns sitting on it.”

But they hadn’t planned what to do

When they entered the room, they filmed everything as they left and later posted what they saw on Instagram.

“We went in, we made the sense to bring rubber gloves, thanks to the coronavirus we now always have them with us.”

Everything that the opposition leader could have touched was collected.

“We have collected everything that he touched.”

The voice of a hotel employee can be heard: “If you take something with you, you need permission from the police, I was told by the (hotel) director.”

A Navalny employee replies: “Unfortunately we cannot meet this requirement.”

Maria Pevchikh and her colleagues assumed that there was little chance that they would find anything useful. The hope of being able to remove what was collected, smuggle it out and pass it on for examination was “even more microscopic”.

How the evidence left Russia

There are no direct flights from Tomsk to Omsk. Alexei Navalny’s plane landed in Omsk only in an emergency.

“We went to Novosibirsk and flew from there to Omsk,” said Ms. Pevchikh.

Everything they collected from the room, including the three water bottles, was “strategically placed” in the team’s luggage to attract as little attention as possible.

When the Russian authorities finally allowed the comatose opposition leader and his closest family and colleagues to fly from Omsk to Berlin, she was on that flight too.

“If we hadn’t taken these bottles from Tomsk, they would have disappeared without a trace”, she emphasizes.

The act of taking the bottle out of the hotel room and then taking it all the way to Berlin provided significant evidence that he was poisoned before reaching Tomsk Airport, she believes. But the bottle wasn’t the source of the poison.

During this time, Mr. Navalny was in a coma. German scientists said they had provided “clear evidence” that he was poisoned by a novichok nerve agent, and their results have been confirmed by laboratories in France and Sweden.

But the Kremlin says tests on samples taken from him in Omsk did not identify any toxic substances in his body. Although Russia does not fully reject the idea that he was poisoned, Kremlin spokesman Dmitry Peskov says Germany must pass on information “that we have unfortunately been denied so far”.

What is not known is how and when Alexei Navalny was poisoned, and whether anyone else was exposed to either poisoning or contamination.

Biological weapons expert Vladimir Uglev previously told the BBC that this Novichok case was more targeted than the poisoning of Sergei Skripal and his daughter Yulia in Salisbury in March 2018. While they were being attacked by a liquid, the Tomsk attack was different and therefore less dangerous to others, he argues.

While Mr Navalny’s anti-corruption colleagues were careful to wear gloves in the hotel room in Tomsk, his spokesman said that Novichok’s traces were only found on one of the water bottles and not on any of his other belongings.

German investigators had no access to the clothes he was wearing on the day he collapsed, and Mr Navalny appealed for their return from Russia this week. Health officials told Tass News Agency that the clothes had been confiscated by Russian investigators and they no longer knew where they were.

The Kremlin critic is supposed to stay in Germany for the time being to complete his rehabilitation, but wants to return home.

“I hope one day we’ll find out how Alexei was poisoned,” says the team leader. “Now we have no idea. And it’s not up to us to investigate.”