Amazon and Bezos can not be hurt by Trump 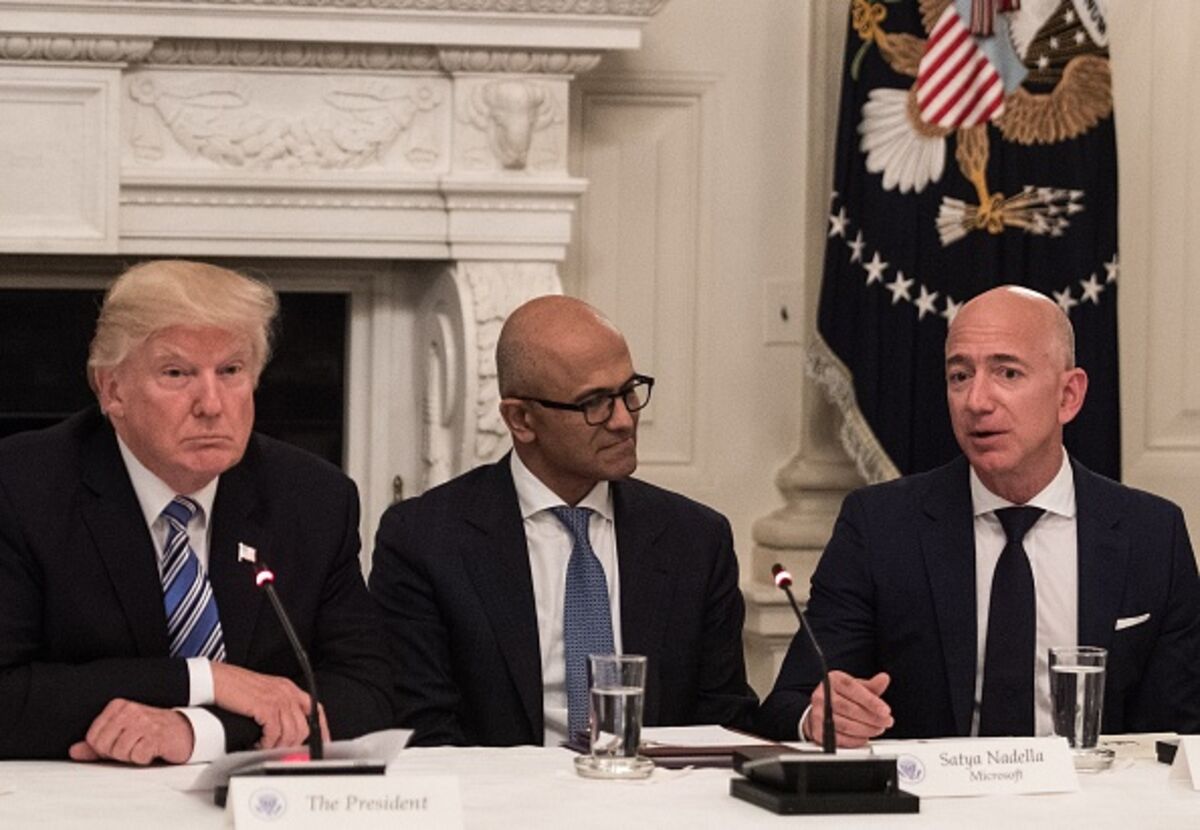 Many of President Donald Trump's tweets can be considered foolhardy, but his series of recent rumors about Amazon.com Inc. was overblown. I'll leave the implications for democracy to others when a US president selects a company he wants to punish, but from a business perspective, his crusade is crazy. For Trump's wheezing and puffing, he can do little to inflict pain on Amazon and his boss Jeff Bezos. It's amazing that he can not see it.

The president complains that Amazon does not pay taxes. For the most part, that was not true; Between 2007 and 2015, it paid a combined tax rate (federal, state, local and foreign) of 13 percent, comparable to many large companies. Last year, however, it paid no federal taxes. Why? It seems that Amazon was able to use some reservations in Trump's pride and joy, the tax cuts he signed in December. In addition, while Amazon fought for years efforts to force it to levy state and local sales tax, it has begun to do so, even from its third-party collect. In addition, there is simply no way for Trump to target a company to a different tax treatment than other companies. So much for taxes.

According to the news site Axios, Trump has been considering using antitrust laws to beat Amazon. In fact, there are many people who believe that big tech companies like Amazon, Facebook and Google deserve much more antitrust review than they got, and indeed, antitrust policies need to better reflect their enormous power. I am one of them.

But finding Amazon is not a way to do that. It causes antitrust law experts to shy away from the subject because they do not want to be seen as Trump's dirty work. And it puts the cartel department of the Ministry of Justice in a terrible position. After complaining that AT & T had stopped buying Time Warner after Trump complained about the deal, the division leaders would look like lackeys if they went to Amazon as well. Given the current state of antitrust law, which pardons large-scale acquisitions, there is nothing the government can do to tackle Amazon.

It is possible that Trump could prevent Amazon from getting a government contracts. In 201

3, the company successfully brought Cloud Computing to the Central Intelligence Agency (CIA) and is the current leader in a 10-year multi-billion dollar cloud computing contract with the Pentagon. Other tech companies are backing part of the contract, and perhaps the Department of Defense will conclude that it is not worth inviting the President's anger to leave it to the company with the most experience and market share. No fear. Amazon had sales of over $ 177 billion last year and is well on track to reach $ 200 billion by 2018. If it sees no more cent from the government, it will be fine.

Finally, there is the relationship that Trump has lamented Most Often: Amazon's Business with the US Postal Service:

I am right that Amazon costs the United States Post Office huge amounts of money to be her delivery boy. Amazon should pay these costs (plus) and not have them paid by the US taxpayer. Many billions of dollars. P.O. Leaders have no idea (or?)

Back in 2012, the post was in big trouble. A self-financed agency since the 1980s, she has lost $ 25 billion over the past six years and $ 6.5 billion in the first six months. It had three big problems. First, although it was expected to generate its own revenues, Congress made it difficult to do things that could save billions, such as closing rural post offices or ending Saturday's delivery. Second, Congress has imposed a bizarre requirement to pre-finance health care benefits for retirees at $ 5.5 billion a year. And thirdly, fewer and fewer people sent first-class mail.

The decline in first-class mail continues today. However, postal revenues have stabilized to a large extent at around $ 70 billion, and losses in 2017 dropped to $ 2.7 billion. Why? Because despite the obstacles in Congress, the postal service has saved considerable costs. His parcel delivery business is also becoming a gangster. This is almost exclusively thanks to Amazon, who rely on the postal service to get packages to the front doors of customers.

Although the terms of Amazon's postal policy have never been disclosed, it's not plausible that the deal will cost the postal money, as Trump claims. If he thinks Amazon is getting too cute, he's actually in a position to do something about it. The supervisor of the postal service, the Board of Governors, should comprise 11 people. It currently has two: Megan Brennan, the Postmaster-General and her deputy, Ronald Stroman. Every other place is empty.

Trump has nominated three people for the board, but even if all three were approved by the Senate, the board would still not be quorate. And without a quorum, it can not renegotiate things like, well, new contracts. It would be easy enough for Trump to find candidates who would promise to pay Amazon more. But to do that, he would have to pay attention to his work.

Trump's true motivation is undoubtedly that he returns to Bezos for the Washington Post, which regularly publishes unflattering revelations about his presidency and business life. But he really should have thought twice before entrusting Amazon and its CEO.

There could be some CEOs who would be unsettled by President's attacks. Bezos is not one of them. You will notice that he has not responded to Trump's tweets so far, and he will not. He is too smart for that. And while Trump has managed to hurt Amazon's rating, finding a CEO less worried about his company's stock price than Bezos would be difficult. Eventually, the market will realize that Trump's threats are toothless, and the stock will rise again.

There is one last reason why Trump's attacks on Amazon are so misguided. If he could put aside his poison for Bezos, he could see that Amazon is a company that does exactly what it wants American companies do. It creates jobs, not just tech jobs in Seattle, but jobs in the camps it has built up across the country. It pays the lion's share of the lesson when workers want to learn skills that lead to better jobs. It is in the process of choosing a second headquarters town, where it will eventually employ up to 50,000 workers. It goes into health care to cut costs. It treats customers better than any other technology company. Oh, and his main competitor is not an American company, but a Chinese, Alibaba.

So go to Amazon if you insist, Mr. President. But if you carry on, this is a crusade that you may regret.

This column does not necessarily reflect the opinion of the editors or the Bloomberg LP and its owners.

To contact the author of this story:
Joe Nocera at [email protected]

Contact the appropriate publisher of this story:
Jonathan Landman at jlandman4 @ bloomberg.net