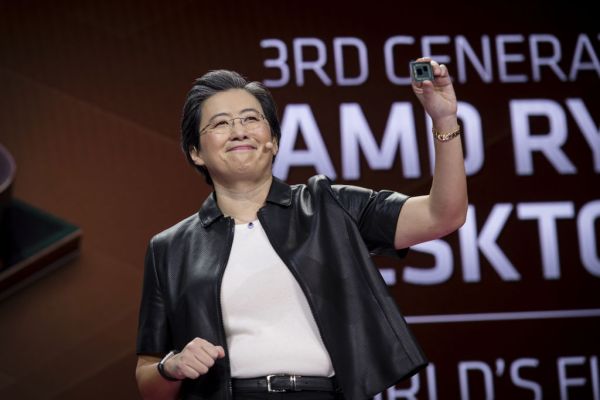 AMD CEO Lisa Su today held the Computex keynote address in Taipei, the first time the company has been invited to attend (the event officially starts tomorrow). During the presentation, AMD presented news about its chips and graphics processors, which will increase the price and performance pressure on its competitors Intel and Nvidia.

All new Ryzen CPUs of the third generation, the first with 7-nanometer desktop chips will hit the market on July 7th. Su's highlight was the announcement of the 12-core Ryzen 9 3900x 24-lead chip from AMD, the flagship of the third generation Ryzen family. It will be retail at $ 499, half the price of Intel's competing Core i9 9920X chipset starting at $ 1

Here is an exclusive # COMPUTEX2019 View of the latest edition of the Ryzen family, the 12-core / AMD Ryzen 9 3900X 3rd generation processor with 24 threads. https://t.co/OgLHoqWv9T pic.twitter.com/75FzfpdiKx

AMD also announced that its first Navi GPUs will be the Radeon RX 5000 Series. Pricing is being closely monitored as it can put Nvidia under pressure to lower prices for competing products. AMD announced that the GPUs will be available in July. However, more details, including pricing, performance and new features, will not be announced until next month's E3 in Los Angeles.

AMD announced that its EPYC processors for data centers in Rome, which were first unveiled at CES in January, will be in the next quarter, a quarter earlier than expected, with Intel's Cascade Lake compete. According to AMD, EPYC Rome was twice as fast as Cascade Lake during a benchmark test.