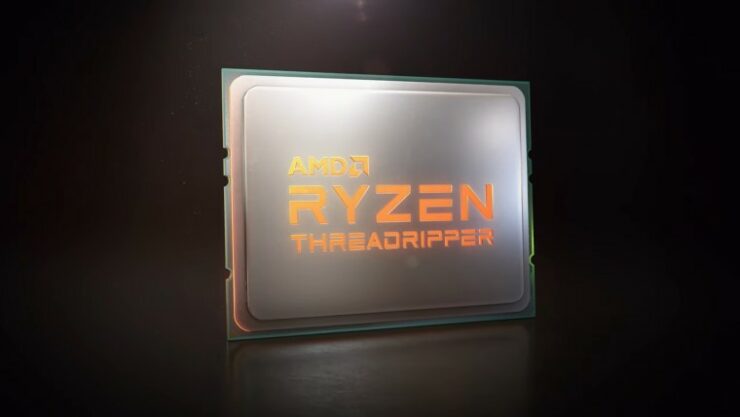 More concrete evidence for the CPUs of AMD’s Ryzen Threadripper PRO series has been leaked in the form of benchmarks for the 32-core part, the Ryzen Threadripper PRO 3975WX. The benchmark discovered by TUM_APISAK shows various entries of the processor in the Geekbench 5 database in addition to its specifications and performance numbers.

According to the AMD Ryzen Threadripper 3975WX specifications, the CPU has 32 cores and 64 threads. As already mentioned, the PRO series would keep the core number of standard parts. In this case, the CPU has the same core configuration as the Ryzen Threadripper 3970X. The clock rates are 3.5 GHz for the base and 4.2-4.25 GHz boost frequencies. The CPU has 128 MB L3 cache and 16 MB L2 cache. The CPU is codenamed Castle Peak and is the internal code name for the 3rd generation Threadripper family. 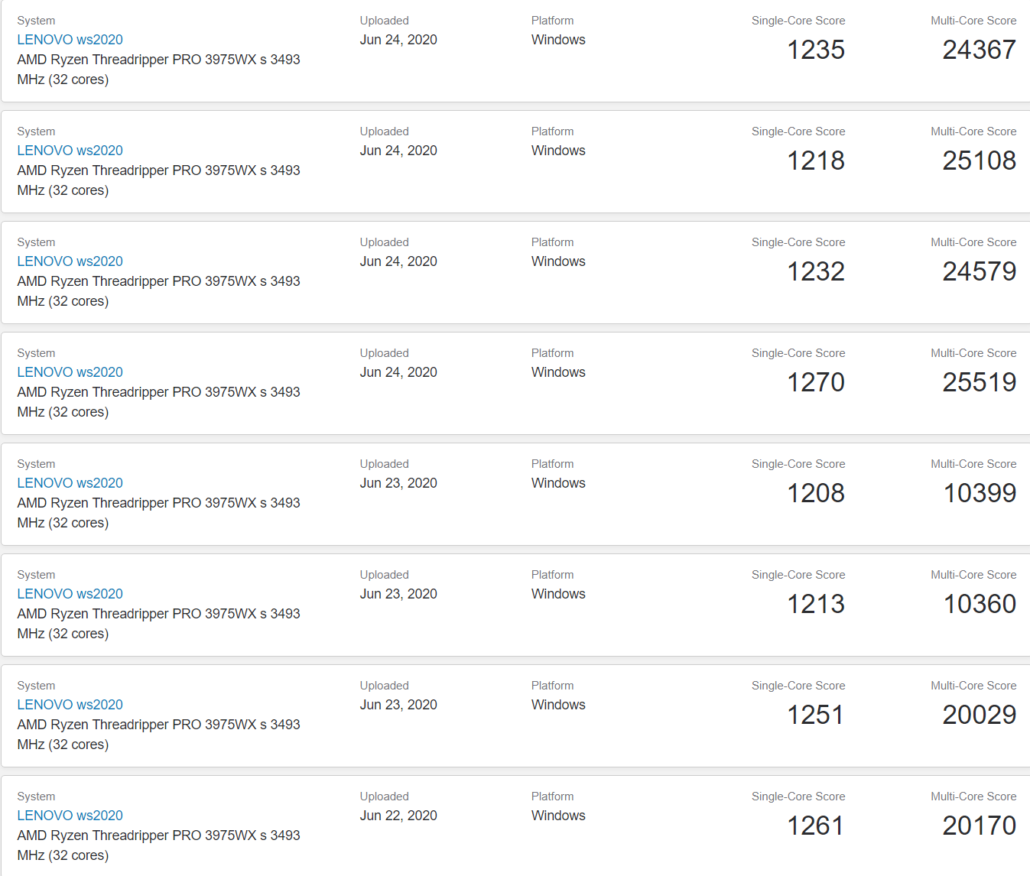 The platform on which the chip was presented contained an SP3 socket motherboard and 128 GB DDR4 memory. The system is part of the Lenovo wS2020 family, which could be the new line of workstations that Lenovo would introduce. In fact, Lenovo released an important announcement on July 14, which is also rumored to launch the Threadripper PRO family. Surprisingly, only 4 channels (2DPC) are mentioned in the list. It is likely that we will see both quad and octa-channel workstations from OEMs with different prices, but this has yet to be confirmed.

In addition to these benchmarks, the CPU was also discovered in the user benchmark database. The CPU ran at an average clock speed of around 3.95 GHz and the same basic frequency of 3.50 GHz was reported. The CPU works a bit slower than the Ryzen Threadripper 3970X, but this is also due to the reduced clock rate of the PRO variant compared to the enthusiastic HEDT variant. Since HEDT parts are operated with TDPs of 280 W, I believe that the PRO variants could have more conservative TDPs between 180 and 250 W.

They are supported by AMD’s new WRX80 platform, on which several board partners are currently working. Key features include 8-channel DDR4-3200 support in UDIMM, RDIMM, LRDIMM variants, 96-128 Gen4 PCIe lanes with 32 SATA switchable lanes, and some PRO features that make these chips the ultimate Workstation solution on the market.

Of course, we don’t know much about the lineup at the moment, but with the announcement of the Ryzen 4000 PRO series this month, we were definitely able to hear some details about the Ryzen Threadripper PRO series.