An oil deal between Saudi and Russia has worked. What now? 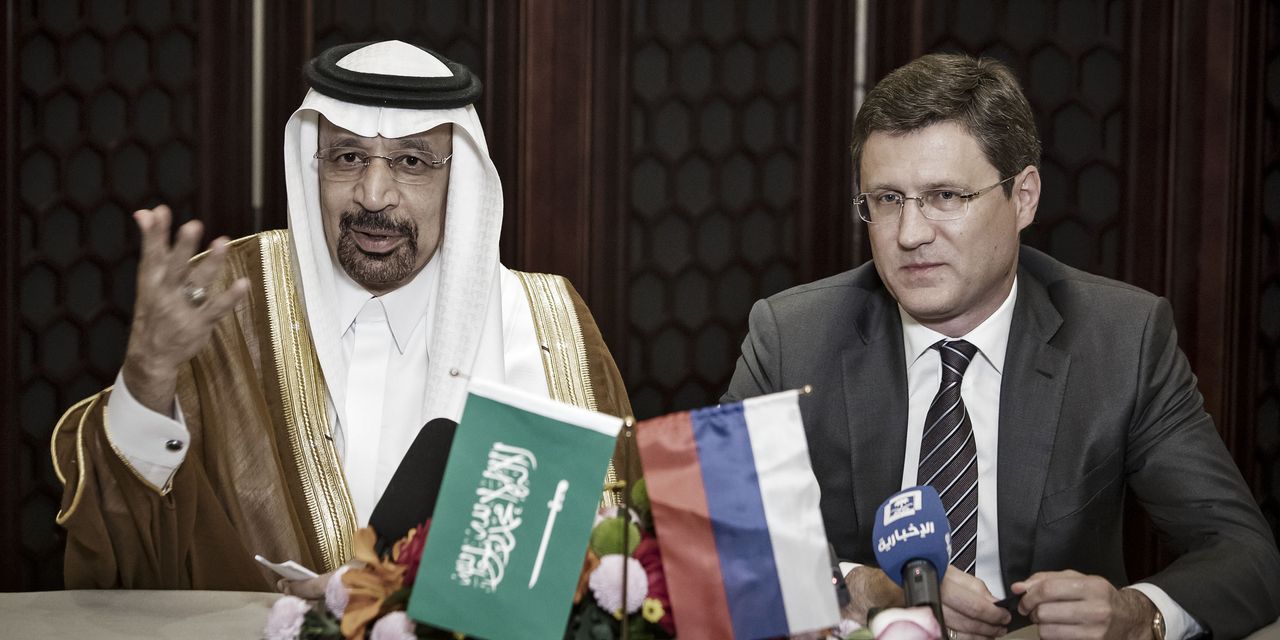 About 18 months ago, Saudi Arabia and Russia negotiated a risky oil market deal and agreed to curb production to raise prices.

It worked. An oversupply of stored oil, which has helped keep prices low, is almost over, and international crude oil is comfortably trading above $ 70 a barrel. Now, the two oil powers have to agree on the next steps.

Oil directors from both countries will meet in Jeddah, Saudi Arabia, over the weekend to review compliance with the 24 oil producers who agreed in December 201

6 to join Riyadh and Moscow in the cutbacks. They are also expected to discuss their intentions for the future of the pact, which expires later this year.

Saudi Arabia and Russia will hold talks "to signal what they will do next year" to an official of a member of the Organization of Petroleum Exporting Countries, the oil cartel that has worked closely with Riyadh, on the cuts

The oil markets are watching closely. Strong support for a continuation of the pact could further underpin prices as geopolitics and the threat of supply disruptions put pressure on them. The producers "must send the message that the agreement will continue," said Jonathan Goldberg, chief investment officer of New York-based BBL Commodities LP, one of the world's largest commodity hedge funds.

The group promised to cut enough oil to reduce global production by 2% from its current level. Such agreements are often difficult to enforce, but this time the group did what it said. The countries together cut 1.9 million barrels per day or 1.98 percent of global production in 2016 – the benchmark for mining.

These cuts as well as rising demand from the growing economies in the US, Europe and Asia have almost completely eliminated an oil spill in the inventories of industrialized countries.

"Once the target [of ending the oil glut] has been reached, the question arises as to what to do with it," said Robin Mills, managing director of Qamar Energy in Dubai and longtime OPEC observer. "Russia and Saudi Arabia are not on the same page."

Saudi officials want international prices of at least $ 75 a barrel, according to OPEC members who are familiar with Riyadh. According to the International Monetary Fund, Saudi Arabia needs at least $ 70 a barrel to cover the cost of its ambitious economic reforms and war in Yemen. It also has an interest in keeping prices buoyant when it ponders whether or not it will publicly list shares of its state-owned oil giant Saudi Aramco.

Russia has meanwhile telegraphed that Moscow keeps prices high enough. The country needs much less to balance its budget – about $ 53 a barrel, says the Moscow-based broker Renaissance Capital. Earlier this year, the Russian Minister of Energy

state television said prices were satisfactory at $ 64 a barrel. More recently he has published mixed messages about what Russia will decide next.

Moscow is under pressure from its oil industry of many private companies – to enable higher production in areas that these companies have recently invested heavily in drilling. A spokeswoman for the Russian Ministry of Energy said she will not speak before the meeting in Jeddah.

Production in Saudi Arabia and Russia already seems to be falling apart. The kingdom surprised the markets recently, saying it had throttled an additional 40,000 barrels a day of production in March. Emagazine.credit-suisse.com/app/art … = 157 & lang = DE The International Energy Agency has reduced its own cuts by 130,000 barrels a day to its original agreed level. Englisch: emagazine.credit-suisse.com/app/art … = 263 & lang = en.

Russia, meanwhile, has increased production by 70,000 barrels per day since September, reported the IEA production level, which it had agreed to deal with.

– James Marson contributed to this article.