Breaking News
Home / Sports / Analysis of the Friday pace: Verstappen was the fastest, but does Red Bull really have the speed to win the Styrian GP? 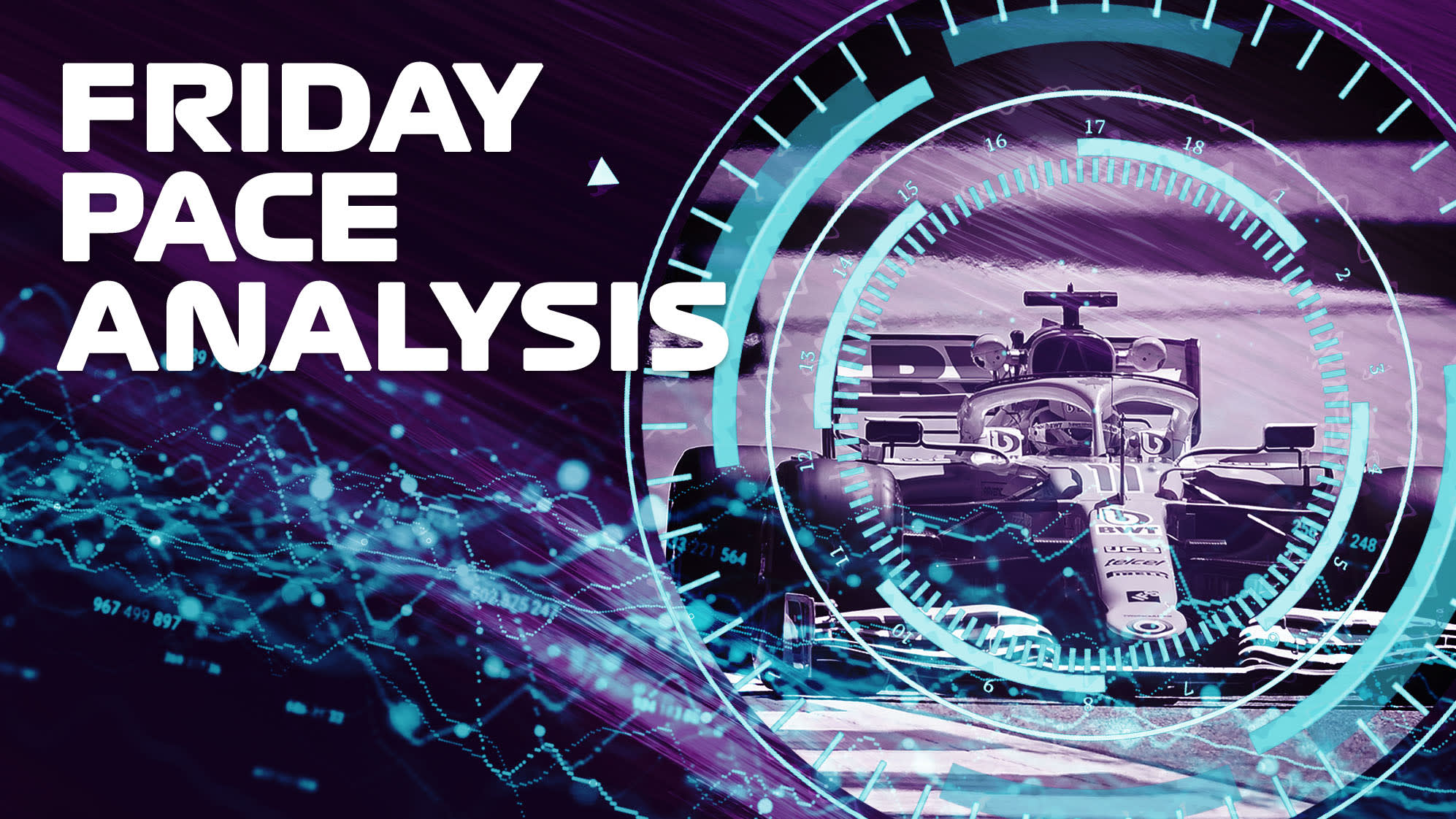 Training on Friday is traditionally about teams doing their homework and collecting data to find their car’s sweet spot before qualifying and the race. However, the FP2 gained in importance at the Red Bull Ring before the Styrian Grand Prix. Things got serious.

As heavy rain was forecast for Saturday, the FIA ​​informed the teams that the times set in the second practice session could apply to the grid if qualifying could not take place on Saturday or Sunday morning. So it was not surprising that the teams took out a little more fuel than usual and attacked their run on the soft tires a little harder than usual.

How did it go And what have we learned? Let̵

Max Verstappen had reason to be depressed after the Austrian Grand Prix last weekend. The Red Bull driver retired due to an electrical problem in the hunt for victory. But he erased that from his thoughts when the field got back into their cars on Friday to do it again at the Red Bull Ring – and sent out a strong letter of intent with the fastest lap of the day.

The two-time winner of the Austrian Grand Prix calls it what it is when he talks about the shape of the team. If it was a bad day, he’ll say it. If it was strong, he won’t be shy to highlight it. Today was a good day when I spoke to him. The team did two tests on parts and found a positive direction for the weekend – and Verstappen believes they made a good performance move.

It was only 0.043 seconds faster than Bottas, but according to our ideal lap analysis, which combines the best mini sectors of a driver around the lap, this advantage would increase by a few tenths. When analyzing the actual lap times taking fuel consumption into account, Mercedes was actually the fastest and 0.3 seconds faster than Red Bull. Sources suggest, however, that while Mercedes appears to be faster overall in one lap, it is actually much closer.

IDEAL LAP: An alternative look at the FP2 timesheet for the Styrian GP

Next up is Racing Point, which deviates 0.5 seconds from the pace on short runs and is, according to our data, two tenths behind Red Bull. Racing Point had a breakthrough in understanding their car in the days between races. From the start, both Sergio Perez and Lance Stroll felt super comfortable with the car, and the pace was just coming. Given that this is a completely new concept for the team, it’s no surprise that they need time to understand.

Perez and Stroll finished third and fourth in the second training session. When you speak to people in the paddock during qualifying, there is a real feeling that at least one of these cars can make it onto the second row – which is remarkable achievement for a team that ended in the bottom half of the constructors’ standings last year.

McLaren was next, Carlos Sainz said he had finally found a balance he was comfortable with after struggling a lot last weekend. It is not yet perfect, but the Spaniard has made progress today and this was shown in the timesheets. McLaren looks like they are currently the fourth best team ahead of Ferrari when it comes to qualifying pace – and if Lando Norris feels better, after chest pain during Friday practice there is a good chance that two cars will be at the top eight than absolute minimum.

Ferrari was disappointing on the timesheets – and they are fifth in our rankings. Charles Leclerc thinks he’s got the best out of a heavily updated car, but Sebastian Vettel says there will be a lot more to come. His time is not representative because his best lap was deleted due to the course limits being exceeded. He’s in a far better place this weekend. So expect him to take a higher position in qualifying.

READ MORE: Ferrari is “like another car” with high fuel consumption after new upgrades, says Vettel

Just in time for the construction of the car on Wednesday, Mercedes pulled out all the stops to fly in new wiring harnesses after they encountered problems with “electrical noise” at the last Grand Prix. The first signs are positive. The team reports that the new looms have certainly “improved” the situation, but they need more time to come to the conclusion that the problem has been solved.

Valtteri Bottas was quite pleased with the feel of the car on Friday, especially across a racetrack, but Hamilton was less enthusiastic about his exploits on Friday. While the car felt good for the reigning world champion, times didn’t follow, so there are certainly some jobs that need to be done overnight. But based on the long-term data gathered between them, it looks pretty tasty for the duo as they have a 0.5 second advantage over the rest of the field.

Red Bull is the second best team on the grid. The Milton Keynes squad collects some very useful race pace data in Friday’s practice and is the strongest team in the low and medium speed corners. It wasn’t the ideal end of the session for Alex Albon, the Thai driver who lost the car and ran into the gravel on the toughest terrain, but overall they’re encouraged by the numbers as they made the rounds on the softs, medium and hard tires.

Racing Point supported his short-term pace with his long lap times. The pink cars were only two tenths of a lap slower than Red Bull and about one tenth faster than Ferrari. This could explain why they are confident to play a key role in Sunday’s race when conditions are likely to be cooler.

McLaren was next, only half a second separating them from Renault, AlphaTauri and Alfa Romeo, so it could be a pretty tasty fight for the last few points. Haas and Williams bring up the rear, but they had a contrasting fate.

While Haas struggled with balance, which was exacerbated by the hot temperatures, Williams experimented with her approach, and although most of her tests didn’t work, there was still a general feeling that they were making progress and able to challenge those before them.

Those in the paddock may need to pack their rubber boots and an umbrella for Saturday, that’s how heavy the expected rain is. If the third race and qualifying cannot take place on Saturday, the FIA ​​weather forecast suggests that the bad weather has decreased on Sunday morning. It would therefore be possible to do qualifying a few hours before the race.

The Styrian hills are a very volatile region due to the weather, so things can change quickly. With this in mind, the F1 family wants to show up on Saturday, hoping that at least qualifying can take place.

When wet, this balances the playing field very much and opens the door for drivers who excel when wet to outperform the car, creating a possibly messed up grille. If it rains and stops on Sunday morning, we will use the FP2 for the grid and leave Verstappen in pole position, a second row with All-Racing Point, Hamilton in sixth and Vettel in 16th.

For all naysayers who said that the second race in Austria would be a copy of the first race, it looks like you are going to be wrong for a variety of reasons, including the fact that Mother Nature will be involved. With this in mind, we have the ingredients for a great weekend ahead of us. Can we top last week’s thriller? From what we’ve seen so far, it looks very good.

Explains: what happens if it is too wet to qualify for the Styrian Grand Prix?