Ancient asteroid crater found off the coast of Scotland 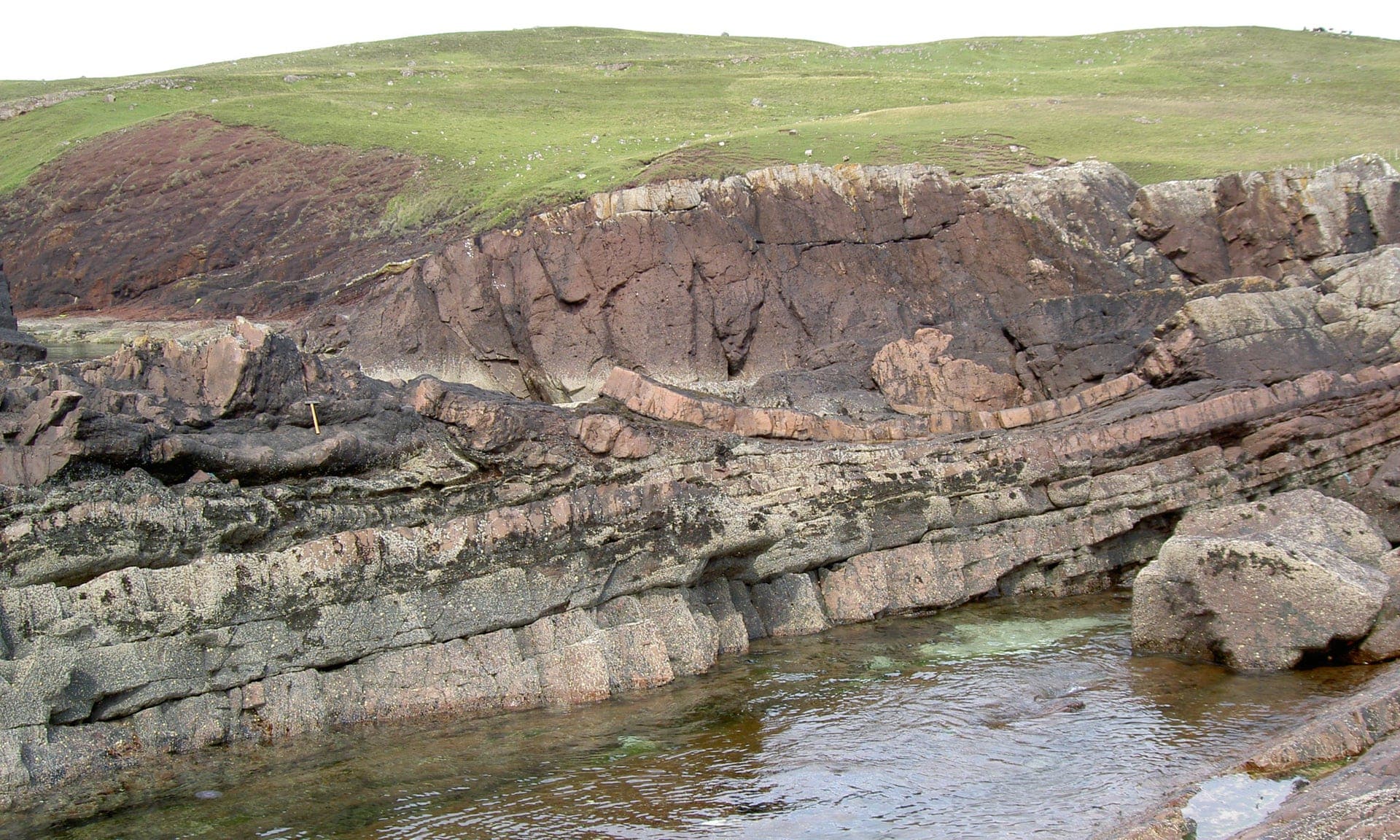 The site where an old asteroid hit the United Kingdom 1.2 billion years ago was found at a location below the sea between the mainland of Scotland and the western islands.

Researchers at Oxford and Aberdeen Universities discovered signs of violent collision in Scotland in 2008, but they have recently discovered where the giant rock fell.

After testing rocks near Ullapool in northwest Scotland, scientists confirmed that an object about one mile wide crashed into the ground at a speed of 38,000 miles per hour. The Guardian reports.

The collision left a 12-mile-wide crater and occurred when most of the Earth's life was in the oceans and the continents were arranged in a different way than they are today.

A field photo taken at Stoer shows the laminar sandstone beds, in the center of which is the impact deposit left by the asteroid. (Handout / PR)
(Handout / PR)

"The impact would have sent huge dust and gas clouds several hundred degrees in all directions from the impact site. Ken Amor, an Oxford researcher who led the latest study, reported the British news website.

What remains of the crater is immersed in 600 feet of deep and sediment-covered water, scientists said.

The Guardian Reports It is believed that asteroids of this size pop up every 100,000 years to every 1 million years.

The study was published in the Journal of the Geologic Society.