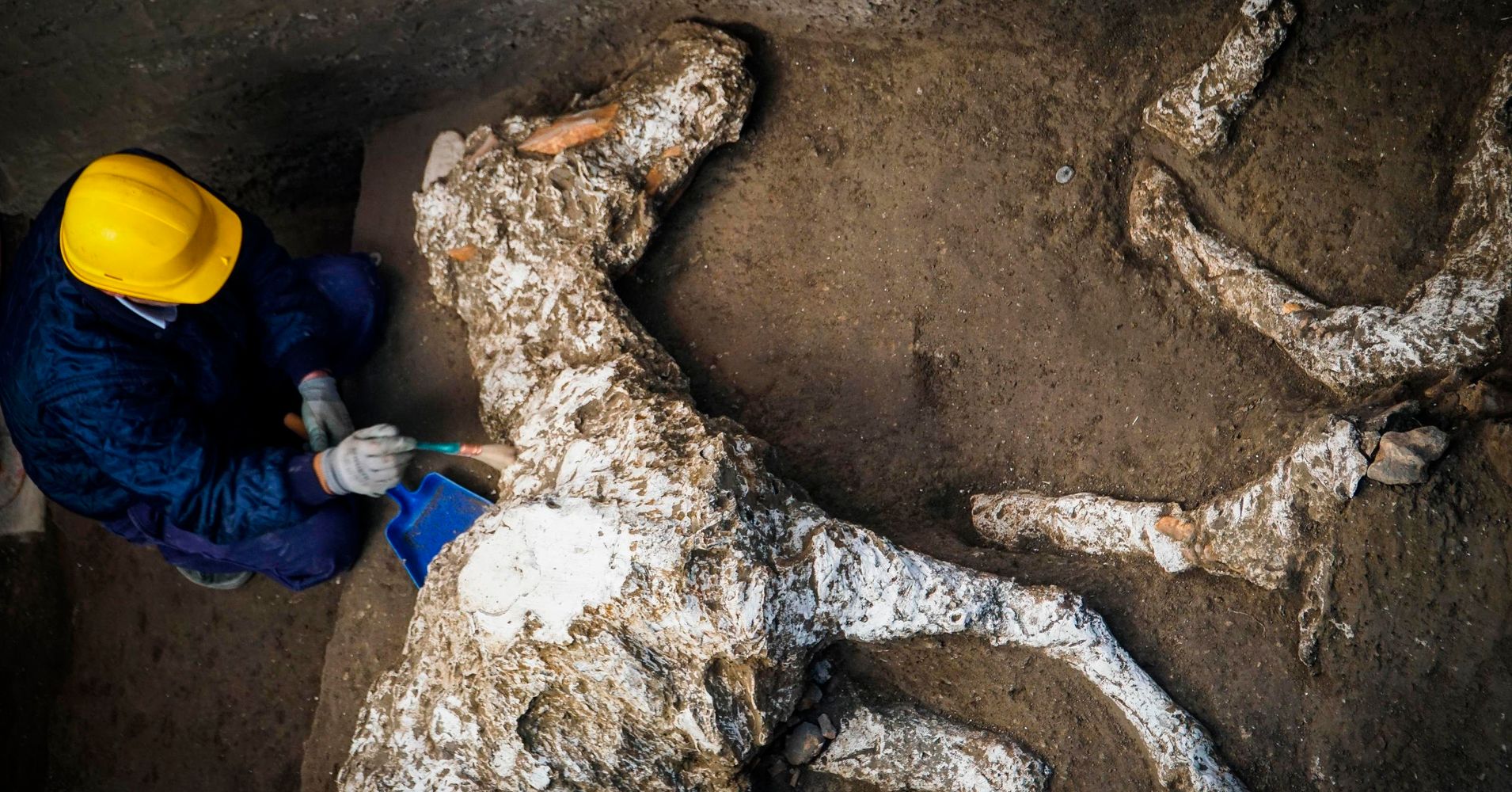 Evidence of 2000-year-old horses near the ancient ruins of Pompeii was uncovered by archaeologists in Italy.

During excavations in the stable of a property near today's Naples, the horses were uncovered. One, according to the Archaeological Park of Pompeii, was described with elaborate military harnesses, a type used for military parades, and bronze trimmings.

The harness indicates that the evacuation may have been prepared when Mount Vesuvius erupted in 79 AD, covering the area with volcanic ash and superhot fumes.

After the animals died and were buried in ashes, their bodies disintegrated leaving behind impressions in the hardened ashes. Archaeologists filled the cavities with gypsum and then removed the surrounding ashes to see what had been there.

The horse was one of three animals found in the stables of Civita Giuliana on the outskirts, although the emptiness left by one of the horses had been damaged by grave robbers who had invaded the property, the park said.

The horses were ready to be used with their things, "said Massimo Osanna, director of the archaeological park of Pompeii, to the Italian news agency ANSA. "We do not know if the outbreak surprised them all as they prepared to flee. This will emerge from the investigations.

The excavations began in July, although they had been excavated earlier in the early 1900s before being re-buried, the park said.