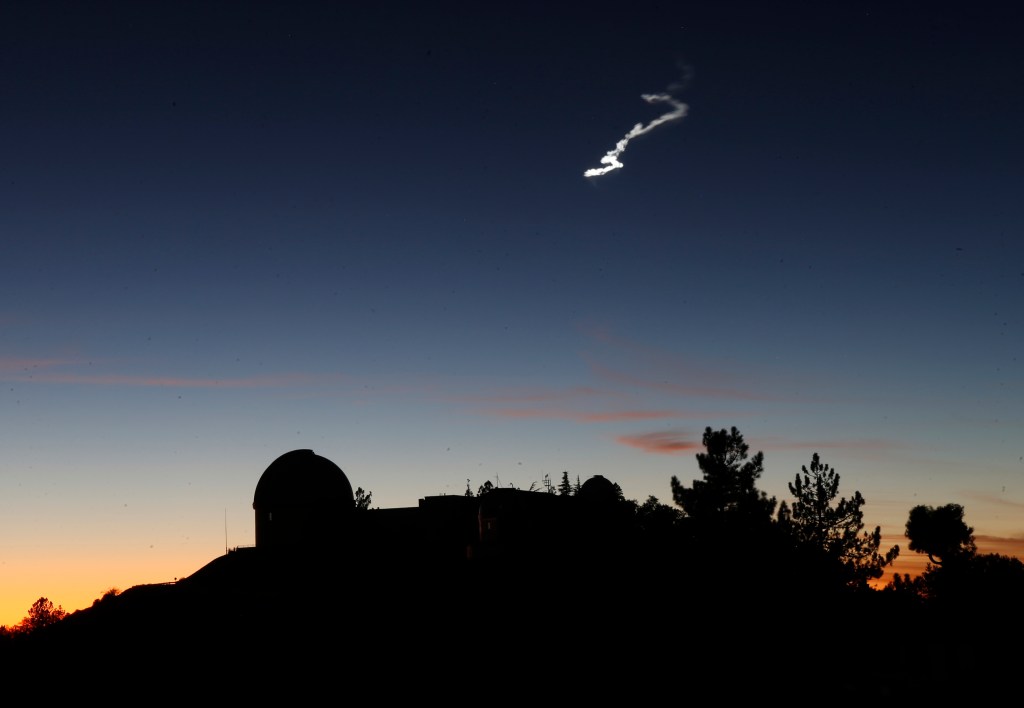 Thousands of people saw a flash, followed by flashes of light and a long, oddly shaped cloud on Wednesday night.

Around 17:45 o'clock an apparent meteor entered the earth atmosphere and presented a short exhibition.

Confusion about the origin came not only from the mystically inclined but also from many rational observers who expected the launch of a Delta IV missile to launch from Vandenberg Air Force Base.

However, the start of Wednesday was scratched at the last minute by a hydrogen leak.

We have website issues and live blog updates. Please wait, as we are currently working to solve the problem. # NROL71 #DeltaIVHeavy

Launch Alert: We've declared a scrub for today's launch of #DeltaIVHeavy . We will set up for a 24-hour recycling and the next attempt will be at 12:20 pm at 5:31 pm PST.

The floor feels something out of the ordinary.

I'm sorry for the Defroster sound, WTF was that, Meteor? Rocket? pic.twitter.com/zNR4h5cPgP

This was about a minute earlier. It flashed light green for a few seconds as it fell and seemed to dissolve. largest and most impressive asteroid (?) I've ever seen pic.twitter.com/LkTwVnaktW

If you do not see this interesting cloud feature? We saw it here in the office. #cawx pic.twitter.com/nc8xdZ5jj4

The launch of the Delta IV rocket was launched at this Evening in Vandenberg scrubbed AFB. Has anyone else seen this beautiful sunset and light in the western sky? This is a view from the Diamond Peak @NVSeismoLab AlertTahoe camera. pic.twitter.com/2ekBnRfFRq

Not to be seen # NROL71 go, but a huge bolide Appeared in the northwestern sky, leaving a trail! It was about as bright as Venus! Have some snapshots of my DSLR camera. Definitely splintered into a boom that we did not hear from SE to NW. pic.twitter.com/iBmn7RHJPq

Still not 100% sure, but there is evidence that that Object became visible was a meteor. A meteor can produce a very high cloud called a noctilucent cloud. @NASA has a great website explaining cloud formation. https://t.co/eDquECamLl #cawx

And of course, at least one observer seasonally hovered occurrences as a possible explanation.