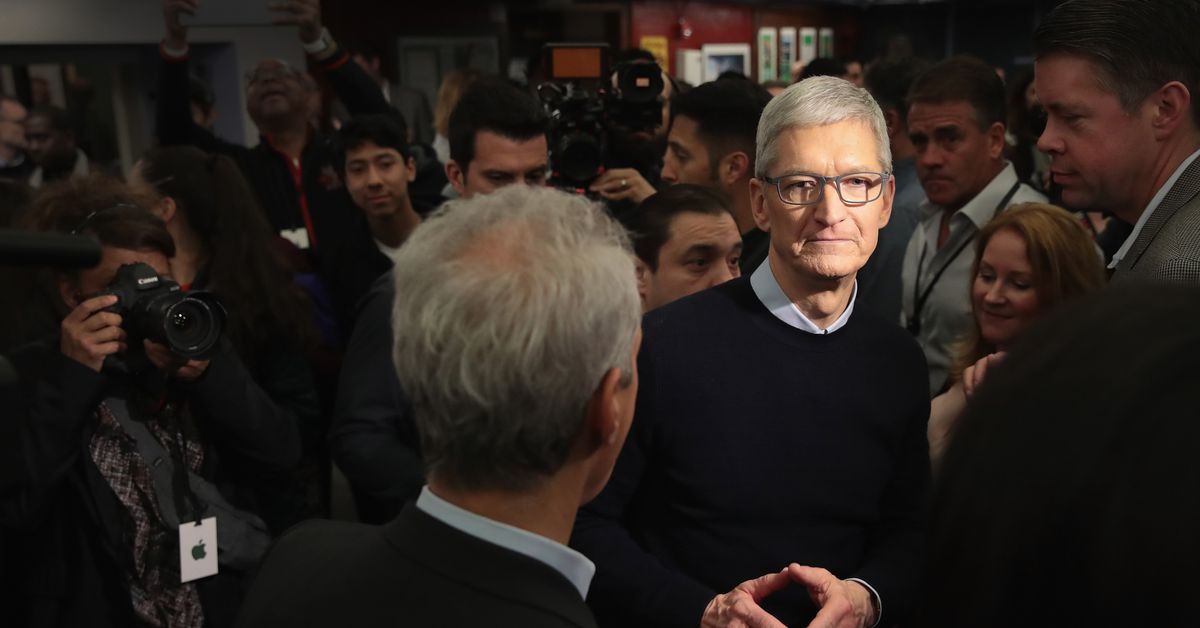 The head of Apple, Tim Cook, commented during an interview conducted by MSNBC with Chris Hayes and Recode 's Kara Swisher today on privacy and said that services "[traffic] in your personal life "is invading people's privacy and emphasizing that Apple sees privacy as" human rights "and" civil liberty ". He also said that he finds it "scary" when "suddenly something chases me on the web", which refers to pretentious ad targeting

Cook's remarks come exactly as the Facebook boss, Mark Zuckerberg, expects to testify to Congress about the Cambridge Analytica data-sharing scandal. Because of its lax approach to data sharing, Facebook has found its way into a media whirlwind; specifically, the Cambridge Analytica issue, which recently revealed that Facebook user data was used by the company to influence the US 201

Hayes of MSNBC pushed Cook to the issue of privacy and regulation that sparked Cook's remarks.

Apple has long been promoting privacy as one of the attractions of the Apple ecosystem, and Cook underlined This again, claiming that Apple could "make a lot of money by monetizing our money." "Customers," but the company has decided not to.

Asked about the possible regulation of technology companies that Gathering and using data from consumers without giving Cooks a clear explanation of what this data is used for, Cook said he was "personally not a fan of regulation"

"I think the best regulation is not regulation, it's self-regulation , Regulation can have unexpected consequences, right? But I think we're beyond that, "Cook continued," I think it's time that a number of people think carefully about what can be done. "

Despite Cook's words, directly and indirectly via Facebook Apple has guidelines on what is allowed and what is not allowed there, and so Hayes and Swisher urged him to see if Facebook's privacy concerns could make Apple do something about it.

"The Question for us is, [does Facebook] meet the requirements of the App Store and they comply with their policies, "said Cook." I think a well-designed regulation could change that. If that happens or if we have raised the bar a bit, we would have to look at it.

The full interview will air on MSNBC on April 6.

Google Pixel 4a Benchmarking: Is It Powerful Enough?