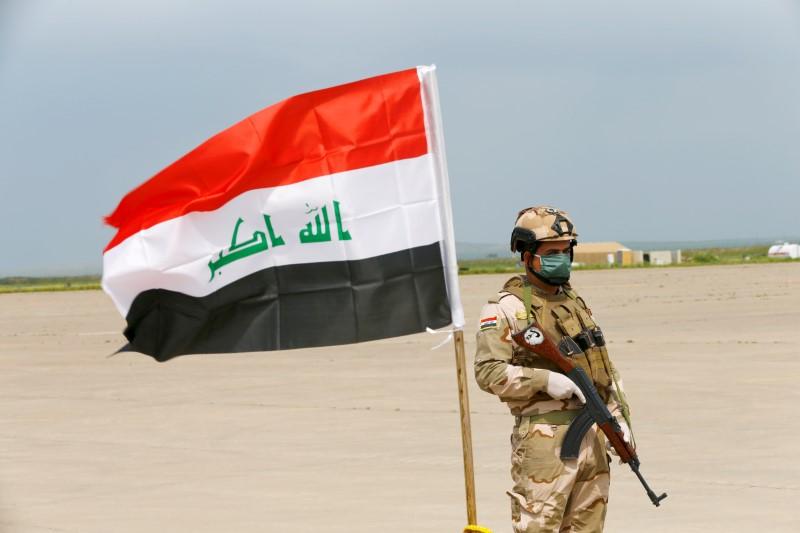 QAYYARA WEST AIRFIELD, Iraq (Reuters) – Troops from the U.S.-led coalition to fight the Islamic State left an air force base in northern Iraq on Thursday, handing it over to the Iraqi military as part of a reduction in foreign forces in the country.

Due to the general decline, the coalition forces will move into a smaller number of bases and cut staff. The coalition has given no details or numbers.

Qayyara Air Force Base, south of the city of Mosul, where the Islamic State declared its caliphate in 2014, is the second base to be handed over to Iraqis this month. Coalition forces left a base in al-Qaim on the Syrian border last week.

“The coalition will operate from fewer locations, but will continue to support our partners in the fight against Daesh (Islamic States),” said coalition Brigadier Vincent Barker of the coalition in a statement.

Coalition officials say that the downsizing and relocation of units to fewer Iraqi bases is due to the fact that the Iraqi armed forces can largely mitigate the threat posed by remaining Islamic state militants.

The coalition led by the USA has been supporting the Iraqi military in the fight to neutralize the Islamic state since 2014. Several thousand militants are believed to remain active, mainly in remote areas such as desert and mountains in northern Iraq. They regularly attack security forces, but have not occupied larger territories than cities since 2017.

The coalition currently deploys around 7,500 soldiers in Iraq, including 5,000 Americans.