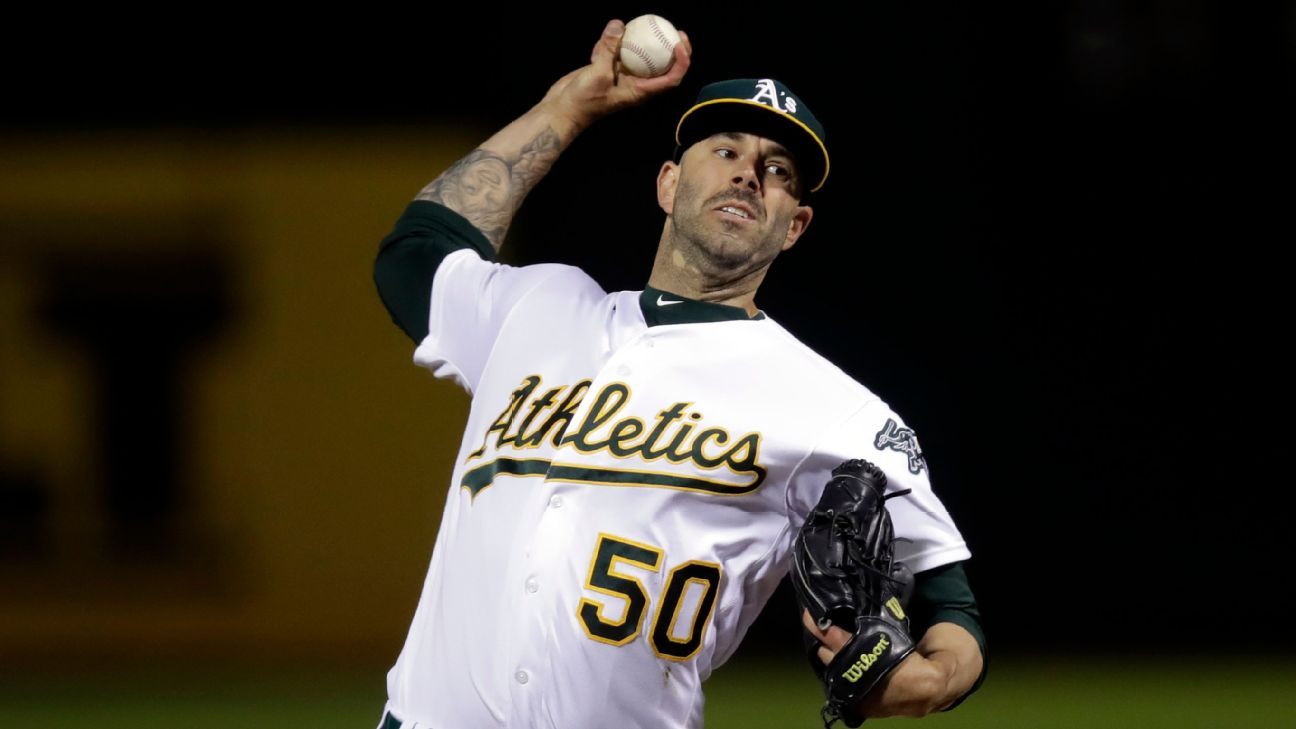 Fiers (3) -3) followed his 2015 gem against the Los Angeles Dodgers with a 131-pitch masterpiece and became the 35th pitcher with several no-hitters in his career. He went two and hit six, finishing it by fanning Eugenio Suarez with a big curveball.

The A's flocked out of the Dugout to celebrate Fiers after the finale was left over in front of a few thousand remaining fans – the game – started more than an hour and a half late due to a slight coliseum disturbance. Fiers threw his hat in front of the crowd and raised his arms triumphantly as he left.

It's the first time A's opponents have had no-hitters in consecutive seasons, after Sean Manaea's last season against the Boston Red Sox.

This was not without tense moments when Fiers rescued in the sixth inning by big defense games in a row. The second base Jurickson Profar made Kyle Farmer for the second time to the right side and turned up Fiers to throw his arms to the celebration.

Joey Votto followed him with a drive to the midfield, but Ramon Laureano jumped on the fence to retract the ball and rob the Reds star for a home run.