As the US plans to hit North Korea, Iran warns against Trump's offers 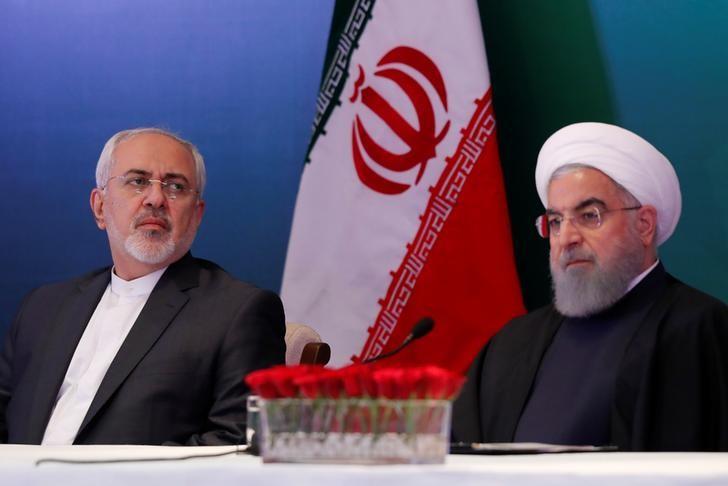 NEW YORK (Reuters) – A US push to change Iran's nuclear deal was a "very dangerous news" that countries should never negotiate with Washington, the Iranian foreign minister warned that the US and North Korean leaders are getting ready the denuclearization talks.

Trump will decide by 12 May whether to restore US economic sanctions against Tehran, which would be a major blow to the 2015 Iran-Six Pact deal. He has pressured European allies to work with Washington to settle the deal.

Macron and Merkel will meet with Trump in Washington this week.

"The United States has not only failed to implement its side (of the agreement) but is demanding even more," said Zarif, who is in New York to attend a General Assembly of the United Nations General Assembly.

US Ambassador to the United Nations, Nikki Haley, said earlier this month that North Korean leader Kim Jong Un "has looked at the Iran deal, he has seen what he can get and he has seen how he can overcome loopholes and we will not allow that to happen again. "

As part of the nuclear deal with Iran, Tehran agreed to curtail its nuclear program to get rid of economic sanctions, and Trump's predecessor, Barack Obama, beat the pact to prevent Iran from building a nuclear weapon but Trump believes he has "catastrophic shortcomings."

Zarif said that if Washington gives up the deal, many of Tehran's options would be complaining through a dispute settlement mechanism created by the agreement or simply by resuming its nuclear activities

"We will make a decision in due course based on our national security interests. But whatever that decision will be, it will not be very enjoyable for the United States, "he said.

When Zarif was asked if Iran could sustain the deal with the remaining parties, he said," I hold that very unlikely, because it is important that Iran receives the benefits of the agreement and there is no way to implement the agreement. "

Iran has always said its nuclear program is for peaceful purposes, and Zarif said that if Tehran resumed its nuclear activities, it was not intended to" get a bomb "

" America should never do it I fear that Iran will produce an atomic bomb, but we will vigorously promote our nuclear enrichment. If they want to fear something, it's up to them, "Zarif said.