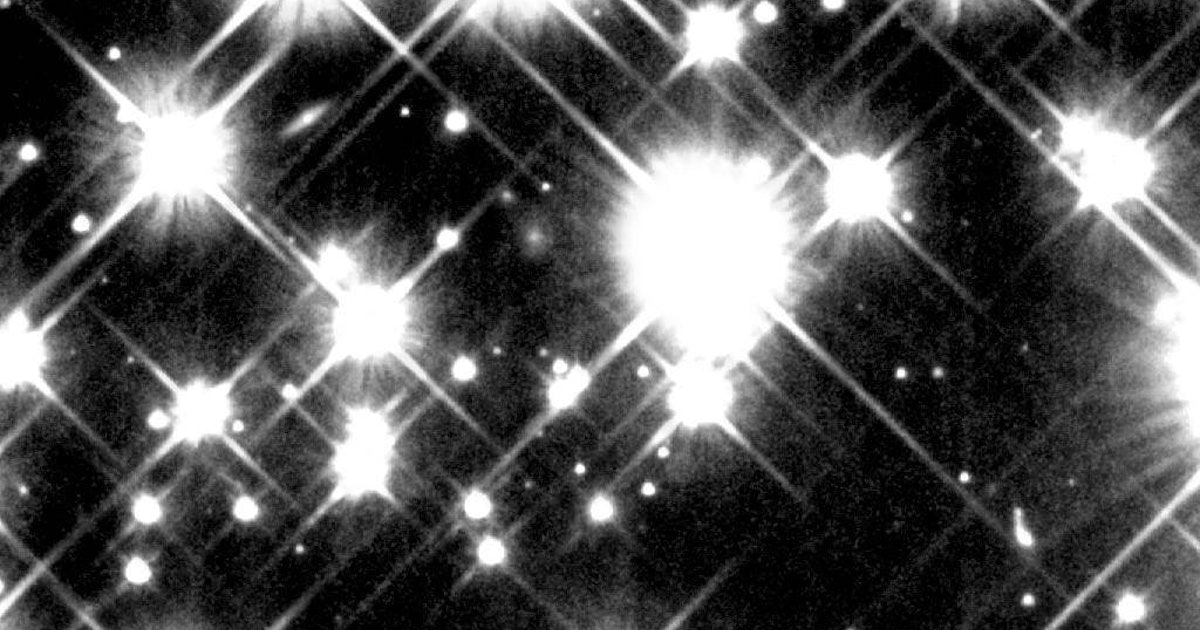 A star dies in the universe every second. But these star beings not only disappear completely, stars always leave something behind.

Some stars explode in a supernova and turn into a black hole or neutron star, while most stars become white dwarfs, a nucleus of the star that it used to be. However, a new study shows that these white dwarfs contribute more to life in the cosmos than previously thought.

The study was published in the journal on Monday Natural astronomy, suggests that white dwarf stars are the main source of carbon atoms in the Milky Way, a chemical element known to be vital to all life.

When stars like our own sun, a yellow dwarf star, run out of fuel, they turn into a white dwarf. In fact, 90 percent of all stars in the universe end up as white dwarf stars.

White dwarfs are hot, dense star remains with temperatures of up to 100,000 Kelvin. Over time, billions of years, these stars cool and eventually darken as they discard their outer material. Shortly before they collapse, however, their remains are transported through space by winds emanating from their bodies.

This star ash contains chemical elements such as carbon.

Carbon is the fourth most common chemical in the universe and a key element in the formation of life, as it is the basic building block for most cells.

All of the carbon in the universe comes from stars, so the expression that we are made of stars is not only poetic but also accurate. However, the astronomers could not agree which star type is responsible for the distribution of most of the amount of carbon in the cosmos.

The scientists behind the new study used observations of white dwarfs in open star clusters, clusters of several thousand stars, formed around the same time in the Milky Way by the WM Keck Observatory in Hawaii in 2018.

The bigger the star was, the more massive a white dwarf usually gets. However, the study found that the masses of the stars as white dwarfs were larger than the scientists had expected considering their original mass when they were first formed.

“Our study interprets this kink in the relationship between the beginning and end of mass as a signature for the carbon synthesis of low-mass stars in the Milky Way,” said Paola Marigo, researcher at the University of Padua in Italy and lead author of the study, said in an explanation.

The team of scientists came to the conclusion that stars with more than 2 solar masses also contribute to the galactic accumulation of carbon, but stars with less than 1.5 solar masses do not.

“Now we know that the carbon comes from stars with a birth mass of no less than about 1.5 solar masses,” said Marigo.

The new study suggests that carbon was essentially included in the raw material that formed the solar system 4.6 billion years ago.

Abstract: The beginning-end mass relationship (IFMR) links the birth mass of a star to the mass of the compact remnant left over when it died. Although the relevance of the IFMR for astrophysics is generally recognized, not all details have yet been clarified. A new analysis of some carbon-oxygen white dwarfs in old open clusters of the Milky Way led us to identify a kink in the IFMR that is over a range of initial masses of 1.65 ≲M.I/.M.⊙≲ 2.10. The buckling peak in the mass of the white dwarfs of about 0.70 – 0.75 M.⊙ is produced by starsM.I≈ 1.8-1.9M.⊙, corresponding to an age of about 1.8 – 1.7 gyr. Interestingly, this peak coincides with the initial mass boundary between low-mass stars that develop a degenerate helium nucleus after central hydrogen is exhausted and medium-mass stars that avoid electron degeneration. We interpret the IFMR kink as a signature of the carbon star formation in the Milky Way. This finding is crucial to limit the development and chemical enrichment of low-mass stars and their influence on the spectrophotometric properties of galaxies.