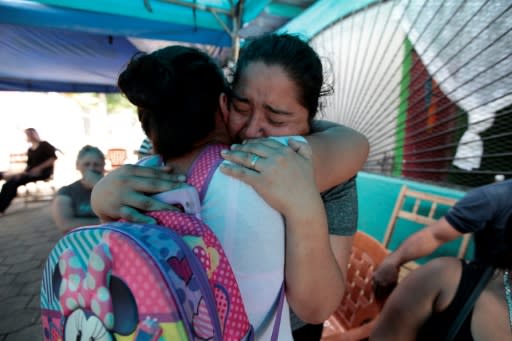 At least two more people died in violent protests overnight, a Nicaraguan human rights group said on Saturday, bringing the death toll to 137 after protests calling for the resignation of President Daniel Ortega began in April.

" Government-affiliated paramilitaries shot and killed boys fighting for freedom and democracy on the streets, "a statement by the city's student movement said, calling it" a night of terror. "[19659005] Managua died young motorcyclist threw a bullet in the neck after two armed men on motorcycles tracked him and shot him

"Unfortunately, they still do not show" they are still killing people, "Victor Cuadras, one of the student leaders, said after a trip Washington in a press conference in Managua.

"They shed blood yesterday and today," he said about Ortega's government. 19659008] Protesters continued to block roads throughout Nicaragua as part of mass protests calling for the overthrow of Ortega, a former guerrilla who has been in office for 11 years, but is increasingly being rejected by her former ally.

The influential Catholic bishops of the country met with Ortega on Thursday to discuss a plan to resume talks to quell the crisis and "the pain and anxiety of the people who have suffered in recent weeks" the leftist leader imagine.

Silvio Jose Baez, Auxiliary Bishop of Managua, said Ortega "asked us for a time of reflection to give us an answer that we wanted to put in writing" – after which they will examine the feasibility of resuming talks.

But amid the administrative back and forth situation continues to spiral out of control, say activists and human rights groups.

"What a horror it is that this government kills its people," tweeted the well-known Nicaraguan author and activist Gioconda Belli.

Meyling Jerez (R), mother of 19-year-old student Chester Chavarria, who was shot dead during anti-government protests at the Autonomous University of Nicaragua (UNAN), was comforted by a relative of his son in Managua on 8 June 2018 [19659011]
Source link