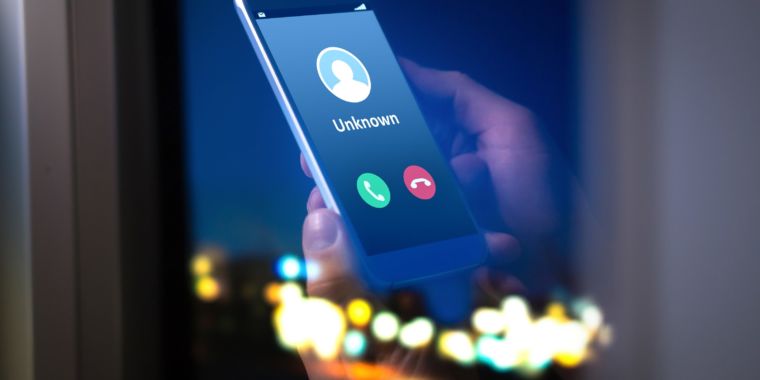 AT & T and T-Mobile today announced a joint anti-robocall initiative, but did not promise new call barring capabilities for their customers.

The airlines made a large part of the partnership with an announcement that they "set aside differences to combat unwanted robocalls for customers". Specifically, the companies said they are now using the new SHAKEN / STIR technology to determine if caller ID numbers are being faked on calls between the two carriers.

When there is a call between the AT & T and T-Mobile networks, a mobile phone user may receive a notification that the incoming call has been authenticated. This means that it actually comes from the number specified in the Caller ID field. Calls from phones that fail the test, possibly because the caller ID is being faked, still ring customers and may not be alerted.

AT & T and T-Mobile both offer free barring services, but both also charge US $ 4 per month for the most thorough barring services. Today, no changes have been announced to the free or paid fares.

"While authentication by itself does not solve the problem of unwanted robocalls, this is an important step in giving customers more confidence and control over the calls they receive," said AT & T and T-Mobile known in her announcement.

The SHAKEN / STIR framework uses "digital certificates based on public-key public key encryption techniques to ensure that the phone number of a telephone call is secure," says telecom software company TransNexus. "In simple terms, each telephone service provider obtains its digital certificate from a certification authority that is trusted by other telephone service providers, and with the certificate technology, the called party can verify that the calling number is correct and has not been forged." [1

9659004] That's why SHAKEN and STIR work best when it's adopted by all major telephone operators, and the Federal Communications Commission has called on operators to provide it quickly. AT & T and Comcast announced that they completed a successful cross-network test of SHAKEN / STIR in March.

T-Mobile already marks some calls on the screen for incoming calls from a phone with previously implemented technology as a potential fraud. However, calls that do not pass the new Caller ID Verification test will only be alerted if there is another reason to suspect it is a fraud, T-Mobile told Ars. Most calls are made today not undergoing the SHAKEN / STIR test, T-Mobile said. Even after the major US airlines implemented SHAKEN / STIR, international calls and calls from small airlines could not be verified.

"This technology is still in its infancy – the real consumer benefit is in the future when most of your calls have been made to caller screening and you notice those who are not suspected," T-Mobile said blocked or warnings should be issued. Most legitimate calls today are not verified via SHAKEN / STIR, so the unverified status of a call is not enough to trigger a lock, AT & T.

Blocked the free version of AT & T's Call Protect service Calls automatically classified as AT & T "fraud." AT & T Call Protect also provides warnings for suspected "spam" calls, but lets them ring on your phone unless you buy the premium version for $ 4 a month and automatically block it. AT & T categorizes calls as spam if they are distracting, but does not necessarily try to cheat people.

The new SHAKEN / STIR data is fed into Call Protect, which has already used other data analytics and reports from customers. Customers can rate calls.

T-Mobile offers a free robocall lock, but pays $ 4 a month for "Name ID". With the paid service, you can block calls from specific callers or entire categories, including telemarketers, numbers that have been bothered, political calls, survey calls, and more, "says T-Mobile. The name ID is included in the T-Mobile One Plus add-on for $ 15 per month and T-Mobile's premium "Magenta Plus" rate. Other customers will be charged an extra $ 4.