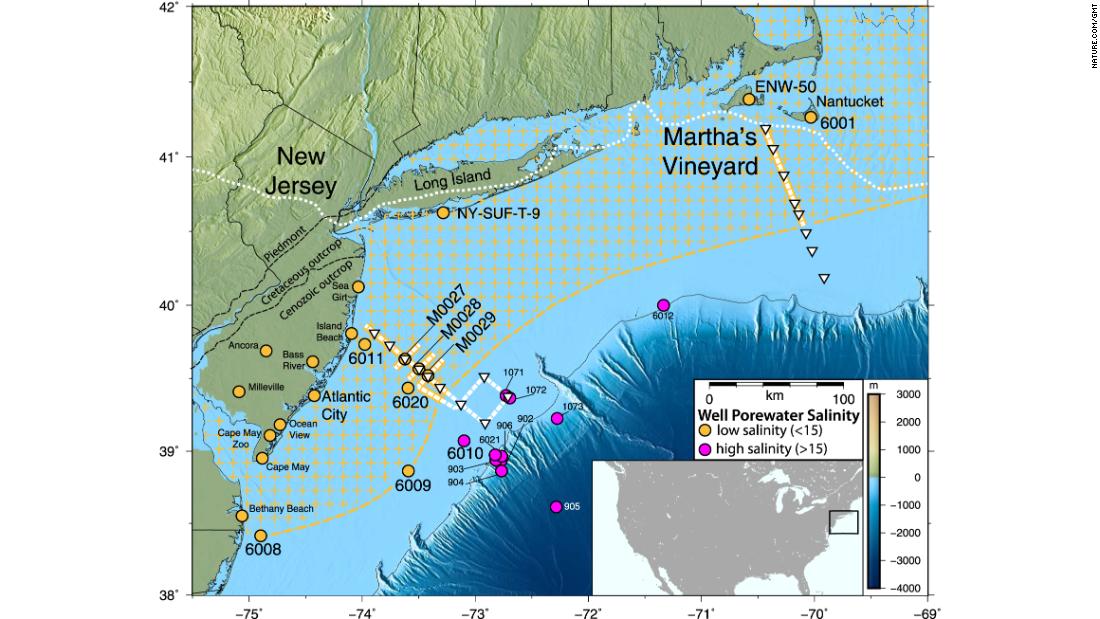 A gigantic aquifer, consisting mainly of freshwater and hugging the coast from New Jersey to Massachusetts, sits beneath the ocean floor. It contains at least 2,800 cubic kilometers of fluid. That's enough water to fill 1.1 billion Olympic swimming pools.

It is the largest known underwater freshwater aquifer in the world. But more importantly, there may also be other such freshwater aquifers around the world, a potentially huge natural resource on a planet with a steadily growing population.

The discovery was made by researchers from Columbia University and the Woods Hole Oceanographic Institution They made an investigation of the ocean floor off the northeast coast of the US, as the study published last week in the scientific journal Reports found sometimes encountered freshwater pockets, but it was unclear how much water was down there.
"We knew there was fresh water down there in isolated places, but we did not know the scale or geometry." Chloe Gustafson, PhD. Candidate at Columbia University and lead author of the study, said in a statement. "It could turn out to be an important resource in other parts of the world."

It was created after the Ice Age

Their research revealed that the aquifer, which is about 600 feet below the seafloor, ran from the coast up to 75 feet from the coast.

How did the fresh water get there? The researchers suggest that the freshwater in the aquifer is ice that has melted after the last ice age and caught in rocky sediments. They also believe that the aquifer is fed by subsurface drainage from the coast.

Gustafson, Key and Evans hope that their research can be used to locate other underwater coastal aquifers around the world that could be "a potential resource in on-land regions". Freshwater resources have decreased.

The fresh water in the aquifer still needs to be desalinated before it can be used for drinking water, since the water is slightly salty, as it mixes somewhat with the saltier seawater.