Atlantic "out of breath" 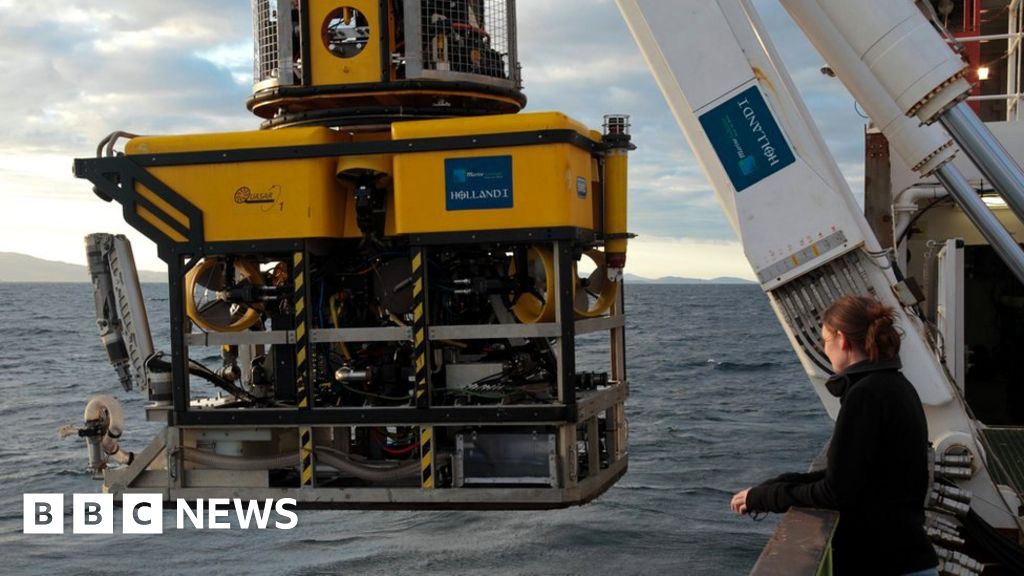 A huge international research program has been launched to study the health of the Atlantic.

The iAtlantic project is the largest ever mounted in the planet's second largest ocean.

It has more than 30 partners, funded by the EU and coordinated by the University of Edinburgh.

Scientists will use a range of high-tech devices, including robotic submarines, to search the deep ocean from the Arctic to South America.

They want to study the effects of climate change on plants and animals.

You will study genomics, physics, machine learning, and other fields of expertise and create a digital map of ocean ecosystems for four years.

The results will help governments decide which developments in the Atlantic are sustainable and responsible.

They will also highlight "sanctuaries" where endangered species may have a chance of survival.

The Atlantic suffers from a tripartite attack, according to iAtlantic Program Coordinator, Prof. Murray Roberts of the University of Edinburgh.

To illustrate, he opens a sample bucket and takes out a deep red crab with a diameter of about one foot.

He is a beauty. He is also quite dead, took samples in 201

2 and has since been immersed in preservatives.

"It just gives you an idea of ​​how big and beautiful life in the deep sea is out there," says the professor.

From other buckets he draws specimens of black coral and a deep-sea eel sheath, a large version of what we landlubbers sometimes refer to as a mermaid purse.

So far, so diverse. So, what's the problem?

"What will happen to these animals in the future when the Atlantic Ocean changes?" Prof. Roberts says.

"When the weather gets warmer, when it gets more acidic and in some regions it gets out of breath."

"Because the ocean, like many ocean basins in the world, is deoxygenated, it loses its oxygen, which is vital.

The cause is climate change: 90% of global warming has been absorbed by the oceans.

The team will focus on the ecosystems of 12 areas, including the Mid-Atlantic Ridge off Iceland, the Sargasso Sea, the cold depth from Angola to the Congo Lobe and the Vitória-Trindade Seamount chain off Brazil.

In addition, much closer to home, a coral reef just off the western islands.

In the lab in Edinburgh, Dr. Laurence De Clippele underwater camera shots of the coral hills of Mingulay reef.

The images are remarkable, but technology allows her to do more.

The mounds were mapped with unprecedented accuracy by a remote-controlled sonar-equipped submersible.

It's one of the technologies the iAtlantic team wants to apply to the entire ocean.

"You can see all these little lumps here, they are living corals," she says.

"The hills are made up of dead skeletons – calcium carbonate – as well as living ones."

Typically ashore we encounter calcium carbonate as chalk. But they are also the skins of marine organisms.

If the acidity of the ocean is high enough, this is extremely bad news, as the mussels may soften or dissolve completely.

In addition, a coral that does not respond well to rising sea temperatures will not be able to pick up sticks and move elsewhere.

"These reefs are very important because they provide a home for many animals," Dr. De Clippele.

"They can seek refuge there, eat there, and reproduce there."

"And some of them are economically important because they could end up on our plate."

Another partner is the Scottish Association for Marine Science (SAMS), based in Dunstaffnage near Oban.

There, on the shore, the physicist Prof. Stuart Cunningham shows me an autonomous glider.

If you look at the whole world like a winged torpedo, you can vary its buoyancy by sliding one kilometer below the surface of the ocean to take measurements, and then "fly back" to the surface via satellite to send home.

It is not supported for up to six months.

"We can measure properties such as temperature, salinity, flow and oxygen," says Prof. Cunningham.

"Like other parameters, how much sunlight penetrates the ocean."

The project has a term of four years. The Horizon 2020 program of the European Union foresees more than € 10 million.

Another EUR 30 million will be provided by partners in the form of research cruises and other technologies.

Prof. Roberts says they will explore all aspects of life in the ocean pillar.

"And then we will work in terms of physics the ocean is changing.

" We can then understand where the ecosystems are tilting from one state to another, where we will have a real problem in the future.

"If we can identify these areas, we can work with governments to ease the pressure."