Auburn baffles again with one hand, tipping Kentucky and rising to fourth 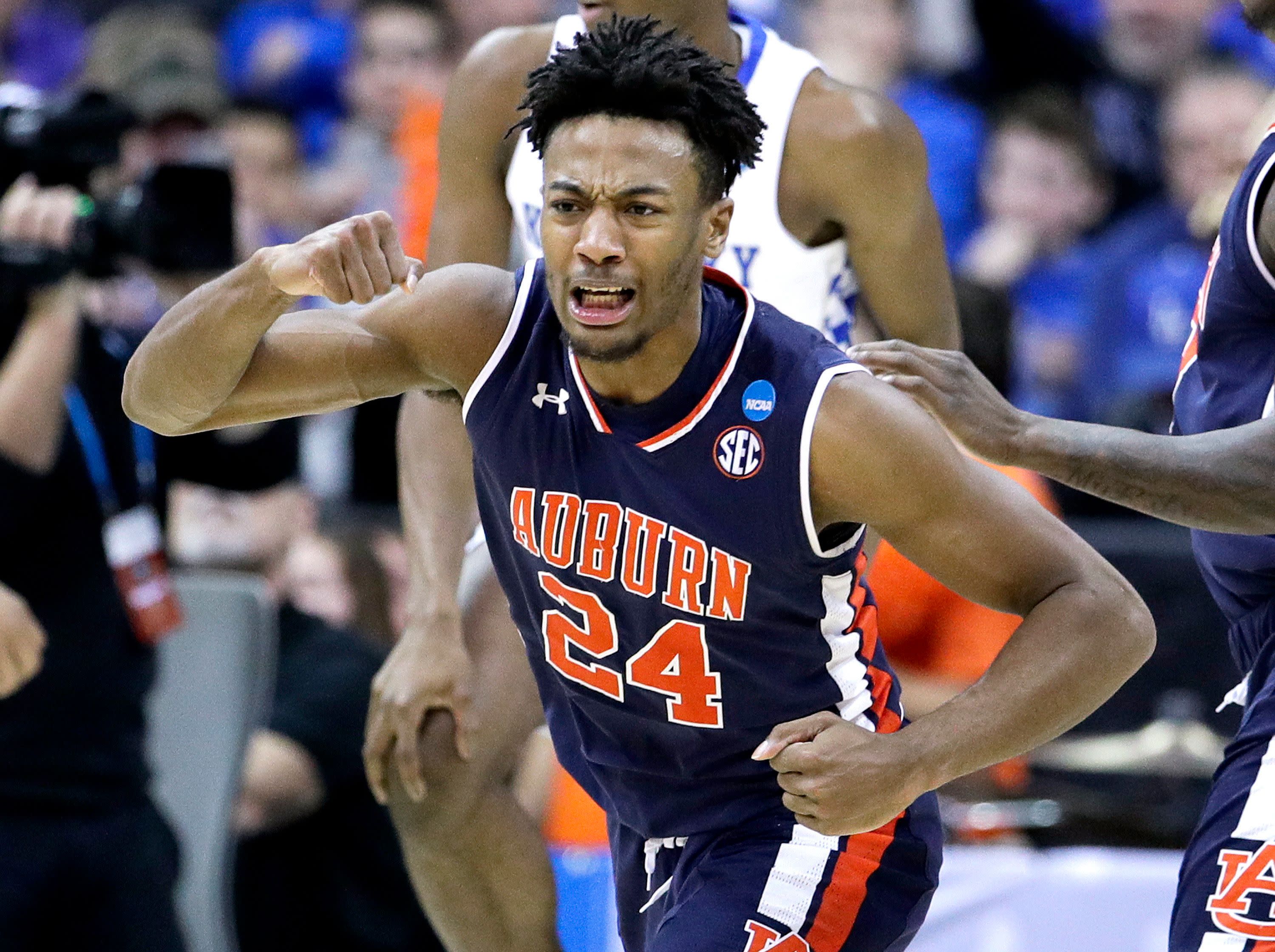 Auburn has killed another giant. And this time it hit the first ticket of the program for the Final Four.

6, Kentucky Sunday's No. 2 Tiger crashed as their best player from the sideline in a wheelchair with a tattered ACL.

Bryce Brown and Jared Harper grabbed and injured Chuma Okeke, who wanted to bring the Tigers to the Final Four with a 77-71 win over Kentucky.

Auburn came into the game at a significant disadvantage, his best player in the NBA prospect Okeke, who suffered a victory against North Carolina in the second half of Friday.

Where many expected a blowout due to the Okeke injury, the Tigers had other ideas. Kentucky started with a 22:13 lead, which looked like the beginning of the predicted one-sided result.

It was a battle when Brown and the American star PJ Washington rushed down the track before Auburn had a chance to win the regulation with one last shot. But Horace Spencer's contested 3-pointer missed the mark and sent the game into the extra session, which stood at 60-60.

Overtime belonged to Auburn. The Tigers built their biggest lead at 68-62 and defended the Wildcats to write program history.

Brown finished 24 points, hitting 4 of 7 3 points while Harper scored 26 points. 5 assists, four rebounds and 3 steals while hitting all eleven of his free throws.