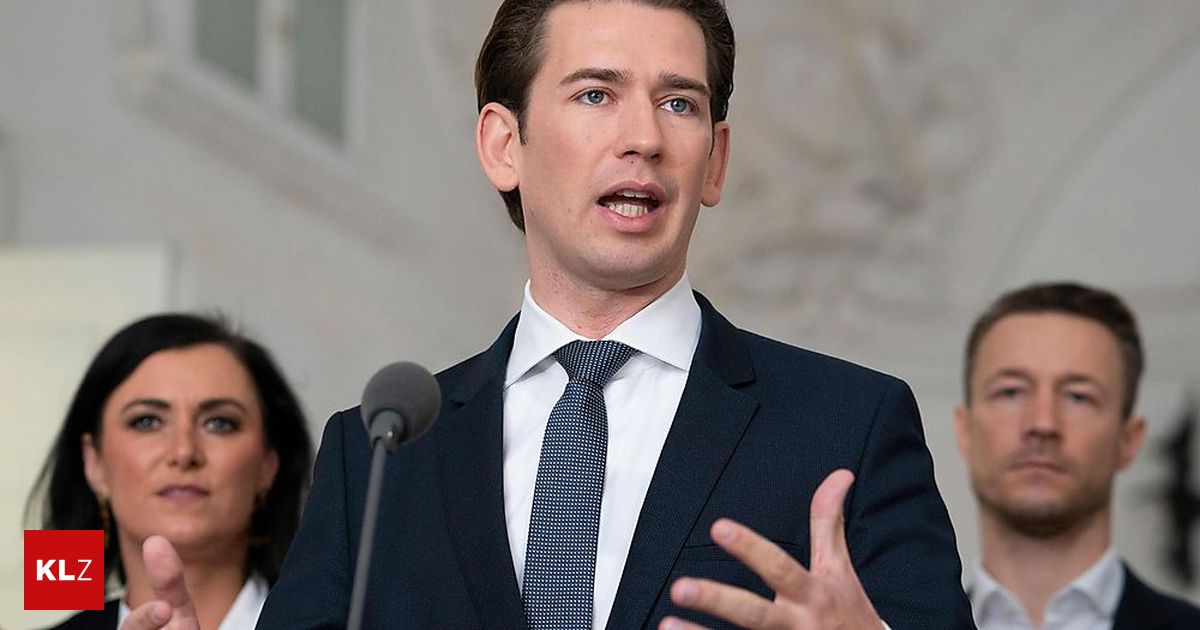 Today ÖVP leader Sebastian Kurz wants to announce the start of coalition negotiations with the Greens. Start this week, no graduation before Christmas, unless the project fails first.

After the Greens is the ÖVP at the word. At ten o'clock, party leader Sebastian Kurz will announce whether the People's Party is entering into coalition negotiations with the Greens. Last evening Kurz summoned the Party members, including the provincial governors, to the Party Academy in Meidlung. Anything but a clear vote for the start of the talks would be a surprise.

"We want to take the step"

After five hours of deliberations on Sunday had the 27-member Federal Executive of the Greens for holding coalition negotiations with the ÖVP pronounced – unanimously.
"We want to take the step," said Green Party leader Werner Kogler in a press conference. "Our hand to the ÖVP is stretched out. How that ends, we do not know. "Kogler also made it clear that his party would not hesitate to get up from the table. "We will do it, if there should be an attempt, as in 2003 to make black and blue politics with green Mascherl."

Given the deep content gap between the Greens and ÖVP Kogler emphasized the ability to compromise. "In a democracy we can not denounce the compromise." Addressing internal reservations, he tried to persuade Max Weber: "There is a big difference between ethics of ethics and responsibility."

Agreement only in the New Year? [19659011] Already tomorrow ÖVP and Greens are likely to fix the key points of the coalition negotiations, ie location, timetable, structure. In green circles of the Greens, it is assumed that the negotiations, if accompanied by success, come to a conclusion only after Christmas. "We currently have a government that is doing a good job anyway", dampens expectations for a quick conclusion.