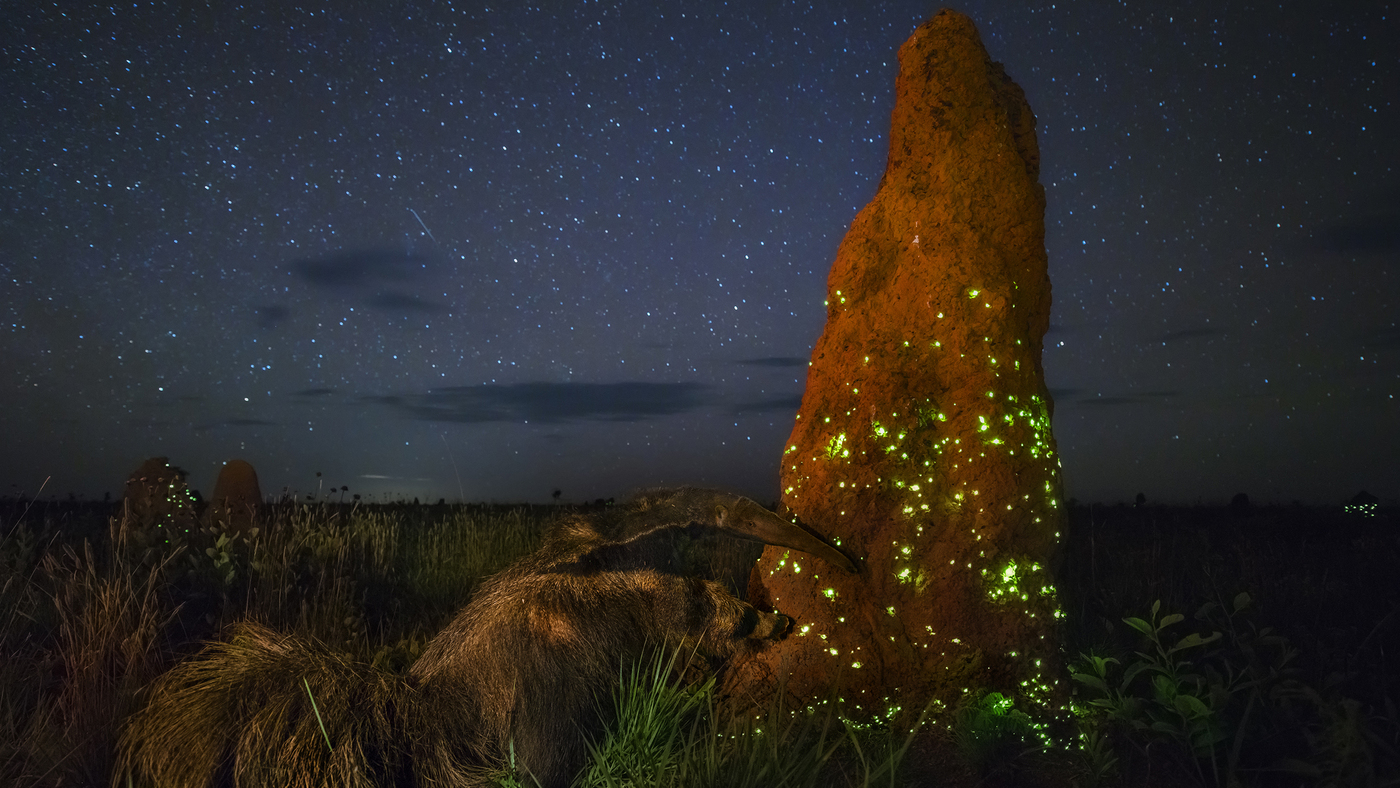 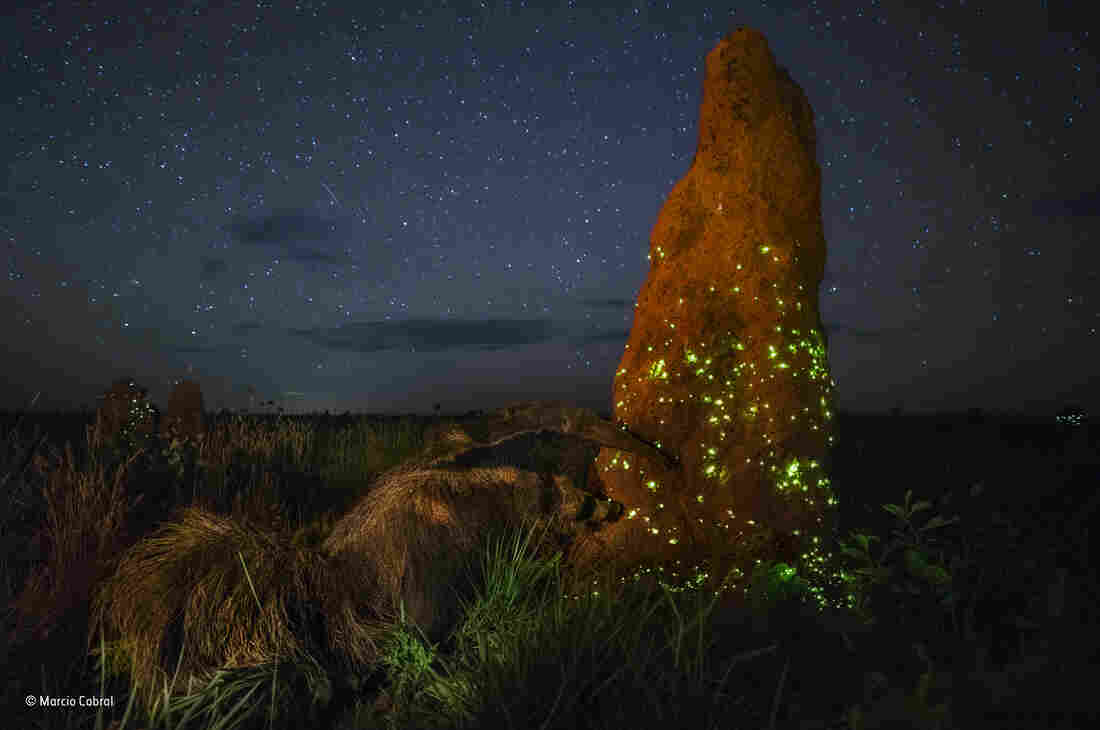 The photo disqualifies Friday: The Night Hunter by Marcio Cabral. The judges of the Natural History Museum in London, which is the recipient of the Wildlife Photographer of the Year Award, noted that Cabral had faked his photo with a taxidermy anteater ̵ 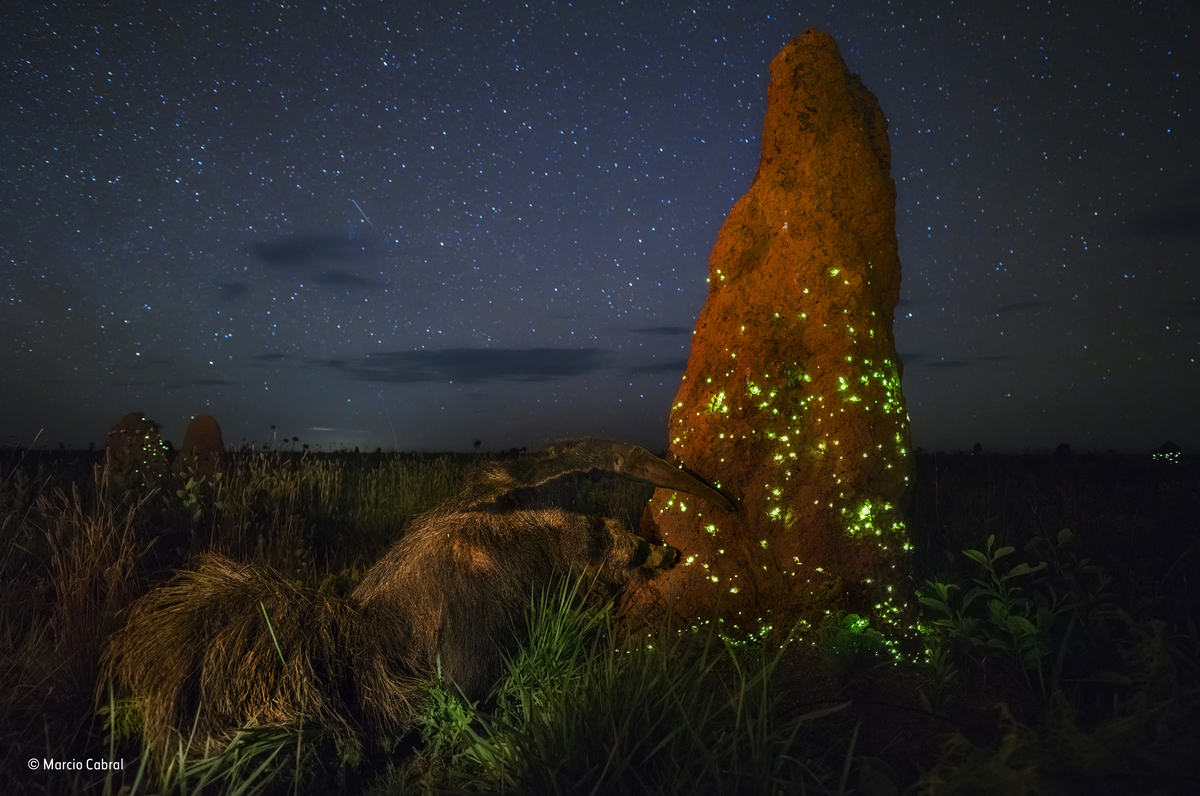 The photo disqualifies Friday: The Night Hunter by Marcio Cabral. The judges of the London Museum of Natural History, which awarded the Wildlife Photographer of the Year prize, noted that Cabral had faked his photograph with a specimen – an indictment he denies.

The shot is breathtaking at first glance. In the upper half of the frame, stars hang like a spangled canopy over the vast grassland that would be bleak without the large termite mound in the foreground. The hill glows with the bioluminescence of beetle larvae, whose fluorescent stain searches the world like the mirror of the stars.

But take a second look at this foreground, just a little to the left, and you will find a Langschnauzlurker with some very clear own expectations. The anteater in the dark is the star of the photo – named after The Night Hunter in the Animal's Honor – and one of the reasons why Marcio Cabral's photo won a category in the 2017 Wildlife Photographer of the Year competition. [19659008] Well, this anteater is the reason why he loses the honor.

The Natural History Museum of London, which identifies the winners of the annual prize, announced Friday the photo of Cabral was disqualified for having the wrong stuff – or, um To put it another way, the biggest trouble is that the photo is stuffed at all.

"Evidence was presented to the museum by third parties that it is most likely that the animal in the winning photography is a dissection," it says in a statement by the museum.

"After a thorough investigation," the statement went on, "the museum concluded that the available evidence points to these allegations that it is true, and as a result, the museum believes that the image violates the competition rules state that "entries should not deceive the viewer or attempt to misrepresent the reality of nature."

They say that a week-long investigation, conducted by anonymous tips and conducted by several scientists, found that the anteater in Cabral's picture has a striking resemblance to a taxidermy anteater exhibited at one of the entrances to the Brazilian Emas National Park, where he took his photograph. The resemblance is so striking that the researchers of the museum have decided that they are the same

Take a look at the picture below and compare it yourself. 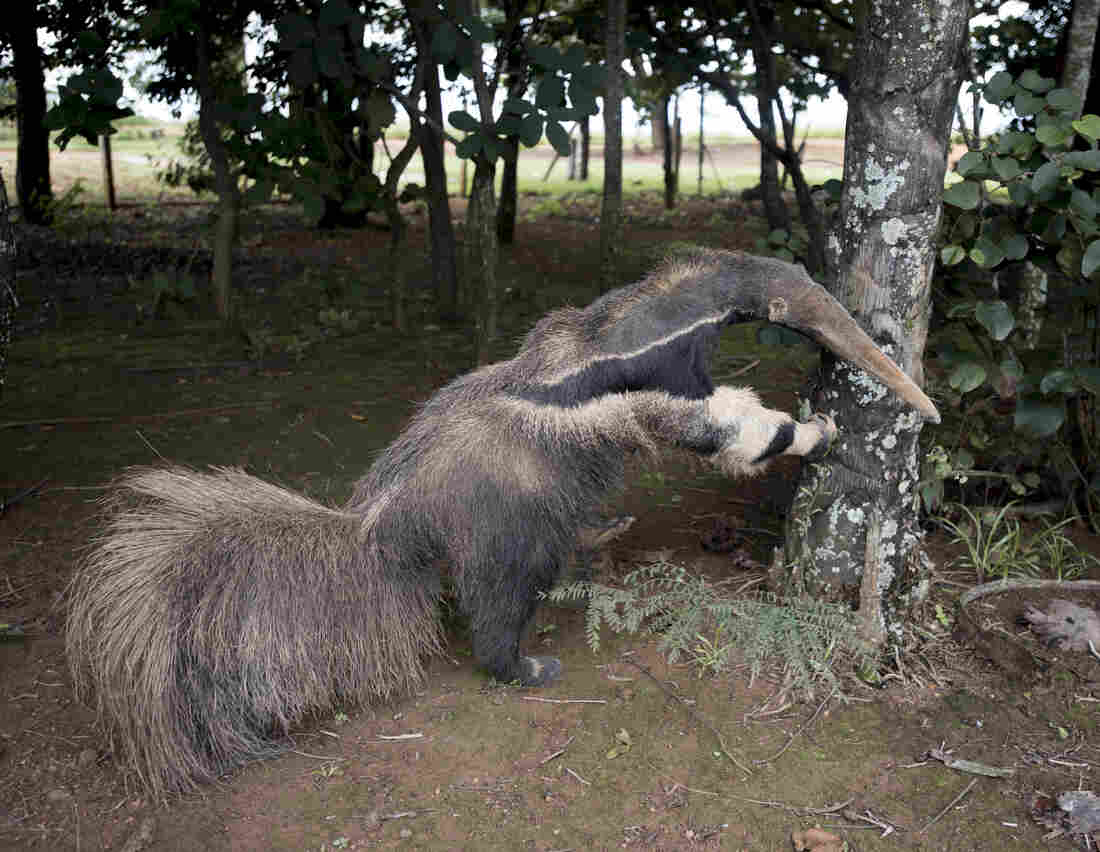 In According to the museum, which was provided by an anonymous third party, the stuffed animal in the center of the controversy offers a crafty pose for the camera – or could you imagine if it had been a real living thing. 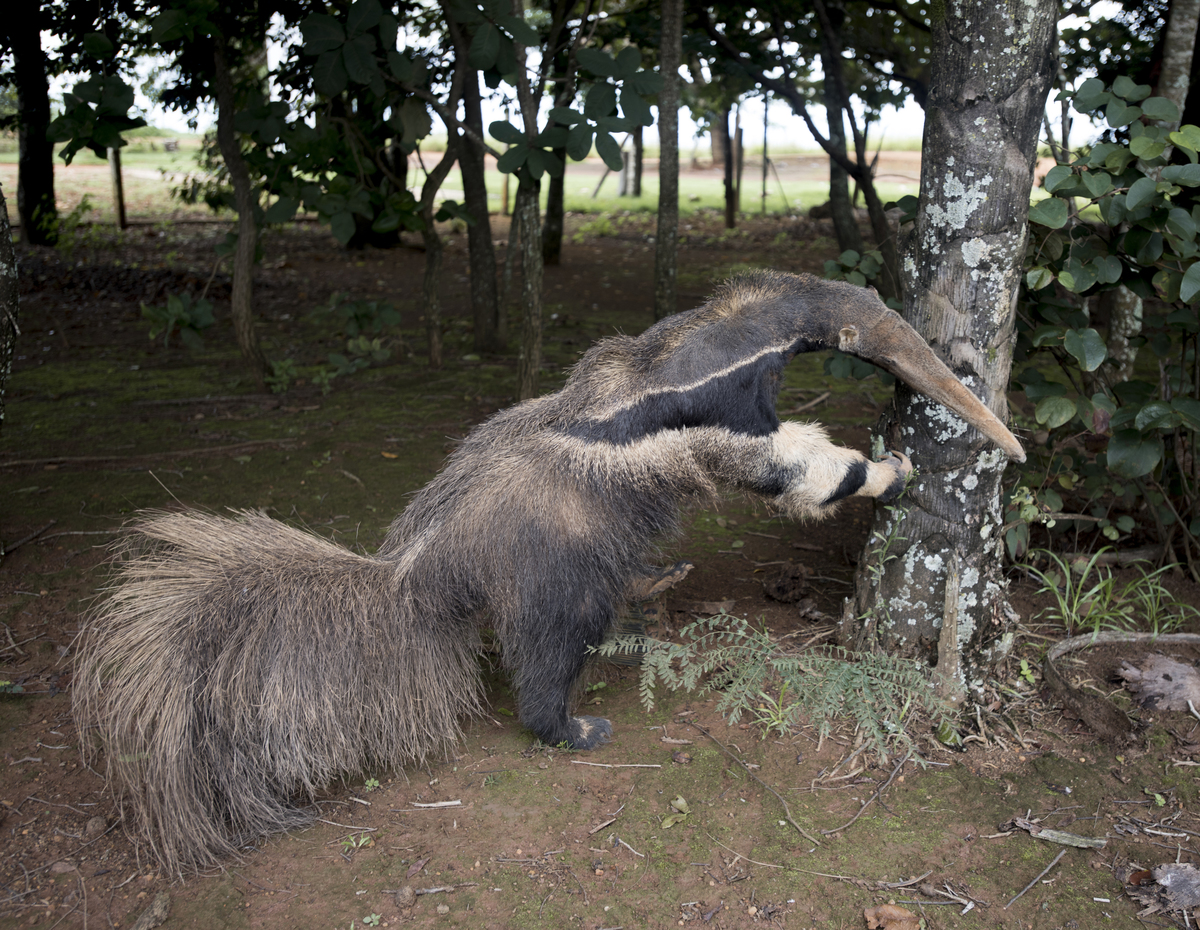 In this photograph, which according to the museum was provided by an anonymous third person, the stuffed animal in the center of the argument offers a clever pose for the camera – or could one imagine, had it been a real creature [19659006] Natural History Museum

Cabral did not immediately respond to NPR's request for comment.

But the museum noted in its statement that Cabral has flatly denied the claim. When he won the Brazilian Media Prize last October, he described the picture as the product of three years in which he visited the park, hoping to find exactly the right conditions to catch the anteater in the act – and when he finally got the scene he wanted it, he caught it in a single long exposure.

During the investigation, the museum says Cabral even produced a confirming witness – whose testimony, it seems, was not convincing enough to attract investigators convince.

The museum says that it is giving up its gain in the category "Animals in its Environment" and will not replace it with another winner. Because the names of the finalists were released last October, the museum says the judges can no longer make an objective decision.

"I find it daunting and surprising that a photographer is trying so hard to fool the competition and its worldwide delusions." One of the judges, Roz Kidman Cox, said in the statement on Friday.

"The competition places a high value on honesty and integrity, and such a breach of the rules is disrespectful to the wildlife photography community that The Disqualification should remind participants that a transgression of rules and competitive spirit will eventually be discovered . "