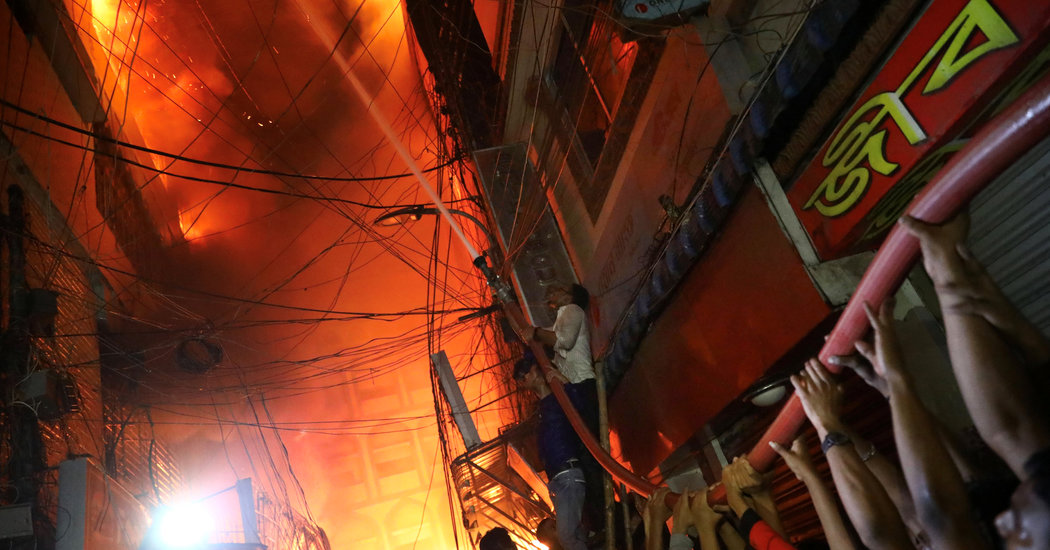 NEW DELHI – A fast-moving fire ripped through a crowded neighborhood in Dhaka, the capital of Bangladesh, turning into an inferno that killed at least 70 people, fire officials said.

Bangladesh has a poor record It comes to fire safety because many buildings are cheap and unsafe and the risks are compounded by inadequate enforcement and unscrupulous management. In one of the worst disasters, 112 people were killed in 2012 when a fire broke through Tazreen Fashions clothing factory outside of Dhaka.

According to fire stations, the fire started Wednesday evening in a mixed-use building people were sleeping. Some witnesses said that a compressed gas cylinder that many people use for cooking triggered the fire.

Chemicals, including paints, were stored in stores on the ground floor of the building, feeding the flames that covered the entire building and spreading them. The neighborhood, Chawkbazar, is centuries old and houses serpentine alleyways and jiggling buildings that are so close together they almost touch each other. Haji Abdul Kader, who runs a small pharmacy in the neighborhood, told Agence France-Presse that he was "a big bang" and then looked at "the whole street, which was full of cars and rickshaws, on fire." [19659002] At dawn on Thursday, the building was nothing but charred wood and ashes, and other nearby buildings were also badly burned.

"Many of the bodies recovered are undetectable," said Mahfuz Riben, a fire and civil defense official in Dhaka, told the Associated Press, "Our people use body bags to send them to the hospital morgue – this is a very difficult situation."

Firefighters said the death toll could rise as they continue to look for survivors and looking for bodies.