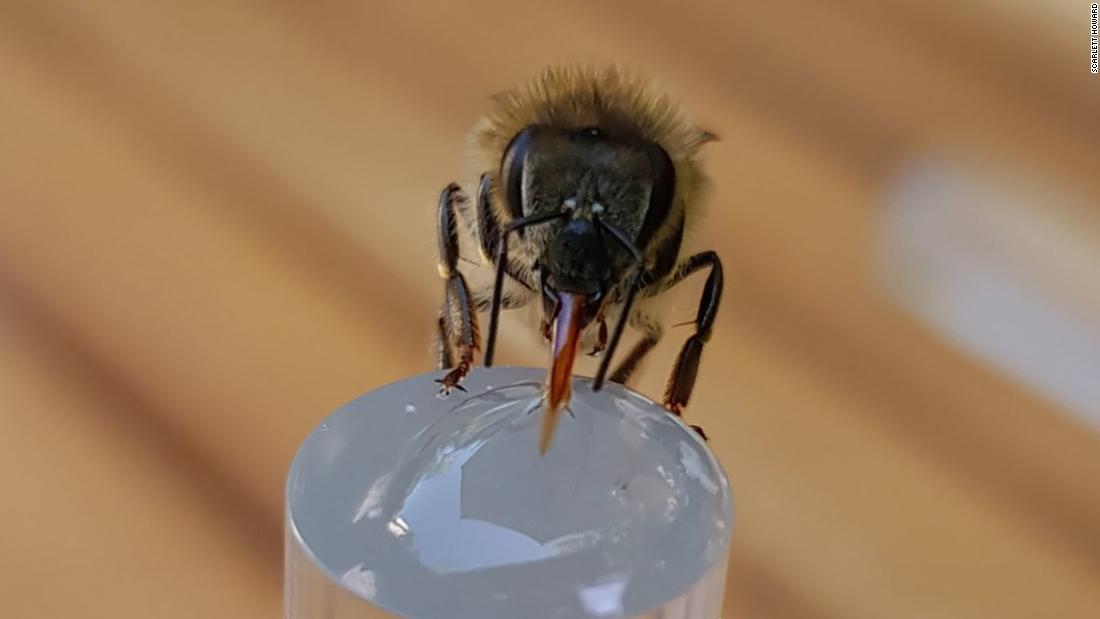 Bees have already proven that they can count up to 4 and learn some basic arithmetic. Now, new findings in the Journal of Experimental Biology suggest that they can calculate even higher numbers – if they know they're being punished for the wrong answer.

Principal author Scarlett Howard trained 22 honeybees randomly collected from 25 beehives in Toulouse, France. They were divided into two groups and learned to enter a Y-shaped maze and choose between two options, one right and one wrong.

The correct answer always had four forms, and the wrong one could contain between one and ten forms.

More impressively, the bees, who knew about the quinine consequence, chose the four-form image 59% of the time, when mated to a five-form image, despite the difficult distinction.

Bees pay more attention when there is punishment potential.

Like humans, bees are more likely to make the right decisions when they are highly motivated.

Howard wrote that the bees punished for making wrong decisions carried more of the right ones, probably because the presence of punishment increased the incentive so low – the reward was not so motivating.

Their ability to distinguish numbers is comparable to, among other things, African gray parrots, dolphins, and guppies, Howard wrote. This is proof that even insects can perform complex tasks.