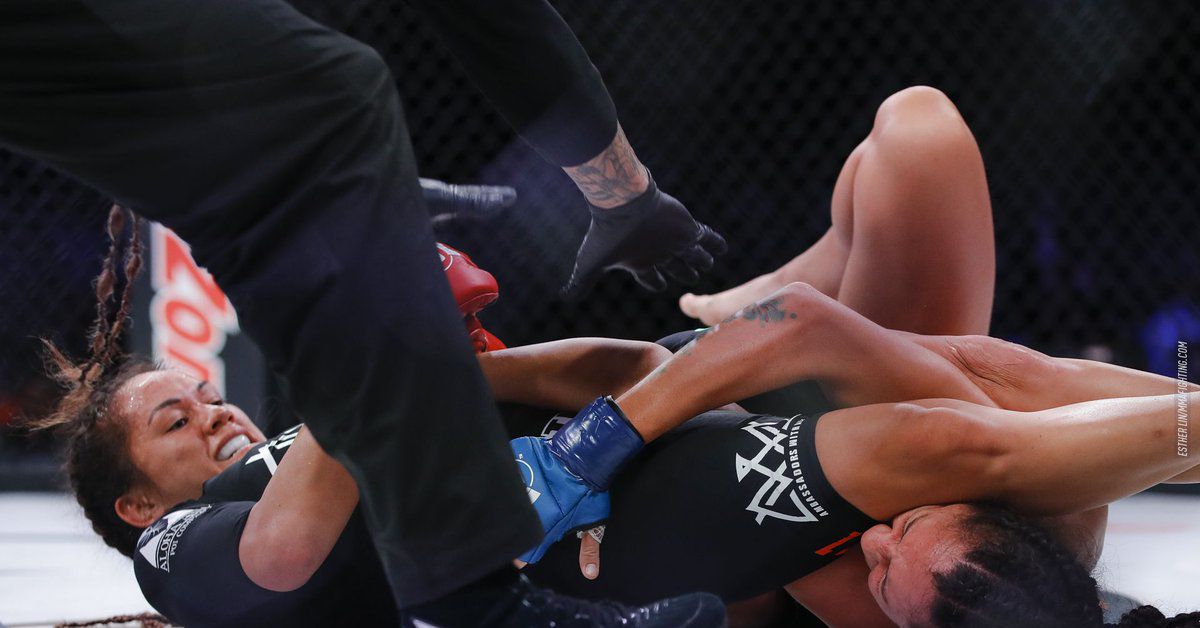 Bellator 201 has just concluded with Ilima-Lei Macfarlane, who successfully defended her flyweight title against Alejandra Lara in the main event. Macfarlane leaned on her grip and brought Lara to the mat, where she noticed a nice crossbow from the third round to hold her belt. Saad Awad took over the business in the co-main event tonight and shook hands with Ryan Couture to reach a first round of TKO. Awad now enjoys a four-man winning streak that should set him up for a big-name fight in the near future.

Also in the payroll Valerie Letourneau waged war against Kristina Williams, with each athlete landing all kinds of punches. When all was said and done, it was Letourneau who left with a unanimous nod. Juan Archuleta, who opened the main card, showed a great performance against Robbie Peralta and finally scored a third knockout goal to claim the biggest win of his career.

Macfarlane struggled to bring the fight to the ground and decided to take the lowest position. From her back Macfarlane attacked a triangle and stayed in the hold for a considerable time. Lara finally managed to escape and gain control of the time, but Macfarlane was able to get up before the end of the round. Macfarlane has converted the takedown in the second round and in full version. Several elbows landed for Macfarlane, causing Lara to give up her back. A few more ground attacks landed for Macfarlane, as Lara could not shake her off for the rest of the round.

In the final round, Macfarlane saw a takedown from a botched backfist. Lara uncovered her again and Macfarlane charged several strokes before Lara whirled around and dumped the full mount. After a couple of elbows hit Lara's skull, Macfarlane grabbed an armbar. Lara defended herself very well and stayed hard for a while, but Macfarlane was not denied, made the adjustments and got the tap.

This was the beginning of the end for Lara:

Take a look at this sweet sub-experiment by Macfarlane:

Couture came out to close the gap and cling to the cage with Awad. Awad was able to reverse the position several times to return continuously to the open space. Awad's right hand and head starts to land on the regular level, and then Couture stuns a big old counter-hand to make the final sequence. Awad began to rave about his opponent, landing a variety of punches, kinking couture and forcing the referee to take action and end the fight.

Awad went to H.A.M. To Finish:

Both athletes met in the middle and went straight to work. Williams landed on the right, which seemed to knock over her opponent, but Letourneau quickly got back on his feet. When Williams risked a kick, Letourneau pressed her with his right hand and sent her to the canvas. A few ground attacks landed for Letourneau from the cover of Williams, but after a break, the referee put them back on.

The second round was really back and forth! Each fighter had his moments as they went beat by beat, shots and kicks mixed. Williams was much more successful with her punches than in the first round and began to integrate her elbows into the mix. Williams really came out aggressively to start the final round, throwing a torrent of straights, but Letourneau changed the level and put it on her back. After a referee's stand, Letourneau scored another goal against Williams aggression. Williams entered a triangle with about 10 seconds in combat but was unable to pull it out.

Williams went for it:

Check this clean deposit by courtesy of Valerie Letourneau:

Juan Archuleta bes. Robbie Peralta of KO at: 14 of Round 3: Featherweight

Archuleta went up in flames and immediately put it on the veteran. A flying knee wiggled Peralta before Archuleta had his experienced opponent under further control. Peralta struggled for a break, but did a good job staying vertical in the opening round.

Archuleta immediately blew a takedown to open the second frame, but Peralta did well to get back on her feet. Peralta struggled for a breakup and spent much of her time back to the fence. Archuleta recorded a takedown of about ten seconds in the round, but time ran out before he could do anything with it.

The last frame did not last very long, thanks to Archuleta's uncorking a massive overhand right that Peralta dropped. A few hammerfists later, and the referee stepped in to stop the fight.

If you push all the buttons at the same time:

Jay Jay Wilson def. David Conte by submission (RNC) at: 59 of Round 1

Tyrell Fortune bespeaks Giovanni Sarran from TKO at 4:35 pm from Round 2

Totally satisfied, NCAA Wrestling Champion @MrRoseCity The goal is to move his record to 6-0.

With the increase in heavyweight division, tell us who you want to see him next! pic.twitter.com/XGu3UwCQGd