Ben Askren promises to give Khabib Nurmagomedov a "big brother" 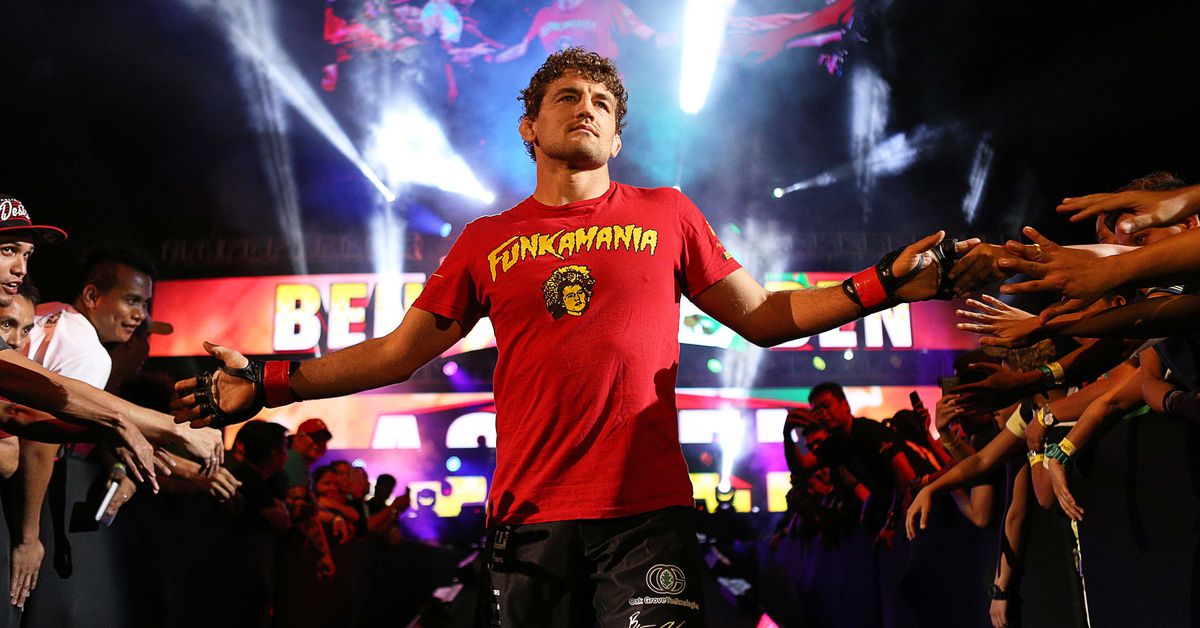 Ben Askren and Khabib Nurmagomedov will not share a meal so soon.

With his long-awaited Octagon debut on March 2 against Robbie Lawler at the UFC 235, Askren's recordings from the social media sector have fired a host of goals in recent months in the ranks of the UFC. Some of these shots were directed against Nurmagomedov, the undefeated lightweight champion of the promotion.

In a video recently released by Submission Radio, Nurmagomedov was asked about Askren and a possible showdown against former defending champion Bellator and ONE – and to tell the Dagestani Star rejected Askren.

"He never fights in the UFC," said Nurmagomedov of Askren. "He has to fight in the UFC first. He has to show his level because I see someone crush him in ONE FC. Someone beat him in ONE FC. He's just signed to the UFC and tried to talk, you know.

"But now everyone is trying to talk and promote these things, but you need to attend the UFC, then we'll see his levels."

With an Olympic wrestling background and a flair for the drama, Askren (1

8-0, 1 NC) has dominated his competition during his 10-year mixed martial arts career and Douglas Limas, Shinya Aoki and Andrey Koreshkov in establishing surpassed as one of the most talented fighters outside the UFC.

Now Askren is under UFC contract and is preparing for a big campaign for 2018 – and it was not long before he responded to Nurmagomedov (27-0) and posed a challenge for the lightweight champion for later in the championship Year.

I just heard what @TeamKhabib said, he will find his level if he does not come from his back and I'm a big brother. Fight against him for £ 165 title in October / November of this year.

If Askren against Nurmagomedov happened at 165 lbs, who would do that?