Breaking News
Home / Health / Beyond the Stigma: Chronic pain is the other side of the opioid epidemic Beyond the stigma

Beyond the Stigma: Chronic pain is the other side of the opioid epidemic Beyond the stigma 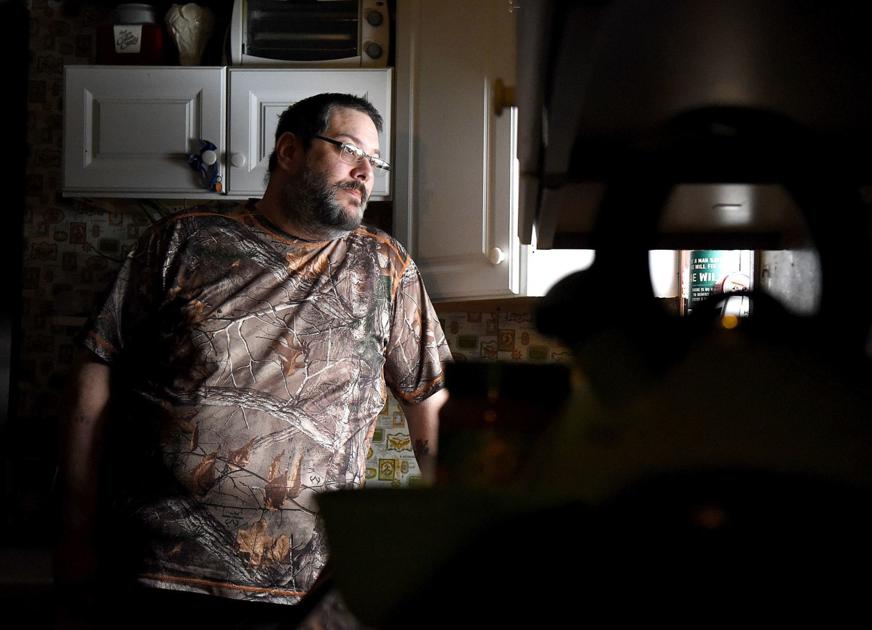 Chris Sounia's spine was fractured and his leg shattered when a drunken driver who was going in the wrong direction on I-495 in Massachusetts crashed straight into the limousine he was driving.

Twenty-five years later, Sounia is one of the estimated 19.6 million Americans suffering from chronic pain referred to by the Centers for Disease Control and Prevention (CDC) as pain that affects their daily lives or work.

Many of these patients claim to have become victims In the government's fight against the opioid epidemic, as doctors are afraid to prescribe these drugs, and the insurance carriers refuse to pay. They say they are being punished for the misdeeds of others.

And some say the mistake lies with the CDC itself.

This is the other side of the opioid epidemic.

Sounia After a fall in 1

994, he spent a year in a rehabilitation hospital in Salem. He returned to his chauffeur job for a while, but a fall in 2000 destroyed the bones again. "I ate Tylenol and Motrin as if it were a candy," he recalls.

Sounia is convinced that all of these over-the-counter medications have contributed to the massive heart attack he suffered in 2012; a surgeon performed a four-fold bypass and removed most of his sternum, replacing it with a titanium breastplate.

At that time, his family doctor sent him to a pain clinic. After trying several other drugs with terrible side effects, his doctor prescribed oxycodone, and Sounia has taken it daily since then.

In 2017 Sounia learned that he had colon cancer; that meant more surgeries to remove part of his bowel. He assumes he has had about 20 surgeries over the years, and each had their own pain.

Sounia is a great man. At 6 feet-7 inches, it weighs 370 pounds. He takes four milligrams of oxycodone daily; He also has a prescription for up to five 15-milligram pills for days on which he needs extra relief.

The letter came out of the pain clinic last August, where Sounia has been a patient for seven years. Due to a new federal policy that came into effect on January 1, it warned him he should expect to "wean" his prescription painkillers.

In response to the opioid crisis, the CDC published guidelines in 2016 that recommended limit values ​​for opioids. Since then, public and private payers have been making the cover decision based on the dose limits recommended in these guidelines.

Citing the CDC Guidelines, the Medicare and Medicaid Services Centers issued a new Medicare Drug Plan policy in January 1. It requires "safety warnings" when patients submit opioid prescriptions based on 90 milligrams of "morphine milligrams". Add Equivalent "(MME) or more. The pharmacist must contact the prescribing physician to "confirm the medical need," according to the CMS website.

Sounia balks at the new federal rule. "A pharmacist is not a doctor," said Sounia. "What right does he have to tell me what I need and what's going on in my body?"

In a draft report released last month, a federal intergovernmental task force called for a review of the CDC guidelines for the prescription of opioids for chronic pain, indicating "unintended consequences." A result of their "misuse or misinterpretation ". One of these consequences is the "forced rejuvenation or patient task that many patients with chronic pain have experienced while maintaining stable long-term doses of opioids" (19659002). The Inter-Institutional Pain Management Best Practices Task Force found that at least 28 states have enacted laws that include support opioid prescription limits based on the same guidelines. "The CDC directive was not intended as a model law for state legislators," the report said.

In 2016, the New Hampshire Board of Medicine adopted its own rules for the prescription of opioids without specific dosage limits. Instead, for chronic pain, doctors must "prescribe the lowest effective dose for a limited period of time". Suppliers must also consult a "suitable specialist" if a patient receives a dose equivalent to 100 MME for more than 90 days.

Sounia said he has already reduced his own prescription dose and his doctor has assured him that she will not reduce the dose any further. "She will not let me down. She's been there since the first day, he said. His insurance company had recently informed him that his current dosage was approved for another year.

But he knows other pain patients who "lose weight" in their medication – and he knows two New Hampshire patients who took their lives after their doctors stopped prescribing painkillers.

And he worries about what will happen to him when his doctor retires.

For those who do not understand what is at stake for people like him, Sounia suggests, "Try to spend a day in pain with the patient's shoes. "

" You wake up, you are in pain. You go through the day, you are dealing with pain. You go to bed, fight the pain to get some sleep, and then you can do it in nine out of ten cases, "he said.

He said he understands why some patients are desperate when their medications are cut "If someone takes away all your hope … you'll be desperate," he said.

Despite what he's been through since his crash, Sounia does not wonder why all this happened to him, he flinches "Everyone has their own way and their destiny," he said, "If it had not happened to me, it would have happened to someone else."

The car behind his limousine was carrying a minivan that night a mother and three small children. "They would not have survived," he said, "I'd rather take the brunt of it than let that happen."

Corona virus outbreaks have been reported in 9 industrial plants in Vernon, including 153 infections in Farmer John’s packaging plant