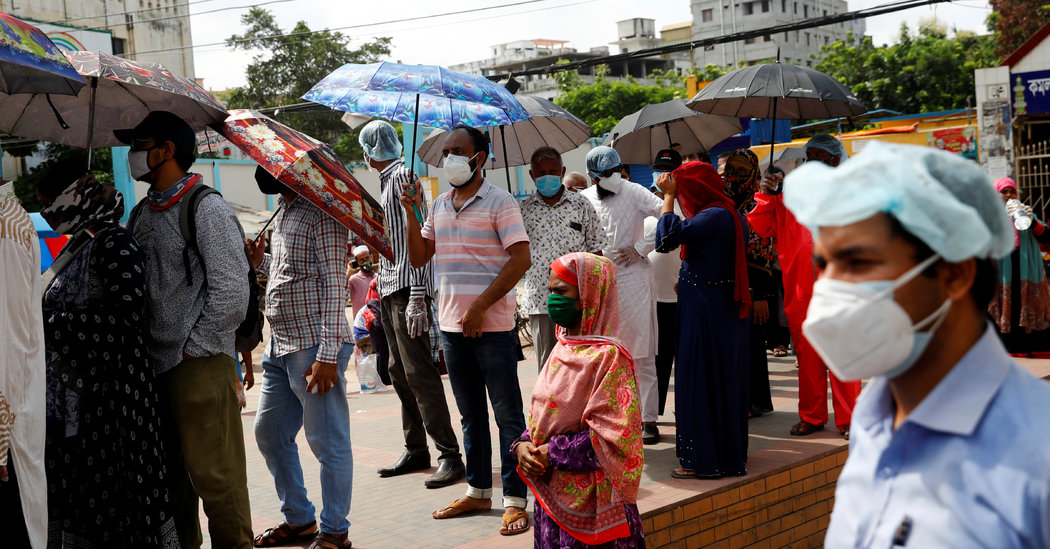 The situation with the corona virus in Bangladesh is particularly bleak. The country, where more than 160 million people live, has reported around 200,000 cases. However, given the virus spread through South Asia and the relatively low level of testing in Bangladesh, health experts believe the country has a much higher infection rate than the official figures indicate.

Italian health minister Roberto Speranza has ordered all flights from Bangladesh to be suspended after at least 37 Bangladeshi passengers have arrived in Rome and tested positive for Covid-19, according to Agence France-Presse. Italy sent back 1

68 Bangladeshis last week who had arrived at Rome and Milan airports, the Italian Ministry of Health confirmed.

Even before the test fraud was exposed, Bangladeshi law enforcement officials said Mr. Shahed had been investigated in more than 30 other criminal cases related to corruption, embezzlement, and fraudulent conduct. He has spent two years in prison, the authorities said.

“He is a well-known criminal,” said Faizul Islam, a member of Bangladesh’s elite police force, the Rapid Action Battalion. And Mr. Islam added: “We are acting against others.”

The Bangladeshi Ministry of Foreign Affairs released a statement Thursday that “around 1,600 Bangladeshis who recently traveled to Italy did not have counterfeit Covid 19 negative certificates with them.” However, the statement added: “Some Bangladeshis who have traveled to Italy in the past few days have failed to comply with the mandatory quarantine rule, and probably some of them have spread the virus to the community.”

Fiorenza Aini, a spokeswoman for the Italian Ministry of Justice press office, said she was not aware of any recent joint investigation between Italy and Bangladesh.

Giuseppe Mazzara, a spokesman for the Lazio region, which includes Rome, said that more than 6,000 coronavirus swab tests were performed on people who traveled to Italy from Bangladesh in June and on people they came into contact with . So far 191 have tested positive, he said.