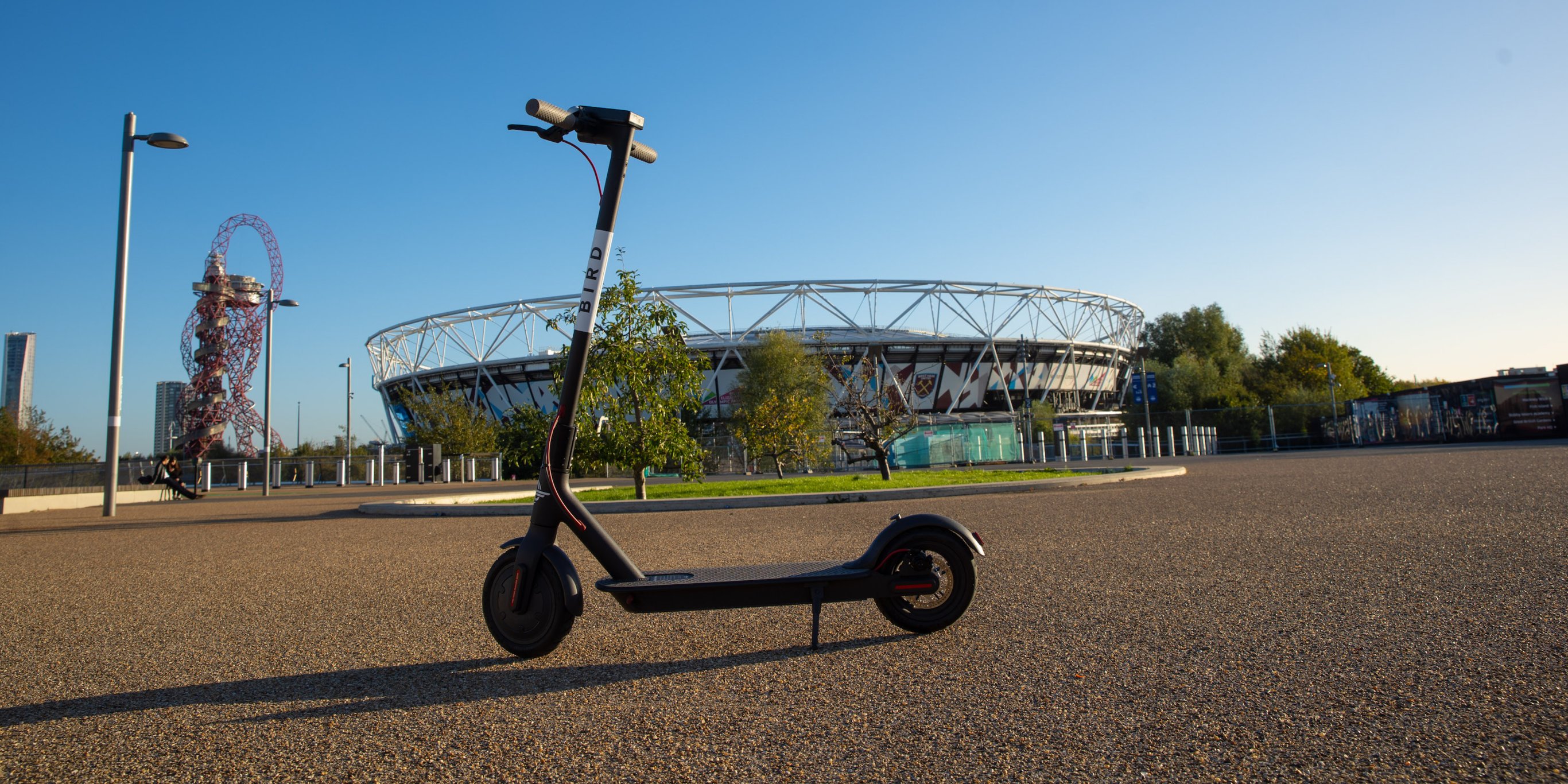 The electric scooter company Bird has taken a step in the British market with the launch in London's Olympic Park.

While the emerging US startup in Britiain can not fully launch due to laws prohibiting the use of scooters on roads or sidewalks, Bird has found a way to lift off the ground. [1] From Tuesday, Bird will provide its scooters along a route at Queen Elizabeth Olympic Park in East London. According to Bird UK Head Richard Corbett, there are discussions with "several private landowners".

The Olympic Park was selected because its owners, the London Legacy Development Corporation, had in the past played with new technology companies (such as a driverless bus) and because Bird was interested in what he considered a "mobility issue" to solve .

At one end of the Olympic Park is a business campus housing several businesses, as well as two campus campuses to which Bird would like to have faster access: Here is the route:

"This particular site suffers from a 30-minute walk to the nearest subway station," Corbett told Business Insider. "We can use electric scooters make a four-minute bird ride out of a 30-minute walk. "

The plan is to start with just 50 scooters and increase them as needed." Gone are the days when you've seen dockless schemes in the past Corbett said, "We've been flooding a market and annoying the city," we're making responsible scaling. "

[19659002] Cutting the scooters at a top speed of 15 miles per hour means all scooters are geofenced. On the specified route, the scooter slows down and stops working.

In the meantime, a handful of designated "birdwatchers" are stationed in the park all day long to ensure that people park properly and get to the intersection.

On the occasion of its launch, Bird invited Olympic champion Eddie "The Eagle" Edwards to become its first British rider.

Electric scooter companies could not launch in Britain because a 1988 law banning them on the roads was banned and a law from 1835 that prevented them from driving on the road drive. Business Insider saw e-mails from Bird to the London Transport Authority TfL, who complained about the law of 1835.

Corbett told Business Insider that Bird is focusing on lobbying to get scooters out on the streets, not on the street. "It's just a matter of time, we all have to go on a journey and we are patient," he said.

He said Bird did not know how long it would take to make changes to the law because the scooters would have to undergo rigorous safety testing.

"We will not start without the approval of the city, all that DfT [Department for Transport] demands from us, we will do to demonstrate profitability," added Corbett.