Bombings in Sri Lanka: The surveillance camera detects attackers in front of the Easter bombs 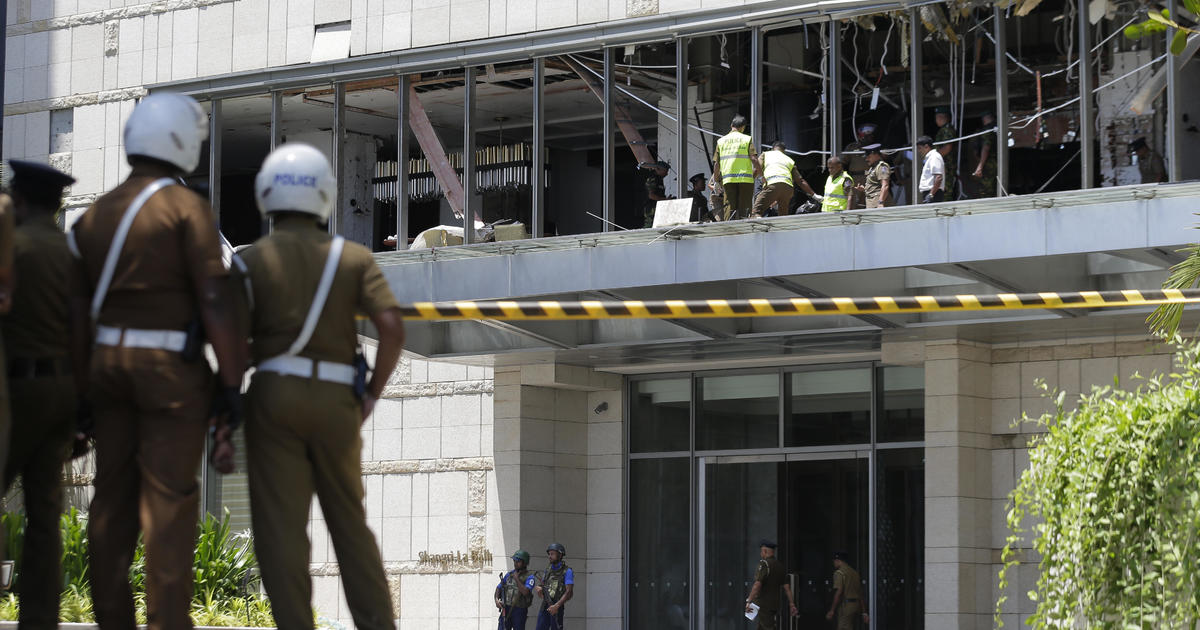 Colombo, Sri Lanka – In response to the Easter bomb attacks of 19459007 (19459007), Sri Lankan President Maithripala Sirisena called on his Secretary of Defense and the National Police Chief to resign on Wednesday. They are accused of having failed to trade intelligence reports before a wave of assassinations killed at least 359 people, including four Americans.

In a new surveillance camera video, two of the bombers are in the elevator of the Shangri-La Hotel. Both get out and a few moments later the explosion starts. One bomber was Moulavi Zahran, the lonely, unmasked man in pictures published by ISIS. Two others were brothers, wealthy and educated native men.

Secretary of State Mike Pompeo told CBS News that the terrorists would probably have help from outside . "I will say that every hint indicates that this was at least inspired by ISIS," he said.

The fact that the attack took place is a growing scandal in Sri Lanka.

Muslim community leaders are frustrated because they said they had warned the Sri Lankan security forces of certain extremist threats years ago. But the security forces did nothing. Now mosques are closed and armed.

"We are afraid of a backlash," said Hilmy Ahmed, vice president of the Muslim Council of Sri Lanka, adding that they are afraid of being attacked.

Muslims are as shocked and sad as everyone else on this island still has to contend with the extent of this massacre.

Michael Morell contributed to this report.

Almost 500 pilot whales have been stranded in Australia

Trudeau promises brave plan for Canada in speech from the throne