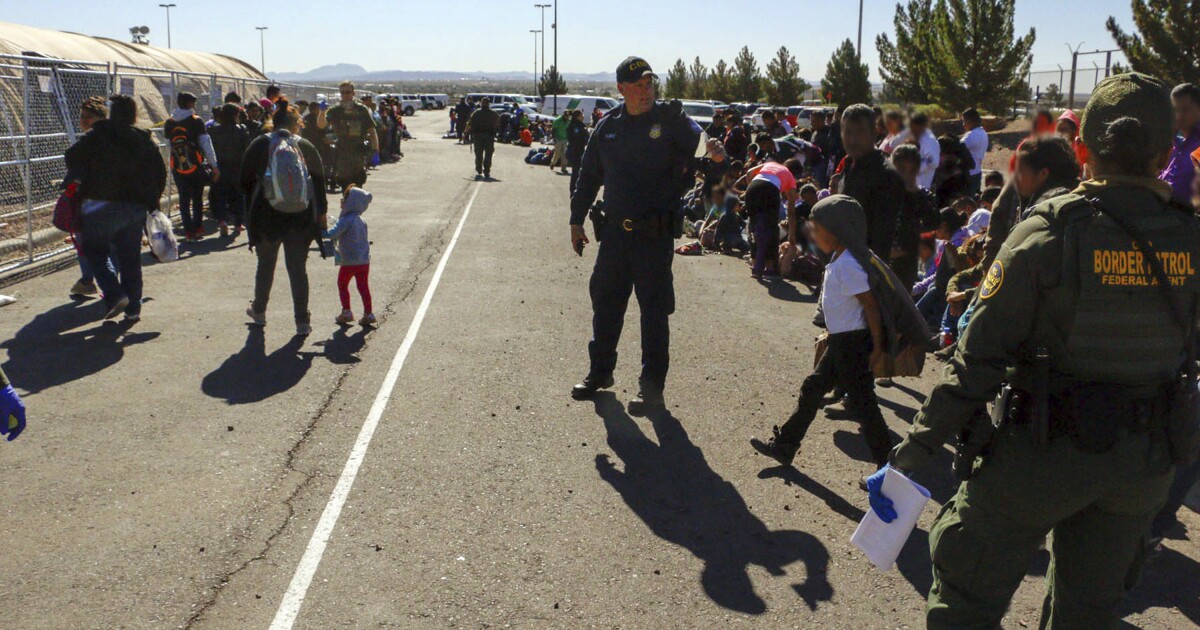 A government guardian warns of a potentially "violent" situation at a border surveillance station on the US-Mexico border where migrants are being held in insecure conditions. Nevertheless, Homeland Security officials are not planning any changes in the near future.

During an unannounced trip to the border from May 7 to 8, the Inspector General's staff observed that 900 people were detained in a facility with a maximum capacity of 1

Inspectors looked in cells and found 76 people in one that was suitable for a dozen people. Another cell for eight people held 41 people. A third cell with a capacity for 35 persons held 155 people.

"Border guards told us that some of the detainees were held for days or weeks only while standing," the Inspector General's report says.

The 2015 CBP National Transportation, Monitoring, Detention and Search Standards state that "under no circumstances may the maximum occupancy rate set by the Fire Marshal be exceeded."

The report found that it was not just persons who They were also in detention for much longer than is possible under the Border Patrol guidelines to detain prisoners before they are transferred to the Immigration and Customs Bureau.

"According to Border Patrol Prison Records, there were 756 inmates on site when we visited PDT on May 7, 2019. Of these, 502 inmates (66 percent) were detained at PDT for more than 72 hours [the limit outlined in TEDS]. With 33 inmates (4 percent) detained for more than two weeks, "the report said.

According to CBP, sanitary conditions have declined because detainees do not have adequate access to showers and clean clothes. Some men and women had "dirty clothes for days or weeks". Due to the overcrowded cells, some were in need of restrooms, making it difficult or impossible to use these facilities.

"We fear that overcrowding and prolonged detention pose an immediate risk to the health and safety of not only the detainees but also the DHS agents and officials. According to the Border Patrol management on site, the incidence of illness among employees is high, "says the report. "In addition, Border Patrol management on the ground indicated that concerns remain that tensions among detainees could become violent."

Agents at the train station told the inspectors they called ICE daily, hoping to have new beds available so that some detainees could be released from the agency's detention center.

The border patrol sector of El Paso is one of nine on the southern border. Since the beginning of fiscal year 2019 in October, the region has recorded the second highest number of illegally crossed families: 98,052. This number has increased by 1,816% compared to the previous year.

The Inspector General's Office said that he had informed the Acting Minister of Homeland Security Kevin McAleenan of his concerns and was not satisfied with the response of his department. The DHS said it will build a tent near the facility that seats 500 people until July 31st.